You are at:Home»News & Current Affairs»How far can Peter Robinson take his love-in with the GAA and Nationalists?
Social share: 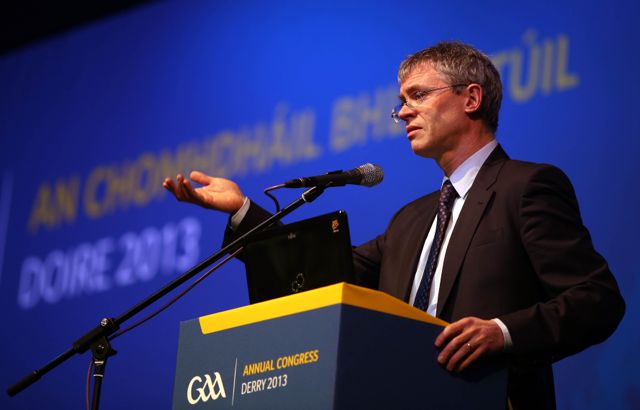 I was asked by a follower on Twitter if I know if  DUP leader and First Minister Peter Robinson wrote or believes the words he spoke at the Queen’s University event about the contribution the GAA has made to the Peace Process in Northern Ireland?

It is a fair question. I recall vividly how Mr Robinson took former Sinn Féin Education Minister Caitríona Ruane to task for using the term ‘parish’ in one of her documents.

The parish has been the hub of the GAA community for decades. So, if the First Minister showed his contempt for the notion of the ‘parish’ (a catholic, nationalist centric reality) back then, why is Mr Robinson now lauding aspects of the GAA?

Responsibility changes people. Peter Robinson knows some GAA people through being First Minister. He genuinely shared in the grief of the Harte family in Tyrone when tragedy struck that home. He witnessed the togetherness, community bonds and parish structures during the funeral of Constable Ronan Kerr, a catholic killed by dissident Republicans.

So I suggest Mr Robinson has come to appreciate the GAA in a qualified way in the sense too that it shelters a lot of young people from idleness, mischief and from the grips of paramilitaries. Like so many of us he has travelled in his head.

Presume the First Minister’s utterances are without foundation or genuine affection for the GAA – the fact is, Peter Robinson spoke those warm words about the GAA. He took ownership of those sentiments.

Could you imagine Gregory Campbell, Mervy Storey, Jeffrey Donaldson, Jim Wells, Nelson McCausland, David Simpson or Nigel Dodds,  Robinson’s deputy leader delivering a parallel speech about the GAA? This observation I guess puts in context the significance attaching to Peter Robinson’s generous remarks about the GAA and the risk he is running.

Do you think had Mr Robinson canvassed opinion on such comments in his Assembly/Westminster groups ahead of delivering his speech he would have taken this risk?

I have spotted little or no praise on Facebook or Twitter from within the Protestant/Unionist/Loyalist constituency for Mr Robinson’s acknowledgement of the strengths of the GAA.Does anyone believe Peter Robinson is galvanising support among his elected colleagues and huge swathes of his electorate in telling guests at Castlereagh Borough Council’s Mayoral Installation Dinner of Cllr David Drysdale:

“Unionism has historically had a siege mentality. When we were being besieged it was the right response but when we are in a constitutionally safe and stable position it poses a threat to our future development.”

Do those fellow Assembly and DUP public representatives sharing a platform and clapping spokespersons in the Loyalist Twaddell Avenue protest admire Mr Robinson for this charge  “I fear the real danger for Unionism lies not in what our opponents would seek to do to us but in what we do to ourselves.” 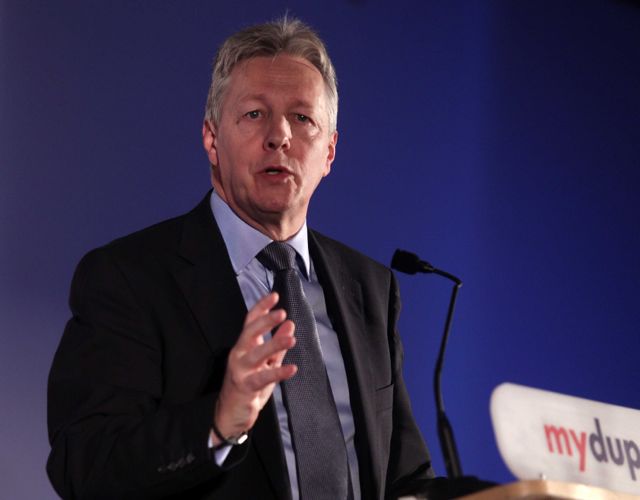 Does anyone believe those who were party to recent street protests are going to take kindly to this statement from Mr Robinson  “the violence was not only wrong but politically self defeating?”

Leading DUP elected representatives defied Mr Robinson’s appeals to stay away from flag protests, which were turning ugly. They snubbed his requests particularly in East and North Belfast.

All of the above stated puts in context how far ahead of many of his elected colleagues Peter Robinson actually is. Do I think the First Minister is more secure in his position as party leader as a result of his bold utterances in recent days? No. If he continues in this vein what will be his fate?

Unionist history is not on the side of liberal leaning party leaders. If we take Mr Robinson’s latest gestures towards the GAA at face value, why should he escape the wrath of right wing Unionism more than those previous leaders who were driven from office for such tendencies?

All of the above is predicated on Peter Robinson believing what he says. Many in the Catholic Nationalist community will be somewhat sceptical against the backcloth of Mr Robinson’s behaviour in the past year culminating in his Maze Long Kesh Peace Centre U turn. As of now the First Minister should be accepted at face value. Will he translate these noble sentiments into actions?