You are at:Home»News & Current Affairs»Opinion»“Don’t move or I’ll blow your head off” – Brian Rowan turns the pages of Gerry Kelly’s book ‘The Escape’
Social share: 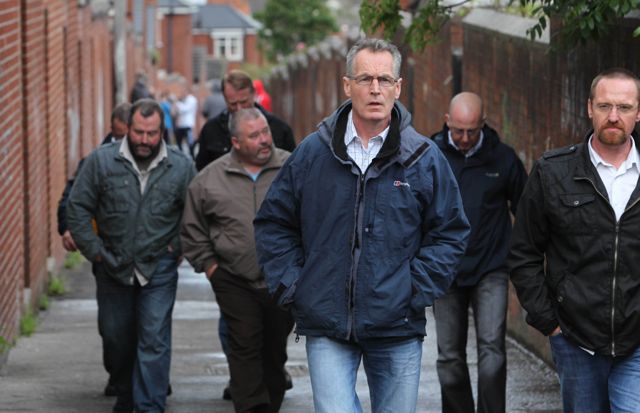 You have to read this book in its time; in other words, think back thirty years.

There were no ceasefires and no peace process.

The context of 1983 was within the frame of the continuing conflict and the ‘wars’ of many sides.

Thirty years ago Gerry Kelly was not a politician or a peace negotiator.

The Belfast republican was involved in the IRA bombing campaign in Britain in the early 1970s and, in 1983, he was serving life sentences in the ‘H’ Blocks of the Maze, the prison site that many still call Long Kesh.

His book is the story of the mass escape from there in September 1983; chapters that explain the plot from smuggled weapons inside the soles of shoes and boots, to overpowering prison guards through to the chaotic scenes at the final gate with the break-out rumbled and “the balloon up”.

Kelly was one of those who got away. 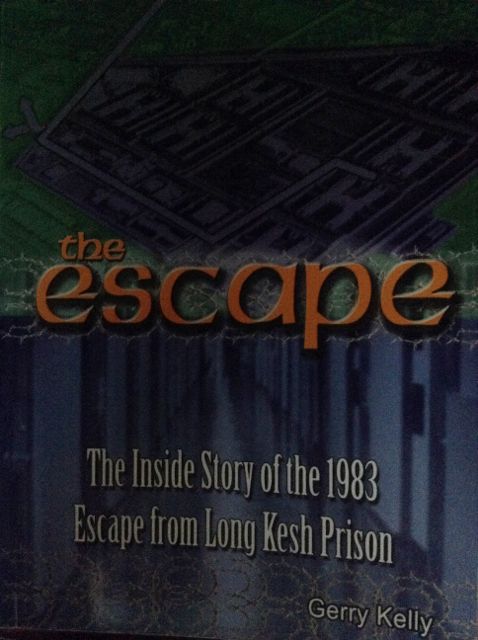 In an earlier phase of the escape, the shooting and wounding of a prison officer in the control room of H Block 7 is described but without Kelly expressly saying that he fired the two shots.

We read of other officers being confronted, and in one case Kelly aiming a gun from shoulder height and shouting: “Don’t move or I’ll blow your head off.”

So, this is a story written in the IRA war context; now being told from the outside in 2013, with all the knowledge of what was happening inside the jail those 30 years earlier.

The escape came two years after the Hunger Strike of 1981 when ten republicans died, and to make that break-out possible, there was a kind of charm offensive.

To quote the book, it was about “transforming the atmosphere from hostile to calmer relationships between guards and prisoners”.

A Belfast republican Larry Marley, who was shot dead by the UVF at his home in 1987, was being held in the H Blocks four years earlier and was one of the key planners of the escape, although not part of the actual break-out.

Kelly writes: “Through this charm offensive a profile was built up of the jail but just as importantly of the guards who controlled it.”

The escape was not just a decision for those on the inside. They needed guns and the approval of the IRA leadership at its highest tier within what is called the Army Council.

We read an account of one of its meetings in August 1983 – just weeks before the jailbreak.

“The idea of smashing the H Blocks in the wake of the Hunger Strike was tantalising…It was, in the end, an operational decision albeit with huge political ramifications.”

This was something to be considered not just in terms of success, but what if it failed?

Approval was given by that so-called Army Council and inside the jail the date was set for September 25.

Republicans – some armed – would take control of H Block 7, and a food lorry would be used to transport almost 40 IRA prisoners to the main gate and out of the jail.

Inside the prison for what was called the ‘SP’ – Set Piece – Belfast republican Bobby Storey had operational control or command.

Outside, on the day of the escape, if all went to plan they were to rendezvous with heavily armed members of the IRA from south Armagh and they would be driven to safe houses far from the jail.

That was if the food lorry managed to get outside the gates, but its arrival there coincided with a shift change, and rather than be driven out the prisoners had to run.

A scene is described in the book in which prison officers are blowing their whistles and the balloon is up.

Some got clear including Kelly and the IRA leader during the ’81 Hunger Strike Brendan McFarlane.

Others were quickly recaptured, including Storey.

In hi-jacked cars, Kelly and others made it to Lurgan and spent several days living under the floorboards in a specially constructed but by then disused arms dump, before being taken over the border.

McFarlane was in another group of escapers who spent several days walking and hiding in fields before making it to Camlough.

Also in this group was Tony McAllister.

Profiling those who escaped, Kelly writes: “He is the only one of all the 38 escapees who never reappeared in the public eye again, although it is known that he left the country sometime after the mass escape. It is believed that sadly Tony passed away through natural causes under an assumed name. He had carved out a new life with a loving wife and children.”

Kelly and McFarlane were captured in 1986 in Amsterdam and returned to the Maze, where Kelly was held until June 2 1989. 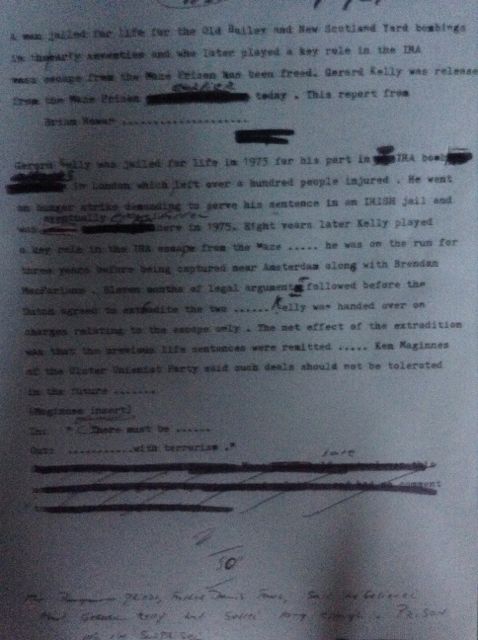 I was at the jail that day to report on his release – there with other BBC colleagues including Fergal Keane and Neil Bennett.

Kelly left without making any comment and melted into the background.

He is understood to have climbed to the highest tier of the IRA leadership and along with Martin McGuinness was part of secret contacts with the British Government that emerged publicly in late 1993.

Since the ceasefires he has been part of the Sinn Fein negotiating team.

He was elected to Stormont where for a period he was a junior minister and is currently the party’s spokesman on policing.

There will be those who will dismiss and condemn his book as a glorification of terrorism, and who will use different words from those used by Kelly to remember a day when prison officers were stabbed and shot and one died from a heart attack; a day like many others defined by brutality and wickedness.

Kelly’s book is one version – and the republican version – of that day; one piece in a much bigger jigsaw.

Should he have told the story?

It will depend on who you ask.

The fact is it has been written and published, and what it will now become is the next thing to be fought and argued over.

If we want the story of the past, it will come in many chapters and versions; not in one agreed narrative.

In this context, the book should be read and considered for what it is; one man’s story – a man identified today with the politics and developing peace of this place, but who thirty years ago was part of the IRA’s war and part of that headline escape.

Social share:
Gerry Kelly H Blocks IRA Long Kesh The Maze
Previous ArticleHow far can Peter Robinson take his love-in with the GAA and Nationalists?
Next Article To “The Barbarians… Whatever you say – say something” – by Brian John Spencer