You are at:Home»News & Current Affairs»So much has changed – so much is the same – Brian Rowan on the continuing battles over flags, parades and the past
Social share: 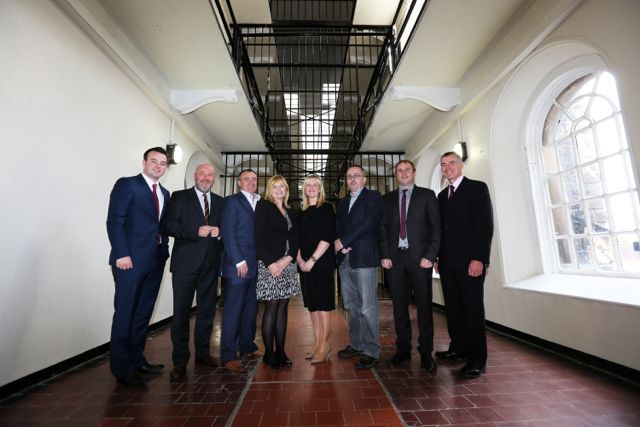 Away from all the headlines of the Haass talks a quieter conversation took place this week.

It had none of the heat and bad temper of that BBC studio exchange involving the DUP’s Jonathan Bell and Gerry Kelly of Sinn Fein; that on camera shouting match in the company of Mark Carruthers on The View.

What we saw in that encounter was further evidence of a deteriorating relationship in a week in which Martin McGuinness accused the DUP of reneging on a Programme for Government agreement on the Maze/Long Kesh Peace Centre.

Kelly repeated the charge in that BBC interview and just a few hours after his party colleague Jim Gibney wrote the following in his weekly column in the Irish News: “Mr [Peter] Robinson needs to rein in those in his party who are lemming-like racing us all to the precipice.”

Gibney doesn’t do solo runs. So, his article reflects a wider mood – the mood that both I and the editor of this website Eamonn Mallie have been writing about in recent weeks.

It goes to the top of the Executive – to the point that a red line has been reached and breached in the McGuinness/Robinson relationship.

The issue is the principle of partnership government; how it is meant to work and how it is not functioning, and this is the background play as Richard Haass and talks vice chair Meghan O’Sullivan continue their work, which is to try to achieve agreements on flags, parades and the past.

Haass says the goal is a consensus report that goes both broad and deep.

Those who have met him and O’Sullivan this week understand they are engaged with people who are read in and who know the detail of these subjects – the unfinished business of the peace process.

Bell and Kelly are part of the negotiations, and on Thursday in that television exchange the DUP junior minister spoke of Kelly’s involvement with the IRA making clear he saw both him and that organisation as victim makers.

The Castlederg republican commemoration continues to play out in a commentary on what has gone wrong – being presented by the DUP as part of the reason for the shelving of the peace centre plan.

Castlederg and commemoration were part of a much quieter conversation on Thursday – held inside the old Crumlin Road Jail building and hosted by the University of Ulster under the heading: Place or Past? Violence, Memory and Commemoration in the New Northern Ireland.

The Sinn Fein Chair Declan Kearney was there, Mervyn Gibson of the Orange Order, the loyalist Winston Irvine and Parades Commission Chair Peter Osborne – all part of panels and an audience within which the GAA, the PSNI, Alliance, SDLP and the DUP were also represented.

I chaired the event and Eamonn Mallie was one of the speakers.

He said he was “fatigued-worn out by commemoration” – something he said seemed to him “to equal victory”.

Another of the contributors Johnston McMaster said he suspected “commemoration is much more about the present than the past”, and then Kearney said the following.

That on Castlederg all including Sinn Fein could have done more to address tensions – that it was time to reflect on and learn from that experience, and he argued that commemoration needed to be conducted on the basis of dignity, mutual respect and not giving offence.

He was not just talking about republicans but made clear that Sinn Fein was “up for” that discussion and process.

There was no shouting in the room or in a conversation that also addressed the fallout over flags and marching.

Peter Osborne gave the figures on parades – an increase in the number of marches and he challenged the suggestion of any attack on Orange culture.

Winston Irvine said he believed the statistics on marches suggested parades were being used to strengthen an identity seen in his community to be under threat.

He arrived at the event with his party’s latest document on legacy issues, including the thought:

“It is clear that if Northern Ireland is to move on then it must transcend traditional and divisive antagonisms otherwise the future will become little more than an extension of the past, with the same exclusivity and the same ingredients for conflict remaining in place.”

Mervyn Gibson made criticism both of the media and the Parades Commission, but when asked if the Orange Order had made any mistakes, he replied: “If truth be told, yes – particularly in the heat of the moment.”

This event produced a grown-up conversation on raw issues – completely separate from but relevant to the Haass process.

Its stage was a former battleground – a jail remembered in the early 90s for killings and a bitter and bloody struggle for segregation involving loyalists and republicans.

Today it is a shared space, yet walk outside its door down towards Clifton Street, Carrick Hill and Donegall Street and you arrive at a point of marching and protesting controversy.

So much in this place has changed, and yet so much is the same.

Can Haass and O’Sullivan make a difference?

They need the mood of the conversation inside Crumlin Road Jail – and not the heat of the studio standoff.