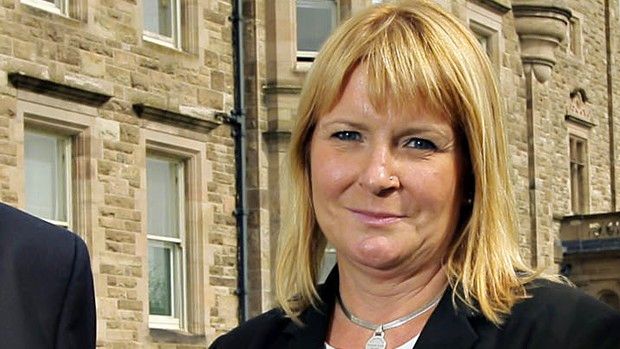 My tenure as Commissioner for Victims and Survivors began on 24 September 2012.  It has been an extraordinary year and to say it has been challenging would be an understatement.

I left England and Northern Ireland is now my home.  I have got used to a whole new way of day to day living, a new way of speaking – or rather understanding different accents.  And a new way of working.  What has remained unchanged is my passionate commitment to the needs of victims and survivors in this society.  It is from them I have learned most.

I have heard their bitterness, their anger, their regret.  I have heard their optimism, their hope and their refusal to give up.  I have learned that they sacrificed most, suffered most and have much to give to the “better and shared future”.  I understand that people have, quite reasonably, very different views of the world.  And that their hopes for the future are informed by this perspective.

Victims and survivors are not one homogenous group, they do not speak with one voice and so I must, equally and fairly represent them all.  I think I have done this.  On the Civil Service (Special Advisors) Bill, we asked our Forum for their views.  Some were entirely against the Bill. Others were for it.  Similarly, with the Maze Long Kesh development, some were for the development of a peace building and conflict resolution centre at the site.  Others were totally opposed to it.

I am often asked for my personal opinion on a range of things, including the definition of a victim.  I am not acting in a personal capacity.  I am acting in a professional capacity.  I must do what the law tells me to do, however difficult or challenging that might be for some.  It has been suggested that I should refuse to accept the definition of victim as some believe it to be “a bad law”.  It is for politicians to debate the law, it is for me and for all of us to act within it.

What has been achieved in a year?  I think a lot has been achieved.   I have completed 54 visits to victims groups,and  had many meetings with families and individuals.  I have held a large number of events, seminars and attended services and memorials.  Advice to Ministers has been submitted on the current Assessment Process and a Pension for those Seriously Injured in the Troubles.  I have met with Lord Freud to discuss Welfare Reform and along with the Forum, met with the First and deputy First Ministers to advise them on Services, Dealing with the Past and Building for the Future.

A year ago I stood up to introduce myself to the Victims Forum and ended my introduction with a quote which informs my life:

“Cowardice makes us do what is safe

Vanity makes us do what is popular

Expediency makes us do what is politic

Conscience makes us do what is right.”

The past year has taught me that doing the right thing is often the most difficult thing. Victims and survivors in this society demand our very best efforts.  They expect nothing more and deserve nothing less.

I will be meeting with Dr.Haass soon and I will tell him about my role.   I will tell him what victims have told me about what they want from his talks and tell him that there is an epidemic of emotional turmoil in Northern Ireland.  Unless and until this is properly addressed, the continued suffering of victims and survivors will be a scar on the conscience of this society.

Social share:
deputy First Minister Dr.Haass e Maze Long Kesh First Minister Northern Ireland Victims Commissioner
Previous ArticleSo much has changed – so much is the same – Brian Rowan on the continuing battles over flags, parades and the past
Next Article “Shouting loudest is not politics” – by Terry Wright

Kathryn Stone, OBE, was appointed as the new Commissioner for Victims and Survivors for Northern Ireland on 24 September 2012. Prior to taking up her post with the Commission, Kathryn was the Chief Executive of VOICE UK, a national learning disability charity, promoting justice and well being for vulnerable victims as well as supporting their parents and carers. Kathryn was also the Principal Inspector for Milton Keynes Council and Head of Inspection for the London Boroughs of Hammersmith & Fulham and Barking & Dagenham, responsible for the regulation of residential, nursing and day care. She also worked as an independent inspector for eight local authorities across the UK. For the past 11 years Kathryn has been involved with the Registered Intermediary Scheme sitting on the Quality Assurance Board and the Registration Board. She has also been a member of the Home Office Victims Advisory Panel (2006-2010) and a member of Derbyshire police’s independent advisory group since 2009, and chair of this group since March 2012. Kathryn was awarded an OBE in 2007 for her services to people with learning disabilities and was made a Chartered Director by the Institute of Directors in 2008 and a Fellow of the Institute of Directors in 2009.