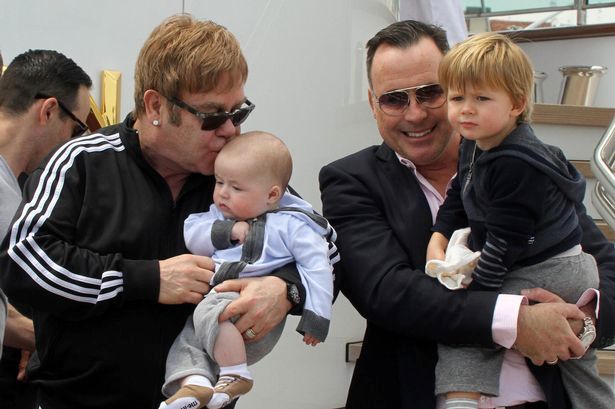 ‘We hold these truths to be self-evident, that all men are created equal.’ These words, drafted by Benjamin Franklin and enshrined into the secular Constitution of the United States, represent the most profound statement ever expressed by man on how governments should govern the governed.

America’s founding fathers chose rationale over received truth. By doing so they created a political system based on common rationality rather than on sectarian faith. These are the principles that have given America its exceptionalism.

All across the western world recent history has been a story of nations arcing towards these ideals – that all citizens should enjoy the inalienable right to freedom, justice and equality. As Thomas Jefferson said 50 years after the Declaration of Independence: “All eyes are opened, or opening, to the rights of man.” And this “opening” process continues: a sequential, serial and incremental awakening that is creating ever-more tolerant, plural societies.

Yet in Northern Ireland, like a butterfly metamorphosising into a slug, some of our leading lawmakers are working to dam the river of tolerance and equality.

A certain lugubriously dispositioned minister Edwin Poots has launched a unilateral legal action the effect of which would be to deny to specific peoples the rights and freedoms that others enjoy (with no public expense spared) – a legal action that can only be described as bigoted, and backward and as a cynical use of political office.

You would think that some retrospective awareness would induce a little modesty on the part of those lawmakers who attempt legislation in the name of the cloth. To the contrary, the religious motive which fuelled history’s worst bigotries is propping up the blimp of hatred and intolerance.

But retrospection also tells us that no law, whose purpose and effect is to disparage and injure others, can stand the test of time. Same-sex couples will come to enjoy full equality; we can be sure of that and if not by political agency, then by court-action. Courts make effective agents of social change where judge-led nudges can lay down progressive jurisprudence.

It also requires activism and agency from the public. I will come back to this, but before I do so we should take care to concern ourselves with the motive of Minister Poots’ futile legal action.

Firstly, we should unveil and assail the irony and hypocrisy of the action. To be British is to lead the world. To lead on matters of culture, social justice and human rights. Poots is uber-British. Yet this grotesque episode is a bit like the Loyalist protestors – profoundly unBritish.

Secondly, this episode raises serious questions on the capacities of our leadership and governance. A genuine leader is not a reinforcer of old-order ideals but a moulder and creator of new thinking and new ways of living.

This action goes against modernity, good sense and illustrates a gross deficit in leadership.

Thirdly, (if we don’t know it already) this episode shows the desperate need for a separation between ecclesiastical and civil matters. Religious law is a dead hand – it can only endure. Religious law cannot adapt or serve the ever-changing nature of human life – whereas law made by a secular legislature can adapt.

Coming back to the need for agency and activism. Northern Ireland needs the modern, functioning, internationalist youth to push back against discriminatory holdouts.

We should look to the foresight of Mary Robinson, who in 1967 at the age of 23, used her inaugural address as auditor of the law society in Dublin to speak on law and morality and take on every sacred cow. She took on the authoritarian and repressive influence of the Catholic Church, fighting for contraception, women’s rights, divorce, abortion and gay rights.

This latest episode is the doing of a man attempting to paint his interior vision of the world onto the canvas of a changing Northern Ireland.  We cannot afford reticence: for ignorance and apathy are the catalysts for discrimination and sectarianism. The young and outward looking need to contest and push back against this anachronism and discriminatory Puritanism.

Social share:
Edwin poots equality Northern Ireland
Previous ArticleA red line reached or breached? Eamonn Mallie and Brian Rowan ask
Next Article So much has changed – so much is the same – Brian Rowan on the continuing battles over flags, parades and the past