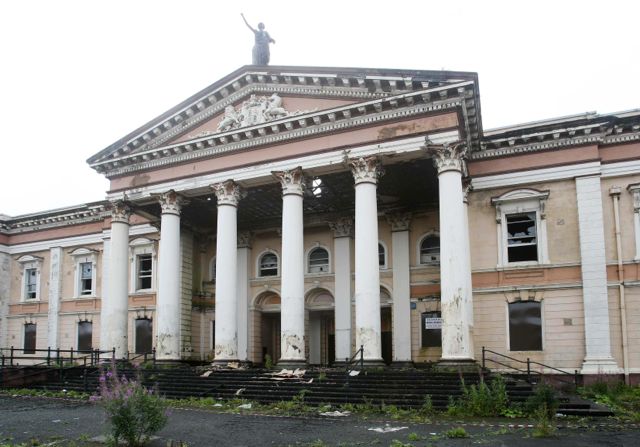 The debacle emerging from the plans to construct an iconic world class Peace Building and Conflict Resolution Centre on the former Maze/Long Kesh site has once again caused embarrassment both locally and internationally for the Northern Ireland Peace Process.

As ever, most politicians and people have divided along traditionally sectarian lines with Protestants, Unionists and Loyalists (PUL) generally opposed while Catholics, Nationalists and Republicans (CNR) appear to be in favour of the Centre being located on the Maze/Long Kesh site.

In the brouhaha to support or oppose its construction, little discussion actually took place on what benefits the Centre could have provided to move us all beyond the zero sum game of shared out sectarianism.

Now as we linger on the precipice of a 30 months electoral war, when the madness of mendacity will descend to convince a majority that our political elites can bring peace, it appears unlikely any deal will be agreed to construct an iconic world renowned Peace Building and Conflict Resolution Centre at the Maze/Long Kesh site.

So how do we resolve such international embarrassment and move beyond this messy situation?

Given the politics of animosity that has built up over the Maze/Long Kesh site it is now time to think of a new location for the Centre.

As discussed here, Peace Building is designed to address the deep-rooted causes of conflict by transforming war, violence, economic despair, social injustice, human rights and political oppression, through participatory problem solving activities, as a means of supporting societies to find a more sustainable and pervasive peace.

Therefore, any proposed re-location of a Peace Building and Conflict Resolution Centre needs to be in a place that has suffered high levels of political violence, economic despair, social injustice, poor human rights and political oppression so that it can break sectarianism and kick-start a physical and social regeneration process for those communities most in need.

Therefore planning to re-locate the Centre will necessitate the lobbying of the UK and Irish governments, the EU and US administration, to help ‘grassroots’ peace activists achieve this objective.

In addition, faith leaders support will be needed to help agree the re-location of a Peace Building Centre.

A compromise location, for an effective rather than and iconic world class Peace Building and Conflict Resolution Centre, could be agreed for North Belfast.

The re-location of the Centre in North Belfast would also compliment the construction of the University of Ulster’s new Campus in Frederick Street and help draw on the University’s academic skills and knowledge to make the Centre both effective and efficient in peace building and conflict resolution.

To offset the problems arising in the Maze/Long Kesh debacle, both the UK and Irish government civil servants could be directly appointed to manage the construction of the Centre. With EU funding, both governments could then ensure peace activists secure an international Centre for Peace Building and Conflict Resolution that is fit for purpose.

Locating the Centre on the site of the Crumlin Road Courthouse or Girdwood site would not only compliment the gaol opposite but also symbolize how this compromise location symbolizes government intent to deliver peace based on the justice and equality for the victims and survivors of the conflict.

With a national government project management structure in place an effective and efficient world class Peace Building and Conflict Resolution Centre could be constructed and then begin to provide education and training on how to tackle sectarianism, economic despair, social injustice, human rights and political oppression as well as providing support for victims and survivors in contested societies.

Providing education and training facilities in Conflict Resolution could also help develop local participatory problem solving activities, as a means of supporting the people of Northern Ireland in finding a sustainable and pervasive peace.

By taking direct control of the construction of this Peace Building and Conflict Resolution Centre both governments would not only be fulfilling their commitments, enshrined in the Belfast Good Friday Agreement, but also signaling to the wider Northern Ireland and global population that peace building and conflict resolution are the only tools and technologies to effectively overcome sectarian politics and promote a fair and egalitarian post-conflict society.

Through the construction of this Peace Building and Conflict Resolution Centre in North Belfast more people and places could begin to recover from shared out sectarian politics and develop a more prosperous and egalitarian society.

If peace activists can secure a non-contentious Peace Building and Conflict Resolution Centre then, as Brian Rowan notes in his eloquent and inspiring reflections on how to deal with the past, we all then might learn how ‘remembering, remembrance, commemoration can be done quietly and without the parade’ to make peace pervasive and provide a guiding light to move us all beyond the maze of ghosts that permeate our past.

With the construction of an effective Peace Building and Conflict Resolution Centre in North Belfast we might then help society to build reconciliation through peace, to move us all beyond the zero sum game of shared out sectarianism.