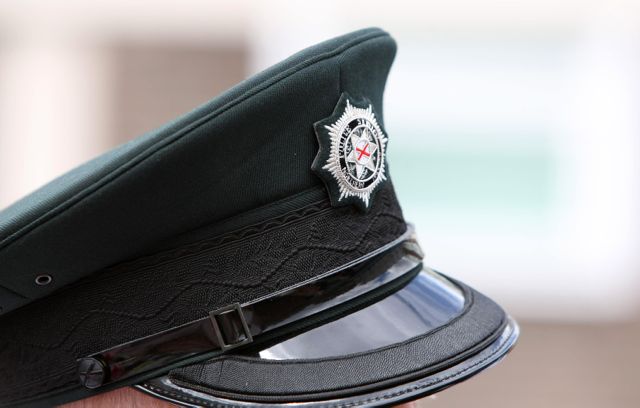 And so a lull has finally arrived. Time to reflect on what has been one of the busiest, and according to the Police Federation, most violent periods for PSNI in recent history.

After nearly a year of significant security operations, events to be policed and disorder to be managed, in the space of two weeks, the ‘normality’ for which we crave as part of ‘peace time,’ has arrived.

Life in Northern Ireland has become that little bit more bearable as the collective sigh of relief dares to whisper that we’ve had a weekend without violence.

But while the process of peace grinds along for the majority, businesses struggle and economic woes persist, expecting the unexpected in terms of violence, disorder and political stalemate are still the everyday norm for PSNI as they mop up the unfinished business of politics.

It doesn’t take forensic analysis of events during the past few months to see that policing and security remain as a central hub upon which fortunes of Northern Irish society still turn.

At a general level, we’ve witnessed the so-called ‘flag protests’ bringing in the New Year; the recent ‘G8’ summit at Lough Erne; the ‘traditional’ summer disorder to which we’ve all become accustomed; ongoing ‘dissident’ bomb threats and paramilitary attacks; the World Fire and Police Games in August; and not forgetting the recent street disorder in Belfast city centre during which 56 PSNI officers were injured. Indeed, the incursion of violence into the apparently ‘neutral’ space of the city centre is a worrying development in and of itself. And of course we can’t forget that PSNI must also deal with concerns and fears related to so-called ‘normal’ criminality.

But aside from the success (or otherwise) of how such events have been policed, notwithstanding the parallel political sport of finger-pointing and blame for our more contentious events, as a society we often miss a key point. That we are still far too reliant upon policing and security as an answer to our collective cultural and political inertia, as the unfinished business of the peace process. 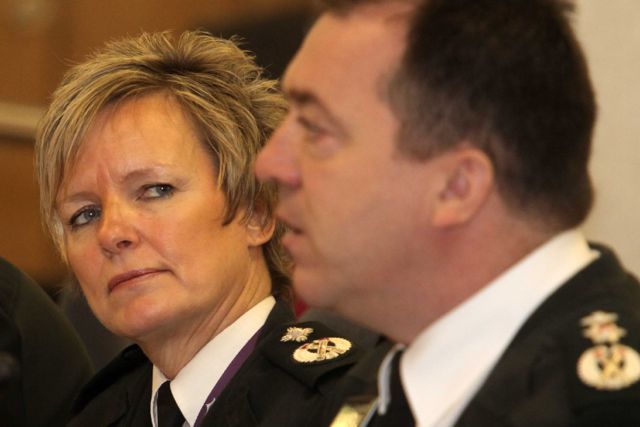 As witnessed time and again – at Carlisle Circus, Ardoyne, or the Newtownards Road as some of the symbolic ‘flashpoints’ around the country – PSNI have become the unintended arbiters of our dysfunctional, tribal political system where violence and conflict have become the (almost) inevitable outlet when political lines become twisted and the rule of law is contested.

With American interest in the country having returned through Richard Haass due to the continued fragile state of the peace process, the same leaders who shout ‘heavy handed policing’ and who swing from police land rovers should perhaps look at their own leadership on issues which contribute to the status quo.

This is not to criticize the actions of individual politicians and parties who have their own corners to fight and constituencies to represent. But as a whole, it is a case of divided we stand, divided we are falling.

In spite of the Cardiff talks, in spite of the financial resources tipped into ‘dealing’ with problems here, in spite of the fifteen years since the Belfast Agreement, when submissions are being made to the Parades Commission to have protests about the counter protests to a parade, it is time for someone, anyone to take a stand in the name of progress.

Though regardless of opinion related to the how and why of PSNI operational decision-making, we have to remember that PSNI too are in a fragile state.

A toxic mix of months of policing operations (beginning last September during the St. Patrick’s Chapel flashpoint); long working hours; restricted or cancelled annual leave; increased psychiatric referrals within the organisation; not to mention nearly 500 officers having been injured since December 2012, have all combined to increase pressure on officers to intolerable levels in some cases.

Just to give some scale as to the number of injured officers and organisational impact, this equates to nearly 75% of the entire number of officers dedicated to neighbourhood policing within the service. So when substantial numbers of officers are removed from duty, even for short periods of time, the detrimental impact upon ‘normal’ policing is undoubted.

On the one hand, Terry Spence, the Chair of the Police Federation for Northern Ireland, has long called for increased recruitment for PSNI in terms of current officer levels being too low to cope with the potential for disorder.

Representing the majority of rank-and-file officers, while pedalling a tough line he is right to claim that resourcing is out of balance. Indeed, the reduction in police numbers advocated under the Patten reforms was predicated upon a version of reality somewhat more settled than that to which we are currently accustomed.

Yet on the other hand, related messages from the Chief Constable have been rather conflicted. Going back to the 80 or so days of disorder at the end of 2012, he was publicly quoted saying that even with the number of officers available at the height of the RUC at 13,500 he still could have not ‘policed’ his way out of the problem.

Yet more recent episodes between Theresa Villers and Matt Baggott on the issue of resourcing would suggest that PSNI do have the necessary resources to deal with whatever is thrown at it. Somewhere in the middle lies the reality. 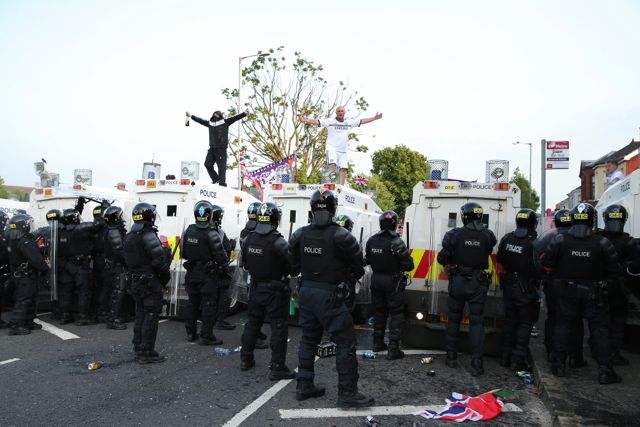 But in many ways, the numbers game in relation to PSNI officers detract from the issue that no matter how many police patrol the streets of Northern Ireland – whether through extra recruits or mutual aid – we cannot police our way out of the current impasse. And to an extent, the current debate as to whether we should have an extra 500, 1000 or even 10,000 officers is but a moot point.

It is important to remember at present, we currently have one of the highest police-to-population ratios anywhere in the Western world. But even that is seemingly not enough to slake the thirst of the security demand. And at all times such debates deflect from the wider political machinery and its failure to produce results between our ever more divided and segregated communities.

As eloquently articulated by Hannah Nelson, the sixteen year old chosen to speak alongside President Obama’s Waterfront Hall address during the G8: “I think that it is easy for some to just sit back and hold onto the past. For peace to be an actual reality, however, we all need to take responsibility in the present”. No truer words could be spoken.

But a key stumbling block is the fact that there is no clear, collective vision from the political elite as to the solution to our current ‘peace equation’. It is of course vital not to become lost in such sentiments and pretend that we can simply dismantle the Troubles architecture with good will alone. But to merely rearrange the known variables of politics, violence, policing and security in the same ways will only ever produce the same results.

In this regard, until as a divided society we can see that our own views, opinions and experiences are but one reality among many who share the polity, we still await our eureka moment.

Dr. John Topping is currently a lecturer in criminology at the University of Ulster. His main research interests are on policing with a particular focus upon community policing, police training and public order policing. He is also head of social media strategy for the Institute for Research in Social Sciences (IRiSS), also at UU. An overview of his research can found at: uk.linkedin.com/in/johnrtopping/ You can also follow him on Twitter: @drjohntopping