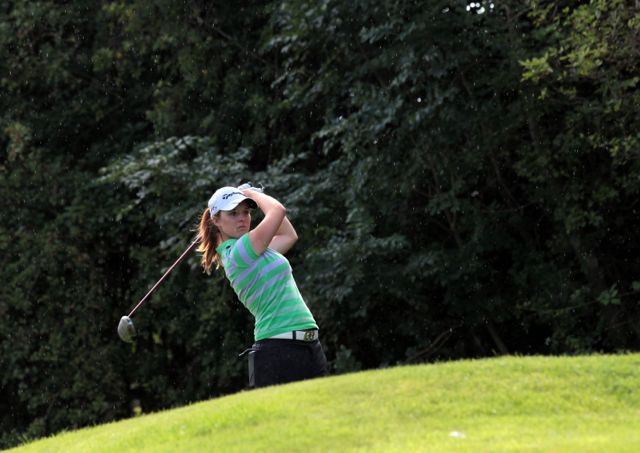 They shared a golf club, which has grown world talent. Now out of the seeds of a youth policy, another Holywood star is emerging.

Jessica Carty, who turns 19 in October, is off to the University of Denver at the end of August to study, choosing the US over the UK much like Graeme McDowell.

Jessica grew up in the company of Rory McIlroy, their dads are best friends, golfing partners and champions on the Holywood course, but it is this generation to which Jessica and Rory belong, that are writing the big golfing stories.

With five golfing titles under her belt, she is a source of great pride to her parents Eamon and Kathleen.

Her father, who got her into golf has been out on the green for over 30 years. He said she has always been an active child.

“Jessica played lots of sports when she was younger (football, Gaelic, Irish dancing) so she had an interest in everything and it seemed natural to get her started in golf. Jessica has been playing Golf for ten years, starting at Holywood golf club aged 8.

“She had natural ability at most things whether it was in sport or with musical instruments. She also had great coordination and strength through playing other sports which really helped her when she was just starting. “ 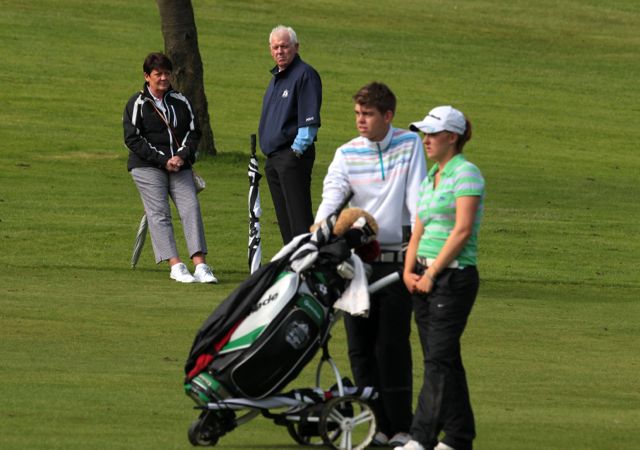 Gerry McIlroy, Rory’s father and Eamon, have been best friends since primary school.

Jessica likes to keep in touch with the world’s number three golfer, who has been a source of inspiration throughout the years, “Rory has so much natural talent but he has also put a lot of work in to get where he is today, so he has really inspired me to work hard.

“He has sent me a few text messages to say well done for winning some competitions but I haven’t seen him in a while, he’s so busy.

“He always tells me to keep up the good work and keep practicing!”

As well as the supportive words of Rory, Jessica also looks to female golfers for inspiration, “I loved Annika Sörenstam and really admire her for what she achieved in her career. I also like Morgan Pressel as she was just 18 years old when she won her first major.”

Jessica is leaving in the next few weeks for the University of Denver, Colorado where she will spend the next four years studying and focusing on her golf, after being granted a full Golf scholarship.  “I would love to play Curtis Cup, (Ladies equivalent of Walker Cup), and then consider turning professional after University.

“I chose Denver because they have great facilities and a great coaching team which will help me improve. It is also a super University and in such a nice location.

“I’m really looking forward to travelling around America playing in tournaments with the Denver team.”

Now that Golf is firmly in the Olympic line-up, Jessica aims to take part in the future,  “I love representing my country and being part of a team. It would be a great experience to be part of the Olympics.” 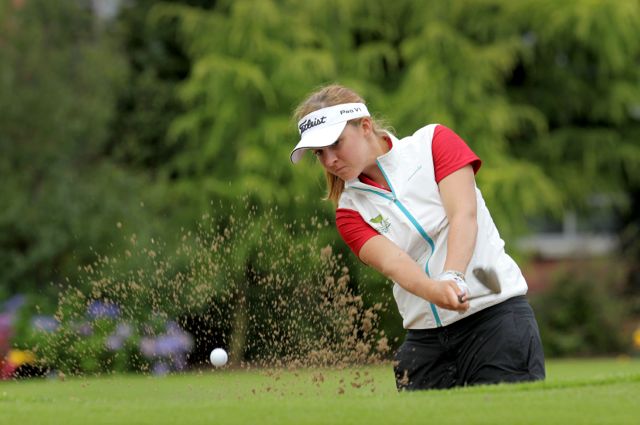 Although she’s not professional yet, could she beat Rory in a game? “Good question- It would be tough with how far he hits the ball but I would love to play against him soon and see.”

It has taken Rory and Jessica a lot of hard work to get to where they are now, and inspirational words are always welcome to budding sportsmen and women.

Jessica’s own words of wisdom are, “Work hard, believe in yourself, and anything is possible!”

Jessica competed in the German U19 Junior Masters, held in Heideschiem outside Frankfurt, earlier this month.

Maria is a student currently studying towards a Masters in Journalism at UUC. She has worked with UTV, the BBC and currently at work at the Belfast Telegraph.