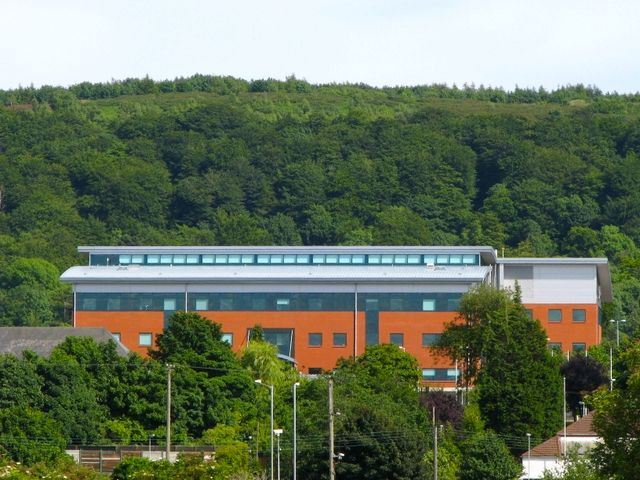 Last night we had a briefing from senior retired police officers about the threat to national security from evidence that is being given in inquests in Northern Ireland that opens up the whole modus operandi of our security forces and security services. What do the Government intend to do to protect national security from this threat?  (Parliamentary Question, Jeffery Donaldson MP, 4 July 2012).

It is not clear from the above about which particular modus operandi former RUC officers are lobbying elected representatives. Without understating what still remains concealed, should it relate to the modus operandi of handling of paramilitary informants during the conflict it would appear a little late to prevent the justice system from shining a light on the prevailing practices.

Documents declassified by the de Silva Review into the killing of Pat Finucane include records of a high level RUC–NIO meeting on the 13 March 1987 which sets out that the approach was “placing/ using informants in the middle ranks of terrorist groups. This meant they would have to become involved in terrorist activity and operate with a degree of immunity from prosecution.”[i]

1988 RUC ‘Guidelines on the Use of Terrorist Informers’ recently released to CAJ under freedom of information, state the obvious within such a system, that if informants were instructed by handlers not to be involved in serious crimes then they “will automatically become the subject of suspicion (and probable eventual death).”[ii]

The more evidence emerges the purposes to which such a system was put to appear to be – far from upholding the rule of law (e.g. taking reasonable steps to protect all lives and taking forward as many prosecutions as possible) – to manage the conflict with a view to security force victory against the IRA outside of the law.

Judge Cory’s Collusion Inquiry Reports conclude that the attitude of RUC Special Branch (SB) and FRU were that they were “not bound by the law and were above and beyond its reach.”

The first Police Ombudsman, Nuala O’Loan’s 2007 Operation Ballast report into RUC SB collusion with the north Belfast UVF revealed their actions had “consolidated and strengthened” the UVF in the area.[iii]

Stevens found that both sides of the community were not dealt with in equal measure in relation to threat information his enquiries concluding “Informants and agents were allowed to operate without effective control and to participate in terrorist crimes. Nationalists were known to be targeted but were not properly warned or protected.”[iv]

Even de Silva concludes that steps were ‘often’ not taken to protect persons considered, in the words of an intelligence document, to be a “thorn in the side” of the security forces.[v]

For human rights organisations this system was not only outside the law but exacerbated and prolonged the conflict.

There are those within the security establishment who would defend such a ‘counter-insurgency’ model as having helped end the conflict. It is nevertheless still officially denied given it is not possible to run such a system lawfully in a democratic society.

In this context a complex system was derived, in which it is possible to facilitate, tolerate or even direct agent criminality, including killings, with impunity.

As commented on elsewhere there is a lengthy narrative captured within the de Silva review of failed initiatives, seemingly stemming from a desire from senior security personnel for greater legal cover, to effectively set such a system up on a statutory basis.

Declassified documents make clear ministers were however somewhat reluctant to accede to RUC requests in the late 1980s for guidelines which would have given written ministerial sanction to allow paramilitary informants “to take part in serious crime”.

The RUC conceded the issue was a “hot potato” for the NIO despite, the RUC noted “the fact that what actually goes on is known or assumed” and legally, the RUC argued, the NIO were not being asked to approve agent criminality beyond what was already the case.[vi]

Such a system operated in parallel to, and at times in tension with, the law enforcement role of the police. The system was built on SB primacy and isolation, and on what an Assistant Chief Constable, giving evidence to the Billy Wright Inquiry, would describe as  “…a practice or culture that existed in an organisation where the members did not keep records, so there was no audit trail. Nothing could be traced back, so that if they were challenged they denied it, and that denial, being based on no documentation, would become ‘plausible deniability’.”[vii]

Such a policy facilitates impunity and Stevens concluded in incidents examined in his enquiries that the absence of records made it impossible to sustain criminal allegations against state actors.

The outworkings were also documented in the Operation Ballast investigation including failures to arrest informants for crimes to which those informants had allegedly confessed; subjecting informants suspected of murder to lengthy sham interviews and releasing them without charge and falsifying or failing to keep records and interview notes. (Home Office policy guidelines which would prevent informant criminality were also set aside by SB).

A formal system to this end was instigated from the 1981 ‘Walker Report’, named after its author, the then deputy head of MI5’s Belfast station, who later became its Director General. This blueprint reportedly gave RUC SB wide ranging powers stipulating priority was to be given to running paramilitary informants over solving crime.[viii]

According to the Sunday Times the Walker Report specified “that records should be destroyed after operations, that Special Branch should not disseminate all information to Criminal Investigations Detectives (CID) and that CID should require permission from Special Branch before making arrests, or carrying out house searches” to protect informants.[ix]

The consequent RUC Force Order accordingly set out “all proposals to effect planned arrests must be cleared with Regional Special Branch to ensure no agents of either RUC or Army are involved.”

The Force Order also stressed it would now be ‘unnecessary’ for CID to be involved in work on paramilitary intelligence documents apparently to avoid “setting up another channel (apart from SB) of reporting on subversives.” [x]

This clandestine counter-insurgency approach to policing became untenable in the PSNI of the new millennium. The Patten Report had already recommended the downsizing, deinstitutionalisation and integration of RUC Special Branch, the establishment of a Commissioner for Covert Law Enforcement in Northern Ireland, and the adoption of published legal and ethical guidelines on the handling of informants.

From October 2003 on, in the context of the Police Ombudsman’s Operation Ballast investigation, the PSNI instigated a ‘major review’ of all their informants, known as the CRAG review, which resulted in around a quarter of all informants being let go, half of them as they were deemed “too deeply involved in criminal activity”.

CRAG also established policy that involvement of informants in criminal activity beyond membership or support of a paramilitary organisation had to be approved by the Assistant Chief Constable (ACC) and that all criminal activity by paramilitary informants had to be strictly documented and controlled. New procedures, training requirements and written policy standards by the PSNI are also referenced.[xi]

The PSNI will not currently confirm or deny the ongoing existence of such a procedure, nor will it release even summary statistical information on how many ACC authorisations have been issued and for which types of crime (despite the public interest in knowing, for example, if incidents of paramilitary racist violence or drugs dealing have been sanctioned or tolerated.)[xii]

However, one source did indicate that at present numbers are low and there is also potential for scrutiny by the Police Ombudsman and Policing Board, which recently established a Covert Policing Working Group.

What is notable is that not long after the establishment of the authorisation and documentation system within the PSNI, the British Government announced to Parliament, in February 2005, the intention to formally transfer primacy for ‘national security’ covert policing away from the PSNI and to the Security Service MI5.[xiii]

The secrecy surrounding MI5, which had already continued to operate here, means it is again impossible to know if the agency is operating informants within the law or what its procedures, training and personnel (including the proportion of former RUC SB members) are.

The ‘oversight’ arrangements for MI5 are so weak that they include a secret court which has never upheld a single complaint against the agency.[xiv] Even modest safeguards committed to by the UK government in the St Andrews Agreement to publish high level policy documents setting out the MI5-PSNI relationship have been reneged on.

The investigatory powers of many of our oversight bodies from the Criminal Justice Inspector, Ombudsman and Human Rights Commission are curtailed by law so they cannot look into MI5 activities.

In essence we now have force outside a force and an apparatus for collusion has been reinstated.[xv]

The final question remains as to what use in current circumstances is such a system being put?

Given the record of MI5 past and present (including its recent involvement in extraordinary rendition) it would appear unwise and naive to assume its primary agenda and objective is simply to uphold and work within the rule of law.

Given how little can be ascertained as to its actions at present much will remain speculation; what is known of its past activities as a protagonist in the conflict has often only come to light many years later.

CAJ research did however record some worrying indications.

This included Court proceedings relating to a mysteriously aborted prosecution over the 2006 Boucher-road firebombings which raised the spectre of the Security Service running agent provocateurs in an attempt to destabilise the peace process.[xvi]

Whatever its activities the question has to be asked: if MI5 will only operate within the rule of law then why not subject the agency to at least the same accountability arrangements deemed fit-for-purpose for the rest of policing?

[i] The Report of the Patrick Finucane Review Volume 1 (De Silva Review) , paragraph 4.36.

[viii] Norton-Taylor, Richard and Hopkins, Nick ‘Security Service Told RUC That It Could Put Spying on Terrorists Ahead of

[xv] For detailed commentary see the 2012 CAJ report ‘The Policing You Don’t See: Covert policing and the accountability gap: Five years on from the transfer of ‘national security’ primacy to MI5’.