You are at:Home»News & Current Affairs»“Billy don’t be a hero”
Social share: 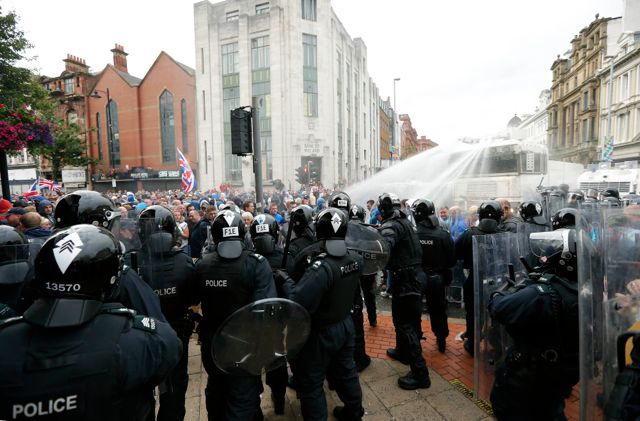 What we are now witnessing on the streets of Egypt could happen here.

Sky cameraman Mick Deane (pictured below) died yesterday when he was hit with gunfire in Cairo.

I had my own brush with danger as a reporter during my time covering the Troubles here.

Yesterday forty-four years ago the British army took to the streets of Derry to prop up a beleaguered RUC.

Violence was in its infancy then compared to where it eventually went but it was a seminal moment.

The army remained on the streets of Northern Ireland for over thirty years.

Scores of soldiers died between the time of their arrival and their eventual withdrawal. 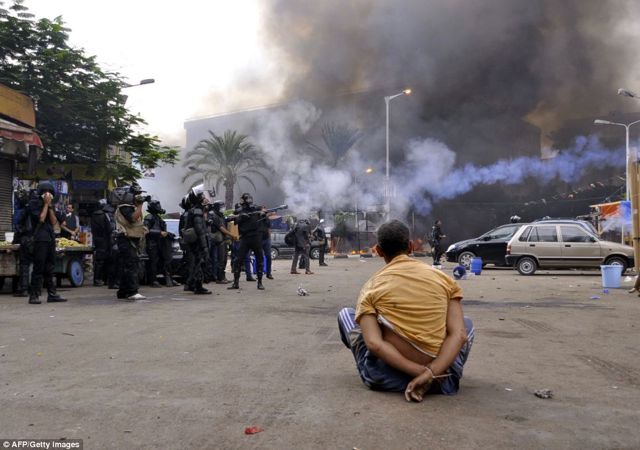 Scenes from yesterday in Egypt. Image courtesy of AFP/Getty Images

The scale of the violence in Egypt is frightening, multiples in one day of the loss of life at Narrow Water and on Bloody Sunday. Will the Military be in charge for 30 years?

It is easy to sit back and watch all this bloodshed being played out in the cities of Egypt and think “but that is away over there. That couldn’t happen here.”

From personal experience anything is possible once large numbers of people take to the streets as we saw at the weekend in Belfast.

I lived through enough to speak with authority. I vividly recall the day I thought I was going to get killed during a police charge in west Belfast. That same day youths seized my vehicle and torched it in front of my eyes.

I still shudder too when I reflect on the day that a young soldier fell wounded at the door of my car in west Belfast during an IRA gun attack on a foot patrol on Kennedy Way. 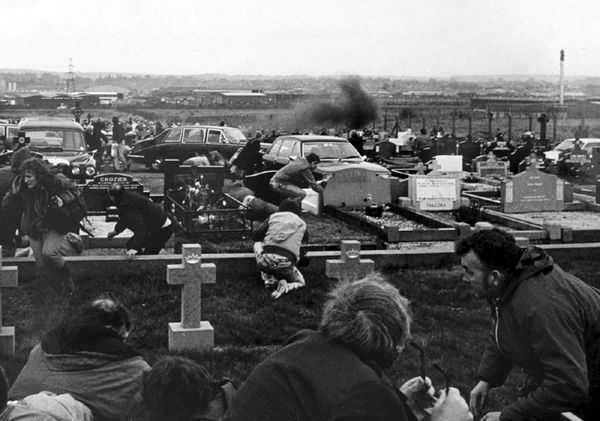 Who among us as members of the media in 1988 didn’t momentarily fear for our lives when loyalist Michael Stone shot up Milltown Republican plot and fired grenades into the crowd as we covered the funerals of those called ‘The Gibraltar Three?’

When an angry crowd comes face to face with those charged with enforcing law and order as directed by the State there is no telling what might happen.

A 1984 anti internment rally in Andersonstown in west Belfast degenerated into violence after the RUC attempted to arrest one of the speakers, Martin Galvin. He was the director of the US-based NORAID (Irish Northern Aid Committee- a Sinn Féin support body) and had slipped into Belfast to address the republican rally despite being banned from the UK.

Several journalists and I had taken up position beneath the podium for the purpose of recording the speeches. Once Galvin mounted that podium in the garden of Connolly House to wild applause the police revved up the landrovers and charged forward to break down the gates.

At that moment as the RUC went after its quarry I genuinely thought I was going to get crushed to death faced with the unstoppable oncoming police vehicles.

All hell broke loose with the republican crowd outraged.  When order was restored 22 year old Sean Downes lay dead after being hit with a plastic baton round. The police later said an officer fired the round when a young man armed with a white stick went to strike a policeman.

In essence, no one should underestimate the potential threat to the life of the journalist or any participant in a street protest. 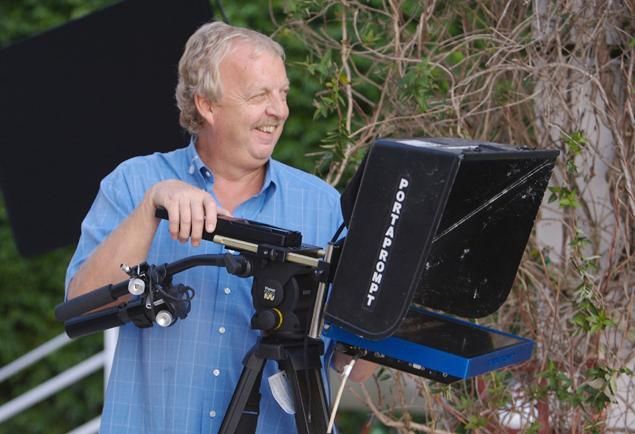 To all the young loyalists and republicans protesting over flags, the right to commemorate, march etc. remember the words of the song  “Billy don’t be a hero:”

“Billy, don’t be a hero, Don’t be a fool with your life

“Billy, don’t be a hero, Come back and make me your wife

“And as Billy started to go, she said, ‘Keep your pretty head low’

Needless to say Billy did not come home alive.

(The 1974 anti war song “Billy don’t be a hero” is often associated with the Vietnam War, though it actually refers to the American Civil War as evidenced by the “soldier blues” (the Union Forces) in the lyrics and on the cover of the single. Paper Lace performed the song on pop shows wearing Union uniforms).