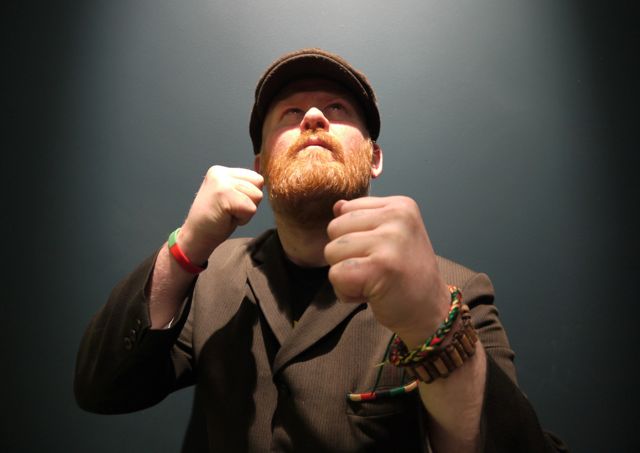 My world was west Belfast. I lived with my family of five brothers and four sisters. The Troubles were raging and the British army was on the streets. Day in, day out there were killings and bombings.

My world was brutal but full of love and support.

As a fledgling song writer – a particular melody had taken up residence in my brain and every time I was alone this melody came to visit.

One night on my way home from my girlfriend’s, I passed a recently dispersed riot. The smoke of sulphur from the rubber bullets was hanging in the air.

Ten years later “Belfast” got to number 48 in the British charts and number 1 in the Irish charts with my band – ‘Energy Orchard.’

Looking back to the 17 year old Joby Fox and reflecting on my  journey and that of my city – I recall meeting the son of a Reverend from the Shankill Road through the local music scene – we formed a friendship that remains to this day.

Belfast was a polarised city – you were either ‘one or the other’ in those days.

Today, thankfully, most people that I know have transcended the labels that they were given or had assumed.

‘We have come a long way together’ I thought when writing a third verse for a new revised and rerecorded version of ‘Belfast’  – 33 years later.

The ‘flag issue’ had just kicked off  and it seemed that we needed to be reminded that we still have some way to go.

‘Hold my hand so we both can be free from the trouble and the darkness’, I wrote.

The only way we are going to find peace is together.

We have shared the same dark space for so long and we alone know the blinding truth of what it takes to move on.

On the 31st  of August I release my new version of ‘Belfast’ at the ‘Believe’ event in the Strand Cinema as part of the East Belfast Arts Festival.

Coincidently that date coincides with the 19th anniversary of the IRA ceasefire in 1994.

For more information on Joby Fox please visit his website at: www.jobyfox.com

Social share:
belfast Energy Orchard Joby Fox The Bankrobbers'
Previous ArticleDUP SPAD to publicly apologise to whistleblowing party councillor Jenny Palmer
Next Article “Sleeping with the victims” – The many ghosts in the Maze

Joby Fox is a singer/songwriter and filmmaker from Belfast