You are at:Home»News & Current Affairs»I’ll see you in court – the new DUP war cry
Social share: 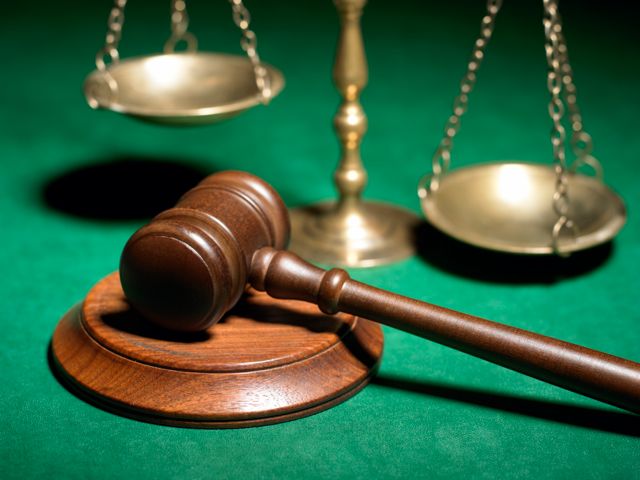 On the matter of free speech, Christopher Hitchens made one of the most timeless observations in Vanity Fair Magazine in 2011. He said this: “the urge to shut out bad news or unwelcome opinions will always be a very strong one, which is why the battle to reaffirm freedom of speech needs to be refought in every generation.”

For Northern Ireland’s ambitious and globalised generation, this is our fight. To fight against a 19th Century libel law regime that was rightfully slammed by the commentators and journalists as a “national embarrassment” and by the New York Times as “repugnant to U.S. constitutional principles.”

The young and ambitious of Northern Ireland should be embarrassed and ashamed that our lawmakers, by vetoing Westminster libel reform, have upheld what effectively amounts to a secular blasphemy law. An arcane law that censors criticism, shuts out inquiry and controls the media by striking fear and paranoia into the journalists, bloggers and writers in Northern Ireland.

Conveniently Northern Ireland lawmakers have upheld an old libel regime that shuts out exactly the sort of scrutiny that this province needs. Since Stormont operates by an all-party power sharing executive – that by design lacks the check and balance of a formal Opposition – we have a delinquent and deficient form of government.

In light of this, the need for a noisy, vibrant and unfettered media in Northern Ireland is more necessary than anywhere else.

Since our lawmakers seem to have forgotten, it’s important to remember the core role of an unfettered media in a functioning democracy. The American blogger Andrew Sullivan put it best: “As a public writer, it is my job to criticize, to judge when someone’s public statements in public office are defensible or wrong.”

The end effect of a freely functioning media is a most beautiful thing (the press is often called the fourth branch of government for a reason). As Ezra Klein said: “the [American] media is as effective and important an agent for change as the legislative bodies.”

But what we have in Northern Ireland is a cosy and comfortably censorious political class that is happy to uphold the old law. For that old law is the tool through which they can uphold their control of the media and harass journalists with writs and threat of legal action.

This very position and the continuance of this improper political practice is deeply troubling. Even the most passive observer can clearly see that the continuation of the old libel regime is the doing of a party committed to controlling the media, controlling good process and censoring what people can see and hear.

As Newton Emerson said in the Sunday Times, “The DUP has offered no satisfactory explanation for blocking Westminster’s Libel Reform Act… but the blizzard of writs the DUP sent Spotlight, both before and after the broadcast, highlights the unusually large role that libel plays in NI’s political discourse.”

Mike Nesbitt said something to similar effect in a Plenary debate on the Spotlight revelation where he described the DUP as both the “party that likes to sue or threaten to sue” and the party that blocked libel reform.

Then Sam McBride spelled the situation out in his own words:

But the blocking of the libel reform laws is only one of many examples which have shown the desire of some in government to control the media.

We should be mindful that the February 5 2013 Stormont debate on internet and social media regulation illustrated a keen political desire to regulate speech and behaviour on the internet.

We should also remember how freely and frequently Peter Robinson castigates the press for criticising him and OFMdFM. But Peter has it all wrong: the role of the press is to comfort the afflicted and afflict the comfortable.

Yes we know the DUP is run by the Stalinist watch-phrase, “the party comes first. You do what you’re told”. However the press is not state controlled, the press is not there to worship or praise government like it does in totalitarian and oppressive states like North Korea. The press and public journalist is there to scrutinise, question and to hold you to account and that it will do.

It’s pretty much accepted wisdom that the non-declaration of political donors for security reasons is a smoke-screen for corruption and malfeasance.

The DUP will also almost definitely veto Mike Nesbitt’s Defamation bill by issuing a petition of concern. We should note that journalists like Sam McBride have expressed how routinely threats of libel action roll off the DUP’s tongue.

The DUP impulse to censor and for libel promiscuity is deeply troubling and should concern every young and ambitious person in Northern Ireland. When the world of Mark Zuckerburg meets 19th Century libel laws, every single Twitter, Facebook and social media user is a very real and potential libel defendant.

Sinn Fein’s political operation is regularly described as Stalinist but recent events and a consistent pattern of behaviour has demonstrated that the DUP has a commitment to maintaining a Stalinist-like control on the media in Northern Ireland. The DUP has effectively expressed its desire to rule by the firm rod of 19th Century libel law: no one should rock the boat; no one should step out of line. They should rule over their Kingdom unquestioned, unchecked.

This cosmopolitan class must fight against the political parochialism and conservative that typifies political process. We should want to embolden our young people and for them to question the status quo, for them look at government with a sceptical eye and to speak truth to power. They can’t under the current regime. Therefore it must be changed. Free speech must be liberalised.

Social share:
DUP free speech Northern Ireland Spotlight
Previous ArticleA Twelfth Might…?
Next Article “We sit back, we take it, we let them foul our good name”