You are at:Home»News & Current Affairs»Out of sight – but not out of mind
Social share:

The bodies were never meant to be found.

They were not disappeared for a few hours or a few days.

The intention was forever. 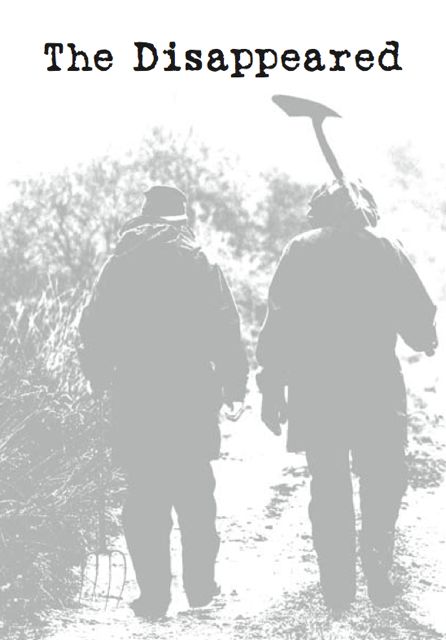 So, the families of those now known as ‘The Disappeared’ and the rest of us will never know the full truth.

Of the 17 acknowledged as ‘disappeared’, the IRA has admitted responsibility in 11 of the killings, but its involvement is believed to be wider than that.

Ten bodies have been found – seven are still missing, and part of this ‘war’ story is still about who knew what and who knows what.

In interviews, former IRA figures Brendan Hughes and Dolours Price – both now dead – have implicated Gerry Adams, but he has repeatedly denied any involvement or knowledge.

The disappeared are ghosts – the manner of their executions and secret burials a constant reminder of the horrors of ‘war’.

Many of us don’t want to think too deeply about these things, because to do so takes us into places we don’t want to go; the unimaginable darkness and distress of knowing a loved one is dead and not knowing where they have been dumped or buried.

So, none of this is in the past.

It is the present – the here and now.

In a new book – The Disappeared  to be published on Friday – we are reminded of this in a few sentences written by Sandra Peake of the WAVE Trauma Centre.

“Many of the mothers of the disappeared put their son’s names on the family headstone before they died.

“In effect they gave the mantle of continuing the search to the siblings.

“I believe we owe it to those mothers to continue this search.”

Those few short sentences tell us there is no such thing as drawing a line and moving on for these families.

How could they? So they wait, and in that waiting they must always have hope. 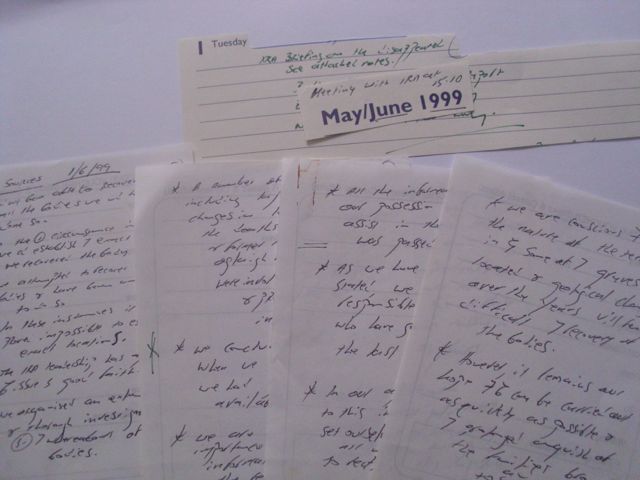 I remember two IRA briefings in March 1999 and February 2010; remember sitting with two different men who at different times performed the role of ‘P O’Neill’ – spokesman for the IRA leadership.

The meetings were in west Belfast – meetings about the disappeared.

I have the notebook pages onto which I wrote the names Wright, McKee, Molloy, McConville, McVeigh, Megraw, McClory, McKinney, McIlhone, Nairac and, then many years later, Lynskey. 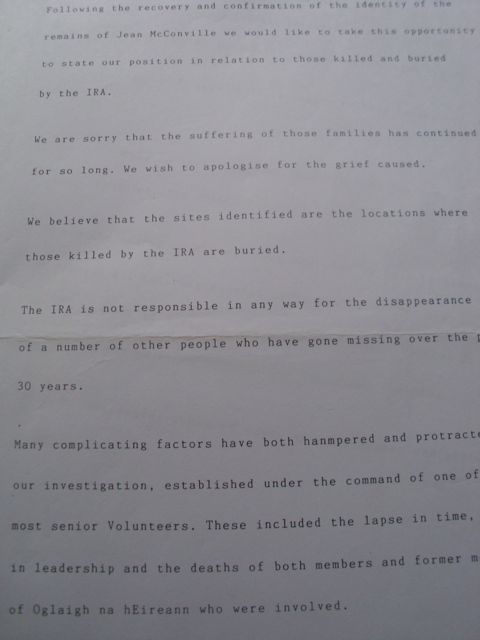 In these killings, not just bodies, but truth, information and explanation were also buried.

None of us was ever meant to know what happened and why, but the voices of the families were not silenced.

They spoke up, and eventually they were heard.

In the book ‘The Disappeared’ 14 families tell their stories in their words – what this experience has been like for them.

We can only guess and, at the same time, we block out those places to which we don’t want our thinking to go.

These families had not just killings visited upon them, but they were left without bodies to bury, and left in the darkness for decades.

“The families of the disappeared were in a state of frozen watchfulness for more than 30 years,” former Stormont MLA Professor Monica McWilliams writes in a foreword to the book  – “questioning what had happened to their loved ones until the IRA ceasefires in the mid-nineties created a thaw by opening up a line of communication which provided a glimmer of hope.”

This new book is not just about telling the story so far.

It is a reminder of what happened and what still needs to happen – a reminder that there are bodies still to be found and families still waiting.

“The key to unlocking the remaining information has yet to be found and perhaps this book will be a reminder that although we have come this far, we have still some way to go,” Monica McWilliams writes.

All these years later there are still more pages to be written and read.

This ugliest of chapters in the story of war just refuses to disappear.