You are at:Home»News & Current Affairs»The past – It hasn’t gone away you know
Social share: 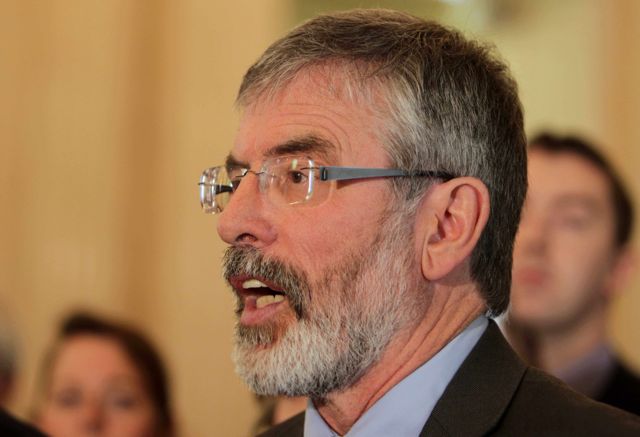 A headline in the Belfast Telegraph reads: Time Adams gave us straight answer.

It was a reference to his recent interview with Miriam O’Callaghan on RTE when the Sinn Fein President was again quizzed about the IRA and his past.

Not just Gerry Adams, but many others can be accused of doing the same, and we all know that answers to these questions won’t come in television, or radio or newspaper interviews.

Nobody believes that Adams wasn’t in the IRA and, as we wait for some process that attempts to address the past, he needs to find a more credible way to talk about the conflict of this place and his role in it.

The Belfast Telegraph comments: “Gerry Adams once reminded us that the IRA had not gone away ‘you know’.

“He needs to be reminded that the victims of republican violence have not gone away either.”

There are victims of the many sides who don’t have answers, and on Tuesday May 7th, reporter Chris Moore will dig into our dirty wars in an Insight film for UTV under the heading Live and Let Die.

It is a report that will remind us that what happened here wasn’t just about two sides, but the many sides stretching beyond the republican and loyalist communities; a film we are told “discovers some startling secrets about the value of life in the treacherous world of spooks and spies”.

The information jigsaw has many missing pieces and many hidden corners, and the picture will never be complete. 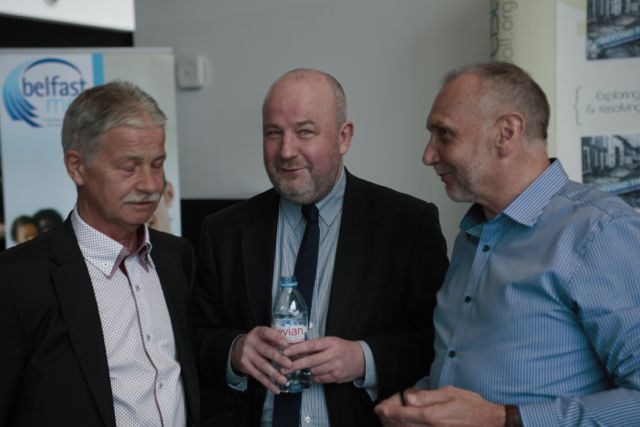 A week ago in west Belfast I sat between one of the most senior figures in the IRA war Sean ‘Spike’ Murray and the loyalist William ‘Plum’ Smith.

During the many years of conflict here, they fought from different trenches, but in the here and now they can agree that if the past is ever to be explained it won’t be in a collection of individual stories, but rather in some ‘corporate’ approach.

In other words, individuals won’t line up to be interrogated, but instead answers would be given in an organisational context, but that needs everyone to buy in including at a government, political and security/intelligence level.

So, unless that structure is agreed and built, we can spend the next, who knows how many more years, asking Adams and others questions they won’t answer…

Won’t answer because they can’t and this is because there is not a process that allows and enables them to speak.

Chris Moore’s Insight film will chisel into the many layers of concrete that protect that secret world of intelligence.

It is a process of chipping that produces fragments of the story, and realistically that is all that is achievable in the absence of some all-inclusive process within which information would be offered as opposed to being dragged-out. 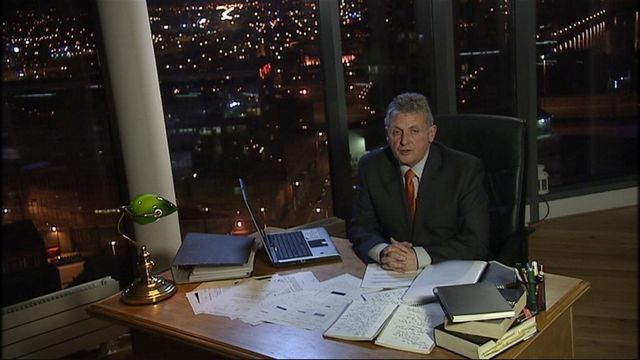 In an interview with Moore I quoted a one-time senior intelligence officer saying that every time they used an agent they took a bit of their life.

He meant that each time an agent co-operated with Special Branch or MI5 the closer they came to being found out.

In my reporting, I’ve seen the bodies dumped on the border – left as a warning to others, and this is only part of much bigger and untold story.

Agents were involved in murder while in the pay of State agencies, and the story of Stakeknife takes us into a world in which one agent operating inside the IRA organisation was responsible for the interrogation of other agents, some of whom were executed.

Who will answer these questions?

No one will, and in the absence of those answers the jigsaw will never be complete.

So, the task is to explore what is possible – what realistically is achievable and then to decide whether it is worth doing.

We shouldn’t decide, but rather that work and those decisions should be left to international facilitators, because if it is left to us, it will never happen.

This is because we are too close to it and don’t know what to do – but do something we must.

The past isn’t going away – you know.

Insight – Live and Let Die Tuesday May 7 at 21.00 a report by @ChrisMoore_utv

Social share:
Chris Moore Gerry Adams IRA UTV
Previous ArticleBritish rights under threat from Unionism
Next Article Time to twist the Rubik Cube on the past