You are at:Home»News & Current Affairs»Growing a political project out of the seeds of discontent – Brian Rowan on what’s going on within loyalism…
Social share:

In recent months the PUP leader Billy Hutchinson has been sketching out a kind of cultural battleground – the street stage on which he says loyalism will reassert itself and its Britishness.

His plan comes with a collection of new buzz phrases; revolution with a small ‘r’, unarmed resistance and re-Britification.

Written into the narrative you will find a whole range of emotional issues – marching, flags, identity, cultural expression, the anthem and, now, the Maze ‘shrine’.

Sinn Fein is painted as the bogeyman, and the developing story includes a focus on voter registration and on politicising a disconnected community. 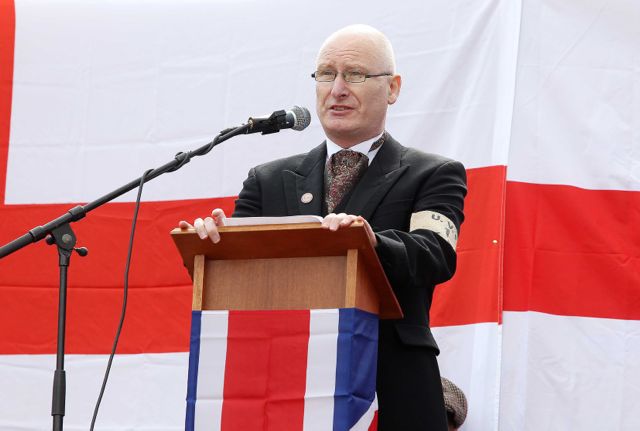 As the pages are turned, the message is fight back.

So, we are watching another attempt to grow a political project out of the loyalist grassroots, and we are seeing the ground being sprinkled with the seeds of discontent.

It is a scenario in which it seems some loyalists have deliberately chosen to present themselves and their communities as the losers in the peace and political processes.

You read it in the magazine THE LOYALIST associated with the UDA and the UPRG.

“Sinn Fein play a dirty game where they extend the hand of friendship publicly claiming peace yet in the background continue to agitate on the streets with opposition to parading a massive policy of theirs,” a recent article reads.

The City Hall flag decision in Belfast is described as a move that “has set back the real quest for peace by years”, but in the loyalist script many lines are excluded – written out.

How, in an internal coup, the UDA stood down its political party – the UDP – and how the PUP lost its political representation at Stormont as a result of internal squabbling and in the headlines of loyalist feuding.

Loyalists were once at the heart of this process.

So, in the analysis of what went wrong, they need to look at themselves – into their own mirrors.

Would David Ervine have played to the flag protest – to that mood and crowd? I doubt it.

Is the Maze really going to become an IRA ‘shrine’?

Only if loyalists allow it to be, and that is why, on this website, others such as Tom Roberts and William ‘Plum’ Smith have argued for an approach that balances the narrative. 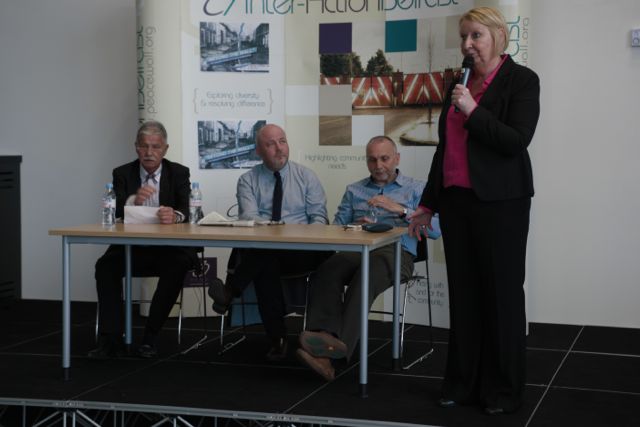 Earlier this week, in west Belfast, Smith shared a platform with Sean ‘Spike’ Murray as they told their stories of being born into conflict and of then becoming part of a developing peace.

They showed us that different perspectives and different truths can be heard within the same space – that one story won’t dominate if others are prepared to tell theirs.

Loyalists aren’t going to take votes from Sinn Fein, so another part of their narrative is how the unionist parties have failed working class communities.

Again, it is somebody else’s fault, and there is no critical self-analysis; no acceptance that part of the damage was as a result of self-destruct.

If ‘cultural war’ is talked up as part of a political project then it will eventually play out on the streets and someone will be hurt or worse.

So, it is time to step back and to address these issues not in a one-community conversation but across the communities.

This month, off-stage and privately, there will be a dialogue about parading and protesting.

It should be happening here and now, and should involve those at the highest tiers of leadership.

The elections that are ahead will be how the PUP political project will ultimately be judged, and Billy Hutchinson knows this is a last chance both for himself and his party.

In the here and now it is time to take a deep breath – time for grown-up dialogue, time for a political/community conversation and negotiation on unfinished business.

It’s not about buzz phrases, but rather the type of calm conversation that was able to happen in west Belfast earlier this week.