You are at:Home»News & Current Affairs»British rights under threat from Unionism
Social share: 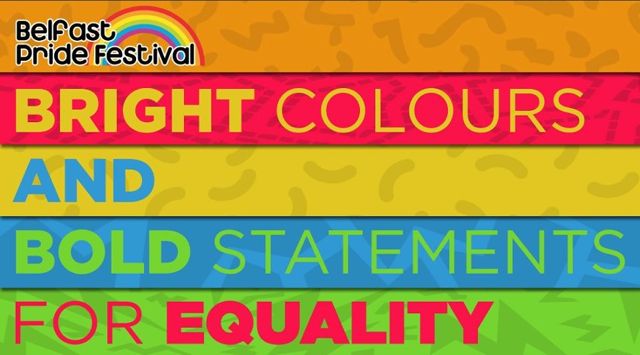 The threat to Northern Ireland’s place as an integral part of the United Kingdom has always been used in periods of change and political weakness within Unionism or when Unionism needed to rally its supporters. However, today the greatest threat to British identity does not come from Sinn Fein policies, dissident Republicans, the parades commission or how many times a flag can fly over a government building.

But rather the threat to British identity comes from the leadership of Unionism itself. Unionist policies since the St Andrews Agreement have continued to weaken the relationship and create greater distance between Northern Ireland and Britain. Justifiably, it could be argued, that they are in danger of creating more separation by selective political absentionism than Sinn Fein do with official abstentionism.

The leaders of Unionism continually put forward the argument that Northern Ireland works better inside the Union than outside it, pointing towards the economic benefits, the United Kingdom’s role within the global community and the civil rights which have been secured through two global conflicts and the evolution of parliamentary democracy.

So within the mind-set and intelligence of the average mainland UK citizen we are different; a people set apart; a semi foreign people (and the political elite treat us that way too) – Prime Minister Harold Wilson once called us a nation of spongers (and he was referring to Unionists at the time).

The gap between us is already wide and the current leaders of Unionism have widened it further still. What the IRA could not do with violence our Unionist leaders are doing with political precision. Witness the Unionist leaderships’ opposition to equality and their religious fundamentalist outlook.

Equality is one of the great pillars of modern British identity; however the leaders of Unionism have continually shown their contempt for Human Rights and equality here in Northern Ireland. Consecutively opposing legislation which gives equality to minority groups, for instance the Unionist leadership approach to the LGBT (Lesbian, Gay, Bi-sexual and Transgender) communities differs greatly to the approach of modern mainstream political parties in Britain.

Today on the UK mainland members of the LGBT community can donate blood, adopt children, and will be soon able to marry. This human right and British law, however, will not apply to Northern Ireland. The Unionist leaders, who frequently tell us they will defend British values and identity, have decided that we opt out of that particular aspect of being British.

Many of those who decided to deny these British rights can frequently be seen and heard preaching their pulpit principles to the electorate, regarding themselves as people of high religious morals.

These same men of morals began campaigns such as “Save Ulster from Sodomy” and publicly voice their homophobic venom to magazines. Ian Paisley junior found homosexuality repugnant. But yet Mr Paisley believes himself to be a man of morals. Paul Berry a DUP Assembly man also towed the party line on homosexuality but was was drummed out of the party arising from an allegation against him.

We in the gay community frequently received lectures on morality from these leaders; no one can forget former MP Iris Robinson who frequently felt the need to tell us homosexuality is an ‘abomination.’

When the House of Commons passed same-sex marriage legislation with a large majority by 400 votes to 175, it was made clear by the DUP that some British marriages will not be recognised as marriages in Northern Ireland, but rather as a civil partnership. This perfectly illustrates the DUP a la carte approach to being British andhas created a greater gap between Britain and Northern Ireland.

The issue of blood donation is even more bizarre when looked at from a British perspective.  Edwin Poots has banned the Health Service from using blood from those in the LGBT community as he believes there is a threat from AIDS entering the blood supply. What he fails to explain to the media is that when the Northern Ireland blood supply is low, blood is imported from Britain which removed the LGBT blood ban based on medical and scientific evidence. As a consequence LGBT blood is being used here in Northern Ireland but the British citizens of Northern Ireland cannot donate it.

Worse still a gay person living in Northern Ireland can travel to Scotland, donate a pint of blood and return home on the same plane that is carrying their donated blood back to Northern Ireland to be used. The logic being that the blood must be somehow acceptable as long as it is donated outside of Northern Ireland – to say nothing of an even more ridiculous scenario if gay people do not disclose their sexual orientation then their blood enters the supply chain as acceptable. This religious fundamentalist approach to government leads one to think that perhaps Unionism would be better seeking political Union with Iran rather than Britain. Or maybe they may wish to consult the Taliban for guidance on the issue.

The current policy on fostering and adoption, which Mr Poots has embraced, has once more enforced the perception of Northern Ireland as a relic of the middle ages. With approximately 10,000 children in care and a looming fostering crisis, the governments in Britain are taking steps to tackle this through expanding the foster/adoption pool by allowing married, single, gay or straight people to foster or adopt. Mr Poots however has decided to ignore a High Court ruling which stated that his policy was unlawful and that couples in civil partnerships should be allowed to adopt.

The religious ideology followed by the DUP that being gay should not just bar a person from marriage, blood donation or fostering, but in 2005 Ian Paisley Jnr was less than wholesome about former First Minister David Trimble’s advisor Steven King who married his Canadian male partner. Paisley Jnr’s medieval mentality would be hard to find in any modern democratic country and especially not in Britain.

The fear of equality in Northern Ireland is not limited only to the DUP – the UUP has its own worries. The most prominent example was Ken Maginnis’ outburst on the BBC’s Nolan show. Ken believed marriage equality would lead to bestiality. It would be impossible to imagine a politician from a main stream political party in Britain expressing such offensive and outlandish remarks to the media. Although party leader Mike Nesbitt later removed Ken Maginnis from the UUP over these remarks, this was supposedly carried out as an act of support for the LGBT community.

However, when the Green Party proposed that the Assembly should support equal marriage, very few  UUP MLAs voted in favour.  Mike Nesbitt was not one of them being absent from the Chamber reportedly out of Northern Ireland at the time. Perhaps it could be argued that Ken Maginnis merely said out loudly what was being said behind the UUP scenes.

Amnesty International is planning to take the Northern Ireland government to court arguing it is breaching the Human Rights Act and European Human Rights Convention, with the aim of forcing the Assembly to introduce legislation, which will give the LGBT community the same British rights enjoyed by those in Britain.

This will once again focus the spot light on the new post conflict Northern Ireland for all the wrong reasons, exposing the underbelly of inequality and discrimination endorsed by Unionism. This will perhaps be the most likely way of the LGBT community securing equal rights here in Northern Ireland as it will force the assembly to move towards parity with the rest of the United Kingdom and give Unionists an outside body to blame for its introduction.

This religious fundamentalist approach to governing is not limited to equality, but also to the way we manage our cultural and tourist resources. Nelson McCausland endorsed a creationist account on how the Giant’s Causeway was formed beside the scientific interpretation. This policy would have been laughed out of court in any government office found in GB. However, Nelson McCausland’s support for this as Culture Minister, made Northern Ireland out to be a laughing stock in  the media and deepened the perception of a backward, inward looking region.

Our approach to the Easter holidays enforces this perception as this particular holiday is viewed in GB as a chance for hotels, pubs and restaurants to make money through the numbers of people who take holidays or enjoy their time off. However, here our licencing laws limit business opening hours and the time business can sell alcohol.  The message this sends out to tourists is “your time, our place. But not over Easter”. This religious policy is supported by many in the Unionist camp believing that this should be kept as a strict religious holiday.

The siege personality that Unionism has assumed has caused it to reject and fear any outside influence or modernisation. This is why unionism continues to reject modern politics and instead embrace a 1950’s approach to government. Unionism equates a changing society as a dilution of the British identity, however if we look at the history of Britain, British identity is built on change and progress.

Today’s leaders of Unionism do not support the Union out of loyalty to British values, but rather the Union permits this religious group to hold power and enforce their religious beliefs on the region. These unionist leaders and their style of politics has, over the past six years, created a greater cultural and political division between the people of Northern Ireland and those in Britain –far greater than Sinn Fein could have hoped to achieve in sixty years.

The LGBT community in Northern Ireland is now facing the inequality and discrimination from Unionism that the Catholic community once faced regarding their British rights. With the recent vote in the Assembly on the issue of equal marriage, a political role reversal has taken place. Nationalists overwhelming supported equal marriage in line with the British government and the majority of Unionists opposed the motion in defiance of the British government.

Perhaps in the future the LGBT unionists should look towards Sinn Fein and SDLP to secure their rights as British citizens rather than Unionism.

“British rights for British subjects” – now where have I heard that before?