You are at:Home»News & Current Affairs»The past – bigger than one man’s war
Social share: 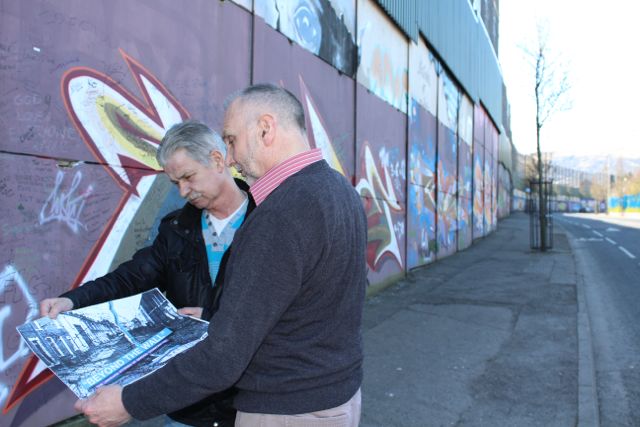 At Monday’s PUP news conference on the huge issues of reconciliation and the past there was a notable absentee – the party leader Billy Hutchinson.

It wasn’t a snub but an acceptance on his part that on these issues he is “a bad messenger”.

Hutchinson was a life sentence prisoner associated with the UVF and the wars and the killings of this place.

So, on Monday, he left the talking to Dr John Kyle; talking on a statement under the heading ‘Transforming The Legacy’.

This was not intended as a definitive thinking out, but rather an initial contribution to a debate with further detailed documents to follow.

In part, it was also an answer to the recent Sinn Fein commentary on national reconciliation and the objective of an agreed Ireland and, within its news event, the PUP offered its own context set within a very different frame.

“Northern Ireland in an integral part of the United Kingdom and reconciliation needs to be sought in the context of that political reality,” its document reads.

The headline positions stated in this  first paper include:

– “There are no political parties in Northern Ireland qualified to drive a process of reconciliation. All have contributed to a greater or lesser degree to the divisions that we must address.”

– “For Northern Ireland to deal with its past everyone must be involved.”

– “Only when we have a process which is comprehensive enough to accomodate all the stories and experiences of conflict can we say that dealing with the past is now possible.” 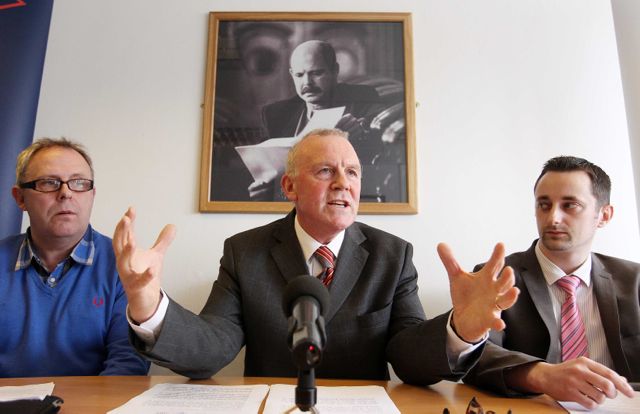 There is no guarantee that a process on the past will be constructed and no certainty about participation.

Progress will depend on will and on a realistic assessment of what can be achieved.

I have argued before that we should stop calling it a ‘truth process’ and try instead to create something within the frame of explanation, information and story-telling.

On Monday John Kyle accepted that building any process might need international contributors and participants and if so, “then so be it”.

His message was on the need for an inclusive process stretching across political parties, governments, churches and others.

Into that frame you can place the media, police, military and security service.

There are of course some who argue that a process on the past will not be achieved, that some type of line should be drawn and that we all move on, but this type of thinking ignores and forgets those who can’t.

What the PUP is offering is a kind of scaffolding within which it might be possible to build something more.

That will depend on the contributions that others are prepared to make and not just republicans.

This debate cannot be left to two sides, cannot be reduced to blaming those who have been to jail – people such as Billy Hutchinson.

It needs to be more thinking than that, and those who argue that nothing is possible should look at an event scheduled for later this month.

Under the title ‘Beyond The Wall’ Sean ‘Spike’ Murray and William ‘Plum’ Smith will discuss the events of 1969.

They will bring to the conversation different perspectives and different truths – their stories of the beginnings of the different wars and then the evolving peace.

So, we have an example of what is possible if people want to try – an example of the type of discussions that are happening all the time between and involving former enemies.

It is not about one truth, but constructing a narrative out of many pieces of information and different and competing explanations.

With the 20th anniversaries of the ceasefires nor far away, republicans and loyalists are opening up a debate and creating a stage onto which others are being invited to step.

That’s the challenge, and if they don’t then we will continue to dwell in the past rather than deal with it.