You are at:Home»News & Current Affairs»Stories of former Loyalist prisoners must not be airbrushed from history argues ex RHC prisoner Plum Smith…
Social share:

The past is still a battleground – a place of stand-off and struggle. It is a story of ghosts that still haunt the present and the future, and still there is no agreement on how and where the thousands of different perspectives and experiences should be recorded.

Now, in a contribution to eamonnmallie.com former prisoner William ‘Plum’ Smith, who chaired the 1994 ceasefire news conference, offers his thoughts; not within a prescriptive framework, but more as an appeal for all to step forward into an all-inclusive story-telling process. Why does he think it important to do this? His answer is delivered in a few words:

“The millstone of the past must be lifted from around our children’s necks by us the adults from whatever community and by the politicians from whatever political party or we all become complicit in condemning future generations to a purgatorial country with a past but no future.”

Smith was part of the wars of this place, a member of the Red Hand Commando arrested and sent to prison as a teenager, and inside Long Kesh he was influenced by a loyalist leader – the late Gusty Spence. 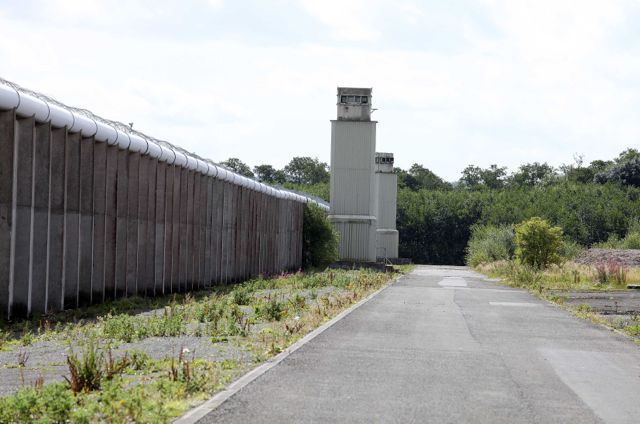 Long before ceasefires and political negotiations and agreements, you will find the seeds of changed thinking and direction in the debates and discussions of jail. Loyalists have a story to tell, a story that Smith argues should be heard along with many others. He does not add his voice to the Maze ‘shrine’ argument, but rather sets out his thinking on why something needs to happen.

“Last month, on March 28th, I had the privilege to speak at the launch of an art exhibition showing the work of loyalist ex-prisoners. That exhibition was inside Crumlin Road Gaol, and I opened the occasion with the following words.

EPIC (Ex-Prisoners Interpretative Centre) is an organisation that represents the constituency of RHC/UVF ex-prisoners. Over the course of the conflict more than 10,000 loyalists ended up incarcerated in the prisons and prison camps of Northern Ireland and beyond.

Almost every one of them passed through the gates of this prison at some time. Each one has their own story, their own experiences and each had their own way of dealing with the sentences handed down to them from the courts.

Many political prisoners took up various positive and constructive pastimes and careers while they were incarcerated, including music, arts, writing, handicrafts and education. Some, like Danny Strutt and Tommy Cull, were even more creative by designing their own early release scheme when they escaped from these walls in 1973.

Today we present a small example of the work of three loyalist ex-prisoners who took up art and honed their talents by painting and sketching their way through their years of imprisonment. Upon their release they continue to paint and sketch, some as a pastime and some as a profession.

Their art is also a record of their time in prison a pictorial history captured by vivid imagination recorded in the stroke of a pencil or the swish of a brush. There is an ocean of talent and exhibits hidden within the wider loyalist ex-prisoner community and by launching this exhibition we hope to stimulate more of the loyalist ex-prisoner community to come forward and display whatever creativity or talent they developed while they were imprisoned during the conflict.

Today I can see loyalist and republican ex-prisoners in the audience as well as the general public. I think both ex-prisoner communities can agree for the benefit of the general public that it certainly wasn’t like this when we were last in here. The samples of art you will see on display cover over three decades of the conflict and a message and lesson to us all. 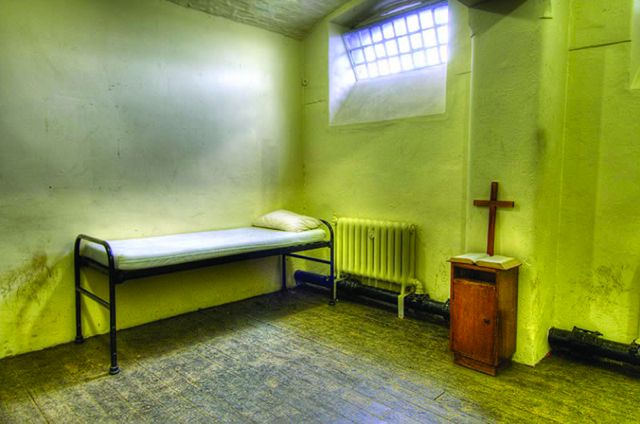 As the 15th anniversary of the Good Friday Agreement passes, the beauty of these paintings and sketches help tell the story of thousands of young men, thousands more young families and loved ones who endured the suffering and penalties of incarceration during the course of the conflict. We must all tell our stories whether it is through art, literature, poetry or whatever medium so that future generations will never have to endure the suffering of our generation.”

Since that launch, a few weeks ago, I have been thinking some more about where we have been, and where we need to go.

The launch was attended by over 100 people and the art was on display for four weeks during which time 200 people viewed the exhibition. Seven thousand tourists visiting the Gaol for tours were also able to see it. The people of Northern Ireland and from elsewhere commented positively.

I work for EPIC, a non-political organisation, and will continue to collect stories, artefacts and promote the positivity of the loyalist ex-prisoner community. I would encourage all loyalist ex-prisoners to come forward with accounts of their experiences, to tell of their stories of the decades of conflict.

The 10,000 loyalist ex-prisoners and the 40,000 plus families and loved ones who made that weekly trek to Crumlin Road, Magilligan, Long Kesh and the Maze must make sure that their experiences are not airbrushed or minimised from the records of history. They must not be silenced by propaganda or political manipulation.

That appeal also goes out to prison officers, soldiers, police, victims and general society. Everyone must be afforded the avenue and ability to express their feelings in a mature and constructive manner.

However, as we must remember the past and we must not forget the past, we must also remind ourselves that the future must not be held hostage to that past. Politicians and opportunists, who deliberately create a kneejerk reaction to every imagined and real emotion, offer nothing to our children or the future.” 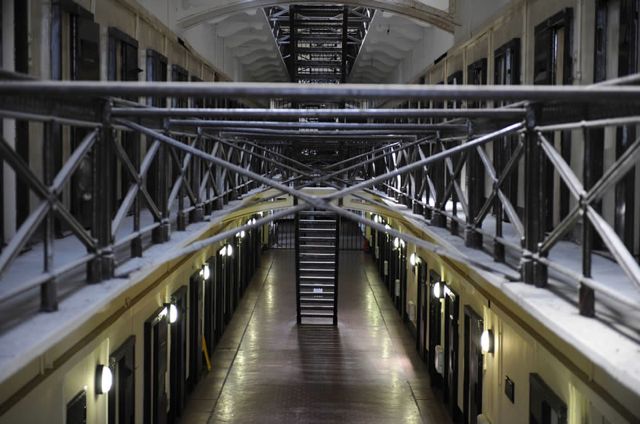 Footnote: On Tuesday April 30 at the E3 complex on the Springfield Road 7pm William Smith will join republican Sean Murray in an event ‘Beyond The Wall’. They will offer their different perspectives and truths of the events of 1969 and the long period of conflict before the developing peace.