Margaret Thatcher may have divided opinion but the modern Tory maverick, Boris Johnson unites us all. He is revered and few can deny the political capital that Boris brings to electoral politics.

His personality and buffoonery, underpinned by real substance is political dynamite.

What the Boris story tells us is that personality is King. 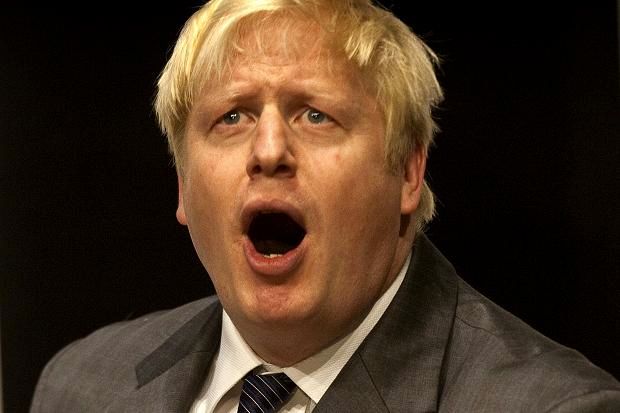 As Hugo Rifkind writing in the Times said: ‘It’s a rare politician today who seeks to sell himself or herself on the basis of policy alone. We get character, charm, declarations of ethics.’

However, Northern Ireland could be the exception.

We have a deficit double whammy: politics and politicians devoid of both character and policy. For today I’ll keep it simple and just look at the first deficiency.

We don’t have a Boris and Eamonn was right to lament on this. But we can go further: we don’t even have a Denis Skinner, Jacob Rees-Mogg or a Nigel Farage. We could lay claim to Lembit Opik at a stretch. 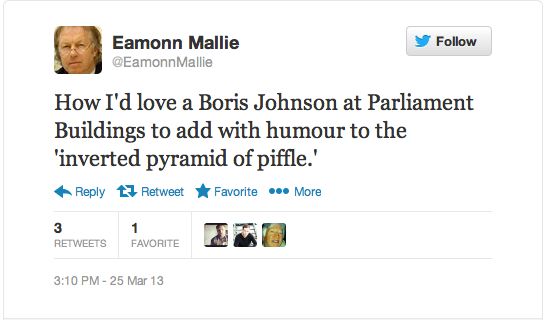 Frankly, Northern Ireland politicians are a thoroughly ‘dull’ lot. And these aren’t my words, but those of BBC journalist Mark Simpson.

Cast your mind to a given episode of Stormont Today and you’ll see a Plenary session choreographed and scripted to death by speechwriters and SpAds. You’ve seen it before: the elected representative takes to the floor with a pre-fabricated treatise and bestows it upon the world with a slow and painful barrage of logorrhoea.

‘Lies, damned lies and statistics’ that don’t mean anything to the common man. Where they could use one word they chose two and where they could speak in Anglo-Saxon plain English they choose a word of Latin origin.

Then when questioned its all evasive language, euphemism, insincerity and overused idioms.

The politics all feels very ready-made, flat and lifeless.

This reality is perhaps best typified by the Wikiweaks revelation when the former SDLP leader, Margaret Ritchie was described by a US official as “wooden” and “burdened with an unpleasant speaking voice”.

It hasn’t always been this way. It’s often recounted that Edward Carson made a massive impression on Churchill following his inaugural speech at the commons and was revered as a barrister.

More recently, Ian Paisley was undoubtedly a compelling speaker of the highest ability. Similar stuff could be said of Gerry Adams who could speak with real cogency.

Though these two political characters really gave meaning to Orwell’s famous quote on political language: ‘Political language is designed to make lies sound truthful and murder respectable, and to give an appearance of solidity to pure wind.’

Anyway here’s the challenge: a vibrant political class is an absolute necessity for ensuring a healthy legislative system and for tackling voter apathy.

So we need to front up to this paucity of personality. To do so, let’s go lateral and ask: why are our politicians so dull?

Firstly, the Times columnist Tim Montgomerie speaking on Radio 4 really came onto something.

To paraphrase Tim: modern politicians haven’t commanded men in uniform like past generations or presided over successful businesses.

Unquestionably there’s an advantage in having a crop of politicians who’ve done their time in the real world; men and women who are at the top of their game who can then apply their experience learnt at the coal face in speeches and the days affairs.

Secondly, in Northern Ireland we have a fascination with being skilled in reading, writing and arithmetic.

What about public speaking?

Look at the Americans. They’re always bright, vibrant and wonderful communicators: a reflection perhaps of the American spirit and their conditioning towards unbridled optimism. The fact that public speaking is at the core of American education system could teach our policymakers a lesson.

The truth is that we in Northern Ireland are pretty weak on communication skills. It certainly doesn’t help that we’re conditioned towards a bizarre blend of cynicism and modesty where nobody wants to put their head above the common whole. Just think about what it’s like for a young person to show intelligence in the classroom – it can be positively dangerous.

Our society is more about taking and knowing your place.

The famous American Dale Carnegie, author of How to Stop Worrying and Start Living wrote a seminal piece on learning the rudiments of public speaking.

‘As I looked back and evaluated my own college training, I saw that the training and experience I had had in public speaking had been of more practical value to me in business — and in life — than everything else I had studied in college all put together. Why? Because it had wiped out my timidity and lack of self-confidence and given me the courage and assurance to deal with people. It had also made clear that leadership usually gravitates to the man who can get up and say what he thinks.’

The irony here is that Dale Carnegie is the man who wrote that ‘any fool can criticise, condemn and complain’. However I really feel that there’s something in my critique. The Northern Ireland electorate need not reconcile itself to a permanence of bland and utterly uninspiring politicians. 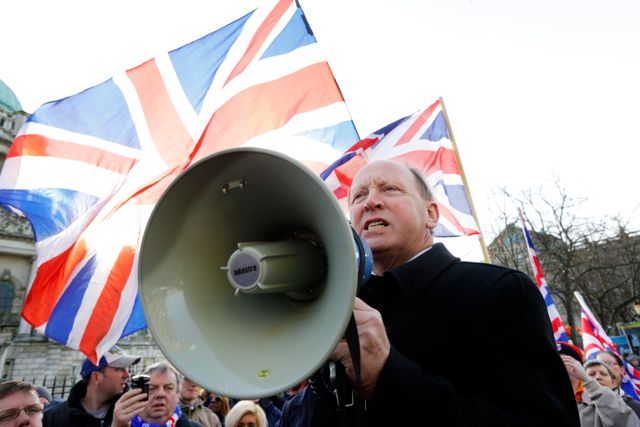 We can’t teach ‘Borisness’ or coach our politicians to be like Obama, but we can educate our young people in public speaking and recruit men and women who’re genuinely skilled orators. Just look at Jim Allister’s speaking skills: he spent years at the bar as a practicing barrister.

If all else fails Stormont could just buy the class of 2015 the classic book on good political oration by Aristotle, On Rhetoric. Then the current stock of politicians would learn the fundamentals of good public speaking: ethos, pathos and logos. Whatever that means…

Social share:
Boris Johnson Jim Allister Northern Ireland personality Stormont
Previous ArticleStories of former Loyalist prisoners must not be airbrushed from history argues ex RHC prisoner Plum Smith…
Next Article Teasing out the truth behind the greed and recklessness in the banking sector