You are at:Home»News & Current Affairs»Opinion»Is the Arts Council working from a badly weathered tombstone in re-imaging communities?
Social share: 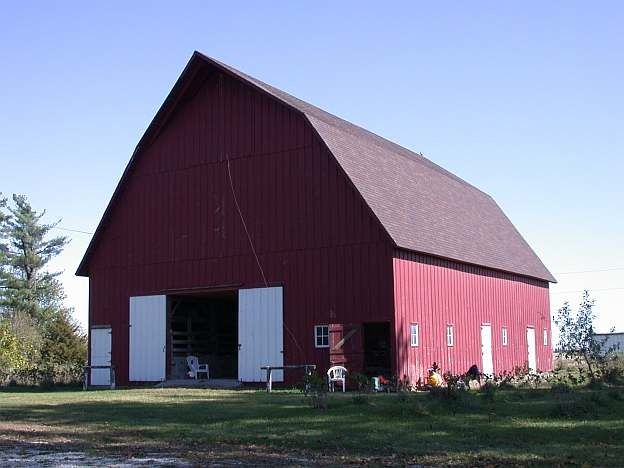 The Arts Council of Northern Ireland (ACNI) has recently launched a scheme to ‘re-image communities’ across the country. I am not suggesting that the £3.1 million pot – consisting of funds from ACNI itself; the Office of the First and Deputy First Minister; the International Fund for Ireland; and the Special EU Programmes Body under the Peace III programme – brings the ACNI into collusion with the sectarianism that underpins the various cultural and memory wars that constitute a prominent element of the legacy of the conflict. What I am suggesting is that the way the programme has been designed at the very least raises the question of complicity.

The programme is to focus on projects that tick one or more of the following boxes: they should be cross-community; inter-community; intercultural; cross-border; urban or rural; targeting young people (under 25); and targeting ethnic minority groups. The aim is laudable:

Building Peace through the Arts – Re-imaging Communities is a funding programme that will help all communities in both urban and rural settings and the border areas to focus on positive ways to express who they are and what culture means to them artistically and creatively.

Of course, since it is public and publicly funded art, the programme balances the aesthetic with the social, the cultural with the political. Thus, its fundamental purpose is to foster a shared society in Northern Ireland: ‘In order to achieve such a society, communities and agencies need to work together to tackle the physical legacy of segregation and division in towns, villages, rural communities and border areas’.

The projects, it is envisaged, will transform the landscape of Northern Ireland, artistically, creatively, politically and morally. They will ‘enrich communities’; they should be ‘locally tailored and community driven’.

Success will be measured by the extent to which proposals meet certain ‘strategic themes’. For example, a successful project will cultivate ‘community cohesion’ by working ‘with communities to provide opportunities for more stable, safer neighbourhoods and develop strong, positive relations between people from different backgrounds’. By supporting progress towards a ‘peaceful, shared and stable society’, ‘community led [sic]programmes of arts activities’ will also help build to that long, sought-after prize – reconciliation.

As such, the task for artists and communities should not be underestimated – for grants of between £500 and £50,000 artistic entrepreneurs will become social architects, using their inspiration to create not only pleasing artworks but the creation of a post-conflict utopia.

As mentioned above, these are noble, commendable aims and I am not suggesting in any way that ACNI is acting in bad faith. However, regardless of whatever broad historical narrative one attaches to the origins of the conflict, it is undeniable that, in part at least, the violence proved to be so resilient because of the strength of communal belonging – the gunmen that left ‘communities’ to kill people from other ‘communities’ did so because they were driven by beliefs perpetuated at the local level.

Partly for that very reason, the idea of ‘community’ also forms the backdrop over ‘legacy issues’ – who was justified in doing what they did, whose rights are being acknowledged and whose claims are being ignored.

So, given that ‘community cohesion’ was one of the problems behind why the conflict lasted so long and why the peace, at times, seems so shallow, it seems reasonable to expect ACNI to provide some definition of what it means by the term community – for if we don’t know what we are creating, the risk is we could end up with some kind of monster on our hands.

What ‘community’ seems to mean might actually be better expressed as ‘communal’ – albeit with the distasteful, divisive connotations of religion and/or ideology removed. This is because on virtually each occasion ‘community’ is mentioned by ACNI, it refers to localities – as opposed to the broad sense that is used by the Deputy First Minister to refer to the majority of people in Northern Ireland who reject ‘dissident’ activity.

This brings us to the nub of the problem: What ACNI is actually doing is conflating the broad sense of community with a narrow understanding linked to locality. The result is that the entire population of Northern Ireland becomes in some way responsible for turning these ‘community’ artworks into something positive.

The political effect is twofold: The population is bound to fail in that task because the ‘community’ element relates not to a whole, but to a part. Secondly, the failure will serve as evidence that cohesion at the level of the polity is inferior to the cohesion of localities, thereby reinforcing the segregated elite political culture that is inscribed at the heart of governance in Northern Ireland.

So, what is going on? I believe that, in part the answer can be found if we dig a little deeper into ACNI’s function in society. Thus, its five-year strategic plan (2013-2018) states that

“We are living in extraordinary times … We are also entering a new age of innovation with people choosing how they consume, share, access and create artistic content, offering previously unimagined possibilities to connect with audiences … These are also times of austerity … For the arts sector, these conditions continue to impact upon consumer behaviour, audience spend, corporate sponsorship, as well as limiting access to private finance.”

Now, I am not disputing the organisation’s need to balance its books or the difficulties it undoubtedly encounters in the new Age of Austerity. What I want to suggest is that ACNI’s neo-liberal rhetoric, as found in this programme, reveals that it no longer sees the population of Northern Ireland as citizens, but as consumers. Surreptitiously, government – in the form of ACNI – has transformed the way in which we are supposed to relate to the state.

Of course this is nothing new: It has been happening for the past three decades if not longer. What is new is that government now seems content to give the people of Northern Ireland what they want – and it has decided that as clients (what ACNI refers to as ‘the audience’) they want ‘community’. The citizens of Northern Ireland have, in effect, been turned into consumers. And it doesn’t matter whether they want it or not, or whether they even recognise it because the question of choice is being refined through projects like ‘Re-imagining Communities’. In other words, whether they want to consume the product of community/communalism is moot: the demand is being created (either by them or the state) and they will get it and they will like it.

ACNI’s project is saturated with politics – and the type of politics in which it is saturated despite the high-flying rhetoric, are the politics of ethnic bloc division, the politics of the consociational settlement at Stormont. It should be noted that the project is also saturated with morality: because it makes the majority of the people culpable for the kind of communalist ideologies that drove terrorists to murder and that continue to inspire hatred and division.

Now, supporters of the programme might reply that it is not about promoting divisive identity; rather, it’s about inclusion: inclusion of young people; inclusion of ethnic minorities; and the inclusion of marginalised sections of society – in effect, it is the artistic version of affirmative action; besides, there are also (vague) commitments to tackling overt manifestations of hatred, conflict and racism.

Such objections can easily be dismissed: As mentioned above, the political reality of ACNI’s programme is to elide difference in a relatively homogenised marketplace in which ethno-religious identity is both the currency and the commodity (hence the logic of self-reproduction, self-reinforcement).

The paradoxical result is that a broad understanding of community as entailing all the differences that go into making up a polity or a society (age, class, locale, gender, migration etc) are subsumed within a minimalist understanding that focuses solely on the dominant cleavage in this particular society. Inclusion, then, becomes about recognition of those terms rather than about respect for difference; reconciliation becomes about reconciling difference, justice and ethics to the political dictates of peace.

To be clear: I recognise that ACNI do good work in extremely hostile circumstances – they promote public art not only in an era of cutbacks but in a deeply divided society. However, even with the best of intentions and deploying the most empowering (yet somehow asinine language), ACNI may be contributing to the malaise of division that continues to frustrate Northern Ireland.

Social share:
(ACNI) Arts Council of Northern Ireland Building Peace through the Arts Northern Ireland Office of the First and Deputy First Minister re-image communities Re-Imaging Communities Reconciliation
Previous Article“Wouldn’t it be great if it was like this all the time?”
Next Article “So much owed by so many to so few”

Dr. Cillian McGrattan lectures in Politics at Swansea University. He received his PhD from the University of Ulster. His books include Memory, Politics and Identity: Haunted by History (Palgrave Macmillan, 2012);Everyday Life after the Irish Conflict: The Impact of Devolution and North-South Cooperation(Manchester University Press, 2012) (co-edited with Elizabeth Meehan); Northern Ireland, 1968-2008: The Politics of Entrenchment (Palgrave Macmillan 2012); and The Northern Ireland Conflict (Oneworld, 2010) (with Aaron Edwards).