You are at:Home»News & Current Affairs»Door to dialogue wide open – but will dissidents step inside?
Social share:

Just a few days ago on his twitter account Martin McGuinness posed the question: “I’m willing-are they?”

It was a response to the editor of this website Eamonn Mallie who had argued that if you want an end to violence, then there is no alternative to talking. 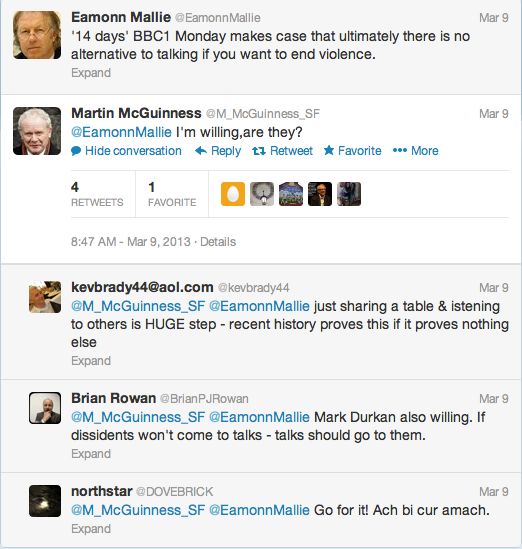 So, what McGuinness was doing was confirming once more that he is ready for such a dialogue with those in the republican community still involved in armed actions.

These are the groups described under the label of dissident – among them a new IRA coalition and other armed factions including Oglaigh na hEireann and the Continuity IRA.

The intervention by the Deputy First Minister came just days after police interrupted a planned mortar bomb attack in Derry, and after McGuinness had been advised of yet another threat to his life from within that fractured and fragmented dissident world.

Such threats have been made before and not just in relation to McGuinness, but Gerry Adams and Gerry Kelly also.

Up to this point, those behind them have not crossed the line to do what has been threatened and if they did that would open up a very serious and dangerous situation within the republican community.

These things cannot be dismissed, and nor can the offer to talk.

McGuinness is not alone .The SDLP MP Mark Durkan has also made clear that his door is open.

So, there is an opportunity for those who dissent from the peace strategy and process to be heard, but it would also mean having to listen – to answer questions as well as ask them.

Will they explain the purpose of armed actions and what they think can be achieved?

Are their wars really with the British or are they with those in the republican community with whom they disagree?

Why did some of those now involved in the dissident groups travel so far with the Sinn Fein peace strategy before jumping ship?

What is their political alternative to that strategy?

Can they justify bringing young people into another war that cannot be won?

There are those in the wider political frame who will always be opposed to a talking initiative, and who consider this type of dialogue to be pointless and wrong; wrong because they see it as caving in to violence and threats, and pointless because they argue that those involved in armed actions won’t listen. 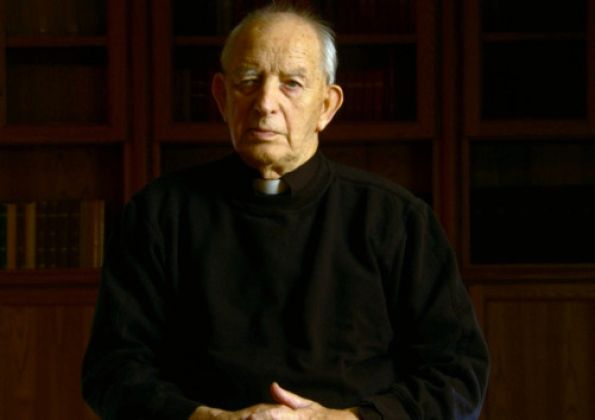 In the 1980s when the IRA armed by Libya was involved in another surge in its ‘long war’, there were those who took the risk of talking – people including Fr Alec Reid and the then SDLP leader John Hume.

Just recently, we were reminded of their efforts in the deeply emotional documentary 14 DAYS produced by DoubleBand Films for the BBC.

That talking did not deliver instant results. Indeed as it happened the dialogue was both damaged and undermined as the IRA launched what came to be known as the “Semtex War”.

This week’s documentary prompted me to read back on republican briefings in that period of 1988 as my journalist contacts with the IRA and other groups were developing.

Republicans were both speaking and practising war. 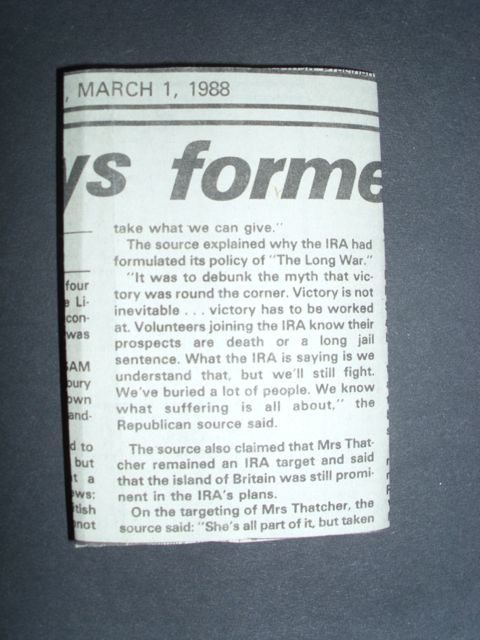 “Victory is not inevitable…victory has to be worked at,” I quoted a senior republican saying in March that year.

“Volunteers joining the IRA know their prospects are death or a long jail sentence.

“What the IRA is saying is we understand that, but we’ll still fight.

“We’ve buried a lot of people. We know what suffering is all about.”

I included those comments in a news report for the Irish News on March 1 1988 (above). 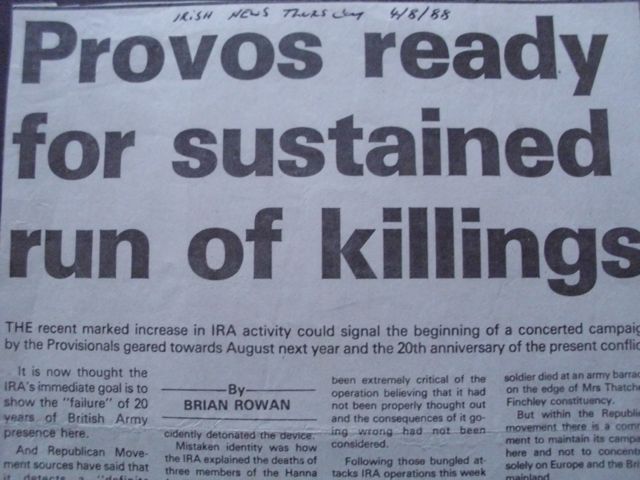 Just weeks later republicans emphasised that the SDLP/Sinn Fein talks of that period were not about an IRA ceasefire and as 1988 developed the briefings signalled the beginning of a concerted campaign linked to the 20th anniversary of the deployment of troops here.

As far as the IRA was concerned the political talks had not produced an alternative to “armed struggle”.

At that point, the easy option for Fr Reid, Hume and others would have been to walk away, but they persevered.

The talks moved off-stage. They were not seen and a long dialogue eventually produced an end to the long war.

It was achieved through talking, ceasefires, decommissioning and a formal end to the IRA armed campaign.

So, talking works and, however difficult and controversial, it should be tried with those called dissident.

Indeed I have argued that if they won’t come to the talks, then the talks should go to them.

“We want to engage with you, but there is no longer a political context justifying the use of any armed activity…

“We must do our best to open on-going discussions and contacts with other republican parties and groups who differ from or who are opposed to Sinn Fein,” he wrote. 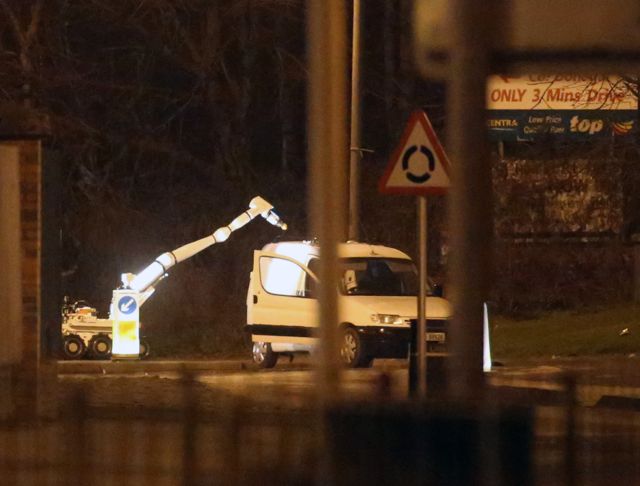 General view of the scene in Derry/Londonderry on the 4th March where police officers are believed to have intercepted a van containing an explosive device.

It takes two to talk and, in the context of this type of dialogue, many more than two.

Have those behind the current armed actions heard McGuinness, Durkan and Kearney?

Are they willing to talk and are they prepared to consider an alternative to armed activity?

They can’t argue that they are being locked out of dialogue.

The door is wide open and the challenge for them is do they have the courage to step inside.