The world famous TEDx Talk movement is coming to Northern Ireland. This is a massive deal. The TED movement represents the edge of the envelope: a forum that discusses the most innovative and exciting ideas in existence. Something you’d associate with Silicon Valley or the liberal east coast of America. Not with Northern Ireland.

So for TEDx to be coming to Stormont on March 28th 2013 is a wondrous development. It should be celebrated and rightly regarded as a landmark moment in our journey towards a higher order of things. 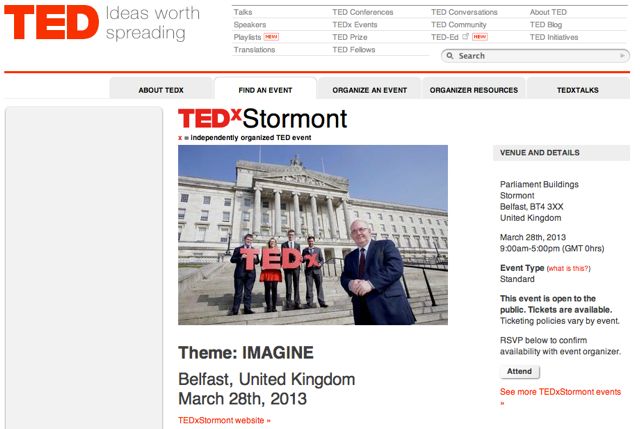 But hold on: isn’t Northern Ireland about to slip into a new age of violence?

And this is my concern: in Northern Ireland we currently have two real and powerful tensions. On one side we have a section of society, both catholic and protestant who’re committed to reinstating the old order and the old world of violence.

While on the other side of society we have a demographic which wants to drag Northern Ireland into the future and into the new world of the digital, networked and thoroughly global economy.

This second class is Northern Ireland’s moneyed, cappuccino drinking people. They have privilege on their side. They are also a people who are ambitious, committed to self-improvement and who have largely elevated themselves above the mindlessly partisan politics.

However it would be wrong to say that this jet setting, cappuccino drinking cadre in Northern Ireland is an entirely new phenomenon. It’s not. John Hewitt spoke and lamented upon the well to do class in his famous poem written in 1969, ‘The Coasters’.

to golf and weekend bungalows,

caravans when the children were small,

the mediteranean, later, with the wife”

So whilst Northern Ireland was always divided between the rich and not so rich, I feel it right to say that Northern Ireland, like much of the world, now seems more divided socially than ever.

Knowing this, there’s something not just right about the TED development. The coming of TEDx to Stormont, whilst tensions simmer on the streets and in reactionary enclaves, demands a serious critique. 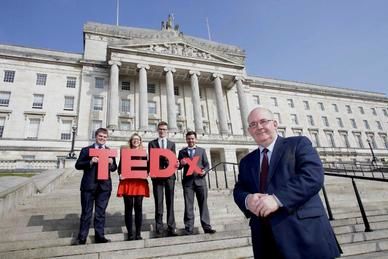 It’s worthy to again return to the work of John Hewitt and to his poem, ‘The Coasters.’ In this piece not only did John Hewitt manage to capture in verse the lifestyle of the moderate, middle class types but he also managed to catch their character and constitution.

That these people were in the main part, self-interesting and preoccupied with their own wants and needs. Certainly they were not interested in the doings of those whom they saw as the lowly herd.

These words, though written decades ago have a lasting legacy and a resonance with the reality of today.

The final paragraph from ‘The Coasters’ also speaks viscerally to us today:

“The cloud of infection hangs over the city,

a quick change of wind and it

You coasted too long.”

The reality of today is that middle class unionism and nationalism has coasted for too long. The fact that TEDxStormont is coming while loyalists turn in on themselves and dissidents plot to blow up key locations is a testament to this.

More worryingly still: the infection of which John Hewitt spoke has already spilt over the leafy suburbs of today. Look at the cost to local businesses of the recent union flag unrest. The on-going disturbances and threat of violence has pushed business out of Northern Ireland and scared away foreign direct investment.

Creed-crazed zealots and the ignorant crowd have again made Northern Ireland a byword for hate and violence.

But their violence is not the heritage of the moneyed, middle classes.

So as John Hewitt rightly asked in, ‘An Ulsterman’: “shall I not remonstrate?”

And that’s the problem. Northern Ireland’s moderates, like their peers in government are largely content with disassociating themselves with the working classes.  They’re happy to coast. They’re happy to let their religious peers who share the same constitutional aspiration to fester in poverty and sink estates. 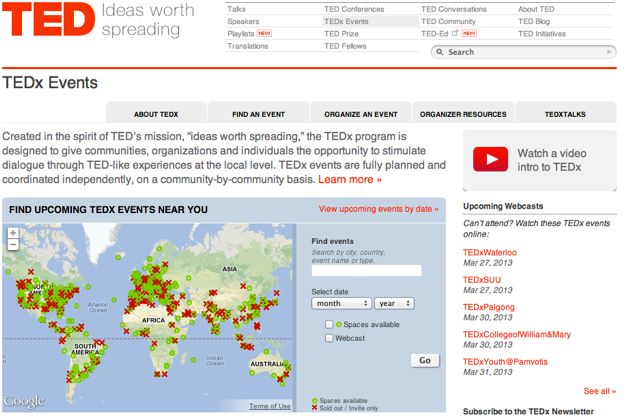 That is why I see the coming as TED to Northern Ireland so questionable. The flags raised the issue of reintegrating the working classes into the political process and mainstream society. However are we now simply reverting to the old order?

The funny thing is that moderates want to move Northern Ireland into the new global economy; however their predisposition towards ‘coasting’ and disassociation from the radicals is in fact precluding them from doing so.

So instead of holding a self-gratifying east coast America-style event in Stormont that merely reinforces the social division, shouldn’t Northern Ireland’s moderates be positively remonstrating?

Should they not go out and actively mix with their lower brethren to say that their violence is not their legacy or their tradition?

Social share:
John Hewitt Northern Ireland Stormont TED TEDx Talk
Previous ArticleIn our remembering we forget a lot
Next Article Why does mainstream unionism not get it when it comes to equality and fair play? Eamonn Mallie asks