You are at:Home»News & Current Affairs»What is needed is leadership from those meant to be the leaders
Social share:

Maybe the penny is beginning to drop – an understanding that one community talking to itself, while it might be therapeutic, can change nothing.

The Unionist Forum was a response to the City Hall flag row and the street protests that followed.

It brought representatives of the Protestant-Unionist-Loyalist (PUL) community under the one Stormont roof, but for what purpose and to do what?

In our new world nothing changes unless the two communities speak – in the same room and at the same time. 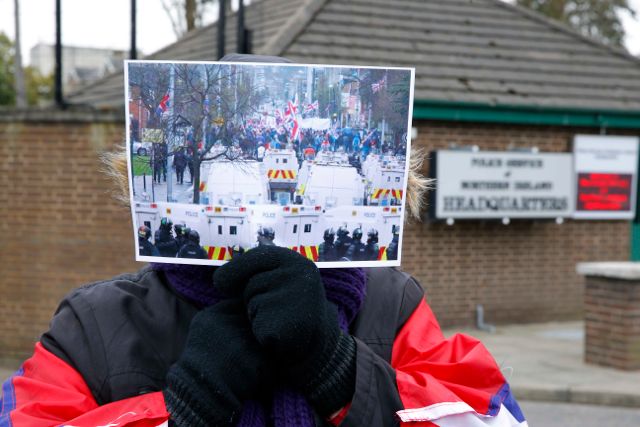 The key to agreement is a two-way dialogue, not a conversation in the mirror.

Now, a political grouping linked to the UDA has raised concerns about the Unionist Forum warning –  “it cannot be a stunt”.

That Forum, includes cross-party unionist politicians, loyalist representatives, the Orange Order and Apprentice Boys – but it has met just twice in full session.

The Ulster Political Research Group is represented by paramilitary ‘brigadiers’ Jimmy Birch and Jackie McDonald – the latter the most public and prominent of the many loyalist leaders.

It is his branch of the UPRG in south Belfast that has raised concerns about a lack of momentum.

“There is an underlying sense of frustration with regard to the Unionist Political Forum,” a statement said.

“We were promised initially that the Forum would be the vital piece of the jigsaw that would connect ‘us’ with the politicians at Stormont,” the statement continued.

“This in itself recognised a disconnect,” it added.

The statement said that disconnect was a failing on the part of politicians – and that issues of concern go much wider than the flag.

“Yes, it was about flags but no it was not just about flags,” the statement continued.

“There is a feeling of alienation, of injustice, of things being far removed from the new political dispensation that the post Good Friday Agreement promised to bring,” it said.

The statement was issued in the name of Paul Clissold – general secretary of the south Belfast Branch of the UPRG.

“We are on record as believing that, taken literally and with a dedicated attitude amongst all, the Forum could pinpoint areas of concern and most importantly address the concerns through action,” he said.

That hasn’t happened, and this statement reads of frustration and let down.:”Momentum is already being lost,” it said – asking:

Clissold said the two UPRG representatives “are working tirelessly” on the ground –  meeting groups and individuals and arguing  the need for “discussion, debate and calm deliberation.”

The statement then asked: “Is our pace being matched by the politicians?

The UPRG accused Sinn Fein of a policy of “cultural exclusion” – and, on the work of the Forum, said:

“Efforts must be redoubled to get this Forum working and delivering.

“This cannot be a stunt – a token gesture,” it said. 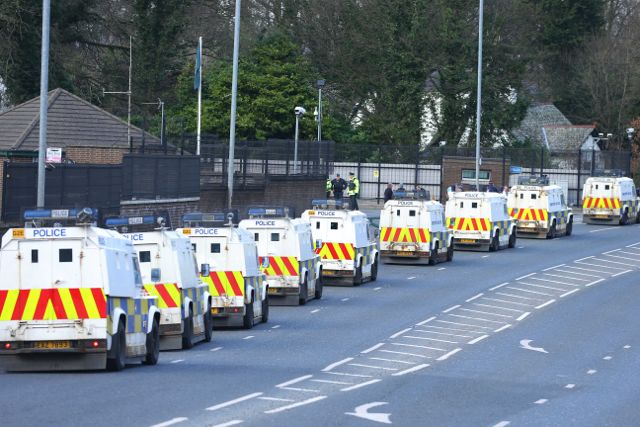 He called for more interaction between politicians and protesters and said: “If the flag is not going to go up again, then the politicians should tell the people the truth.”

What we are hearing are concerns being expressed that this Forum could become a talking shop unable to deliver.

The protests and the marches that are part of the fallout will change nothing.

They won’t reverse the City Hall flag decision, and if there is a sense of alienation then that needs to be discussed in a much wider forum.

The headline in the period since the City Hall vote on December 3 has been a lack of leadership – political and policing failures.

Indeed, as politicians flounder, the PSNI has been pulled into this swamp, and we have watched a few hundred people do as they please on the streets of Belfast.

Now, in February, we hear rumblings about the marching season.

It feels like a walk back in time, a problem with a process that has pushed issues away rather than deal with them.

So, that big conversation needs to happen and sooner rather than later; not one community talking to itself, but with everyone involved.

There are those who are playing in it and with this situation, and what is needed is leadership from those who are meant to be the leaders.