You are at:Home»News & Current Affairs»“Social Media and the Law: Where do we Stand?”
Social share:

To understand how social media is being policed in Northern Ireland we need to understand how the police, PPS and courts have reacted to the cases that have come forward to date.

Before we look at the specific cases we need to make two things clear.

Firstly, if someone makes a malicious slur on social media you can seek legal redress by suing them for libel. This is a civil law action and any remedy will come in the form of damages.

Secondly, if someone threatens or harasses you or is grossly offensive, the Public Prosecution Service can prosecute that person. This is a criminal action and any remedy will come in the form of criminal conviction, suspended sentence, warning or acquittal. 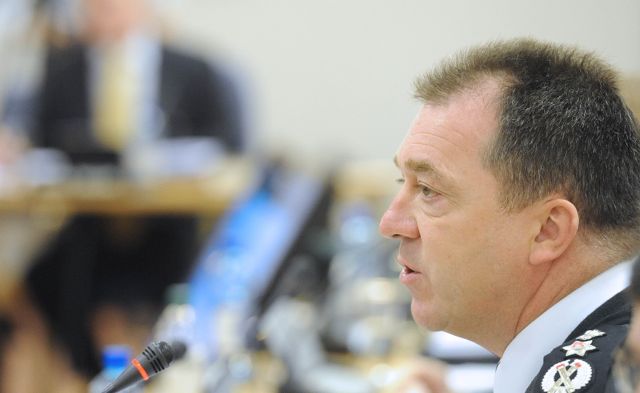 I now want to explore the two avenues in turn.

There are no exact figures for the number of libel cases that have come before the civil courts in Northern Ireland. We do know however that there has been a big rise in this area of law.

According to the President of the Northern Ireland Law Society, Imelda McMillan, solicitors in Northern Ireland are increasingly dealing with people who want legal advice following slurs made about them on social networking sites.

Although there are no exact figures we have seen a number of libel cases brought to court. Proceedings to date have shown that courts will take robust action against those people who post libellous comments about other peoples or businesses over social media.

Three employees of a Belfast company recently received a £35,000 pay-out after being trolled by an anonymous Facebook user.

Mr Justice McCloskey who delivered judgement said: “The courts in Northern Ireland have demonstrated their availability and willingness to protect the interests of those whose legal rights are infringed by the cowardly and faceless perpetrators of this evil.”

Justice McCloskey echoed the President of the Law Society, Imelda McMillan and said that he had seen a “disturbing” rise in litigation for libel.

He said that a full solution lay beyond his court, hinting that legislation of guidance from higher courts is required. He also suggested that self-regulation could be a solution.

According to recent communications with the Chief Constable of Northern Ireland, Matt Baggott a number of social media arrests have been made (such as incident here) and individual cases have been referred to the PPS, however none have reached the threshold for prosecution.

We know however of one incident in which a man was fined and given a suspended sentence for threatening Gregory Campbell of the DUP over social media.

This stands in contrast to England and Wales where at least 5000 incidents were reported to the police and at least 653 persons were prosecuted for social media offences in 2012.

Despite the lack of figures Northern Ireland has seen a massive rise in social media abuse, especially with sectarianism and hate speech.

From this the question then arises: when should the criminal law step in?

In Northern Ireland neither the Attorney General, John Larkin QC or the Director of Public Prosecutions, Barra McGrory has issued guidance.

However Matt Baggott has said that the PPS in Northern Ireland is content for the PSNI to work to the interim guidance issued in December 2012 by the DPP in England and Wales, Keir Starmer QC.

Under the guidance someone can be criminally prosecuted for social media abuse, if this activity falls into one of four categories:

1.     They have maintained a campaign of harassment.

2.     They have made a credible threat against a person or property.

3.     They have broken a court order – i.e. juror who looks up outside information on court action.

If social media abuse falls into the above category, then police and the PPS will take robust action.

The area of difficulty comes when offensive or insulting comments are made on social media. Free speech is a central tenet of a vibrant democracy and so law enforcers must be sure not to infringe on this right.

They must work to strike the correct balance between free speech and the criminal law. Each case must be viewed on its own facts and merits and the threshold for prosecution must be set high.

4.     Someone can be prosecuted if they are grossly offensive, indecent or obscene.

There are a number of qualifications that come with the fourth category. Prosecution will not be sought if:

These interim guidelines are sound, balanced and pragmatic and importantly, provide law enforcement agencies in Northern Ireland with a strong template from which they can work.

However UTV recently investigated the issue of social media and the law and received a statement from the PPS in Northern Ireland that it is currently considering the legal issues around social media and in the future may decide to issue a policy document.

Looking forward we should keep in mind that the public consultation on the interim guidance will come to a close in March 2013. Thereafter we can expect more movement on the matter.

We should also be minded to remember that David Cameron has recently rejected Lord Leveson’s recommendations to enact legal control of the press. In that context it would be hard to imagine the coalition government acting to introduce new legislation to control social media communications.

In the meantime the Justice Minister will be meeting with the Secretary of State for Justice, Chris Grayling. On this basis we could expect a more public announcement from the Stormont Assembly on the matter.

Considering things more locally, what we need is an informed debate about free speech in the age of social media. We need to inform society of what is and is not acceptable and inform them on what can happen if they go beyond certain accepted norms.

The President of the Northern Ireland Law Society, Imelda McMillan has said that solicitors have expressed concern that people in Northern Ireland lack basic understanding on the implications of posting derogatory, threatening, sexist, sectarian, racist, slanderous or libellous comments on social media websites.

Knowing this it’s important that the public at large understand that it’s entirely possible that they could face fines, prosecution or even a prison sentence after making malicious comments online.

To make this happen Northern Ireland needs a joined-up response that sees people, businesses and agencies at all level of society informed about what is acceptable. As it currently stands the public is confused and the law enforcement still uncertain and reluctant to over-react.

Already we’ve seen evidence of proactive action being taken to inform people. A school in Taunton, Somerset has introduced social media libel onto its curriculum.

This is a model that could be used to chart a way forward. Free speech is paramount and so effective self-regulation is the most sensible way to move forward.