On 15th December 1994, just weeks after the Loyalist Ceasefire as Progressive Unionist Party (PUP) Chairman I was part of a delegation of PUP representatives lead by David Ervine to climb those steps of Stormont for our first exploratory talks as a precursor to full negotiations. 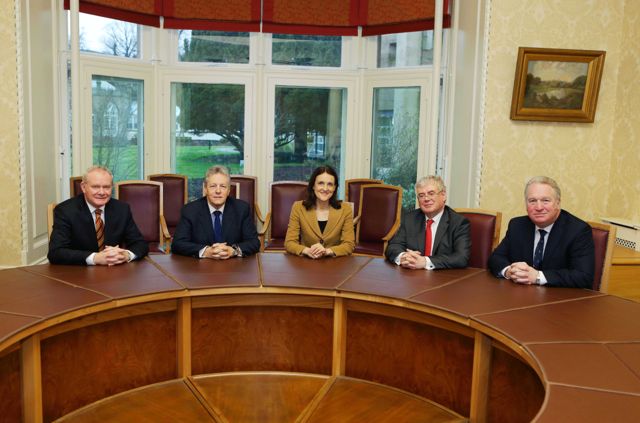 On that particular occasion we presented a discussion paper to the British officials which included the following paragraphs:

“Working Class areas in Northern Ireland have suffered most from the collapse of Belfast’s economic base. The demise of linen/textiles and the contraction of shipbuilding and engineering have impacted on employment opportunities particularly in Protestant communities within one generation leading to severe community dislocation.

“Unemployment stands officially at over 30% in working class areas, rising to over 60% on large housing estates. This is compounded by a poorly qualified population – 85% of 16 years + have no formal education/training qualifications in the Greater Shankill and 70% leave school at 16 years old.”

When we entered fully-fledged negotiations even we realised then that in dealing with all aspects of the conflict there were issues that fell outside the strict definition of politics.

There was an acknowledgement within the talks that gave birth to the Confidence Building Committee to deal with issues such as parades, culture, emblems, victims, the past and confidence building measures within all communities. The Committee contained representatives from all parties including representatives who were not elected. The PUP representatives were the late Billy Mitchell and Eddie Kinner.

The Confidence Building Committee arrived at the conclusion that a Civic Forum would be set up that would contain appointed non-elected people from various walks of life who would not have the shackles of party politics or the mill stone of mandates round their necks.

The Civic Forum was appointed and set up and indeed sat in a number of sessions. The emotional and confidence building measures would be channeled into the forum thus freeing up the politicians to deal with running the country and making decisions on Health, Education, Employment and the many other strands of Government.

Of course the newly elected Stormont politicians were filled with kangaroo petrol in the first period with their stop, start, suspension up down up approach to governing the country.

The cease-fire politicians selfishly began to cherry pick the Agreement pressing ahead with those things they liked and abandoning those things to which they were opposed.

The cease-fire politicians opposed the Civic Forum standing on their hind legs demanding it to be abolished and asking who are these unelected people without a mandate telling us folks on the hill what to do?

In 2002 the Civic Forum was abolished thus trailing all those emotional and sensitive issues back onto the floor of Stormont.

The Belfast Agreement was wholesomely and craftily drafted to include all sections of the community elected and non-elected.

The cherry picking and abandoning of parts of the agreement has left it open to abuse.

I’m not saying that a Civic Forum is the answer but maybe an updated version could be the next step.

William 'Plum' Smith is a former Red Hand Commando prisoner. He chaired the 1994 Loyalist ceasefire press conference and is currently writing a book on the life of Loyalists in prison .