These are interesting times for social media. In Dublin Fine Gael TD Tom Hayes seems to be toying with the idea of bringing in legal control of online communications. In England and Wales the director of public prosecutions has played it cool and has put the matter out to public consultation.

By and large the social media situation on both sides of the Irish Sea remains pretty much open.

Meanwhile over In France they’re taking things one step further and now seem committed to enacting state censorship. The French who saw “huge growth” in Twitter usage in 2012 have come face to face with a concomitant growth in the number of offensive, threatening and hate-related tweets. 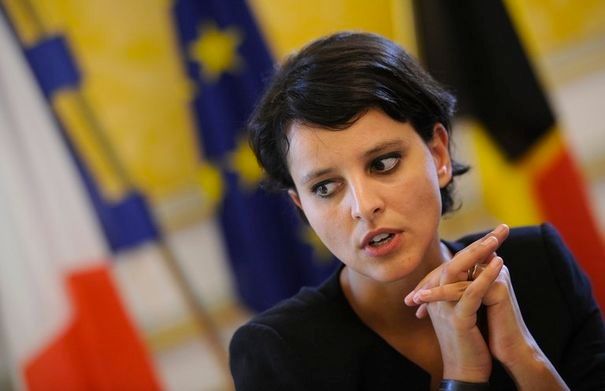 In response to this the French minister for women’s rights Najat Vallaud-Belkacem, brought into the French cabinet to shore things up in the post-DSK era, has made clear her government’s commitment to censoring hate speech and to going after the original communicators.

Incitement to hatred and hate speech is illegal in France under its Code Civil and this makes prosecution for online hate speech entirely possible. So for now her aim is not to create new internet laws but to rigorously apply existing laws to social media.

Her main goal however is to create a new infrastructure with Twitter which would allow policing and stiff enforcement of the micro blogging site. Vallaud-Belkacem’s demands were outlined in a number of news reports in the first days of 2013.

According to the French newspaper Le Monde the minister for women’s rights has since written a letter to Twitter about her demands and on Wednesday 9 January spoke with the CEO over telephone conference.

Le Monde said that the star member of the Parti socialiste came away from the discussion combative and optimistic. It was added that Francois Hollande’s cabinet minister brokered a number of commitments from Twitter for the application of French law.

Her primary goal going forward is to target and censor hate related trending topics and hashtags. But for the social media platform that calls itself the free speech wing of the free speech party these are unquestionably worrying developments.

Free speech, no matter how rude or offensive it is, is the hallmark of a vibrant and assertive democracy. So whilst hate speech is illegal in France the suggestion that government should have any sort of control over what is said on Twitter is wrong.

The question we really need to ask is: where would this censorship drive end? Should the French government manage to gain censorship controls over Twitter they will have set a dangerous precedent for themselves and others. A precedent that would effectively open the gates to allow the state to censor Facebook, other social media platforms and any and all online forums.

In an age in which social media users in countries such as China, Iran and Bahrain are heavily censored and even jailed for stepping out of line the West’s liberal democracies need to stand as a standard bearer of how things should be done.

There is a subtle line between disapproving speech and banning it. In that difference lies a liberal society. Any shift towards banning certain social media communications would encroach on the rights of the individual, encourage further censorship and most worryingly, embolden the policies of the world’s most vicious autocratic governments.

2012 may have been the year that Twitter and other social media got big, but lets hope that 2013 isn’t the year that it gets gagged.

Social share:
France Francois Hollande Najat Vallaud-Belkacem social media twitter
Previous ArticleUniquely, where hoisting and lowering of flag means so much
Next Article ‘Mystic of the east’ and ‘No Plan B’ for ‘east east east’ Belfast