You are at:Home»News & Current Affairs»If people can’t see the peace, then they won’t believe it – Brian Rowan reports
Social share:

I know what it’s like to be a young teenager living in fear.

It was something I experienced 40 years ago along with my brother and our younger sisters growing up in east Belfast.

For us, in that period of the early seventies, it was a case of wrong place-wrong time; a Catholic family on the wrong side of the community lines in the worst period of what many still refer to as ‘The Troubles’.

What a totally inapt description of a bloody conflict that stretched across decades.

Our family was like many other families across the communities – Protestant and Catholic – trapped and lost in those many wrong places. 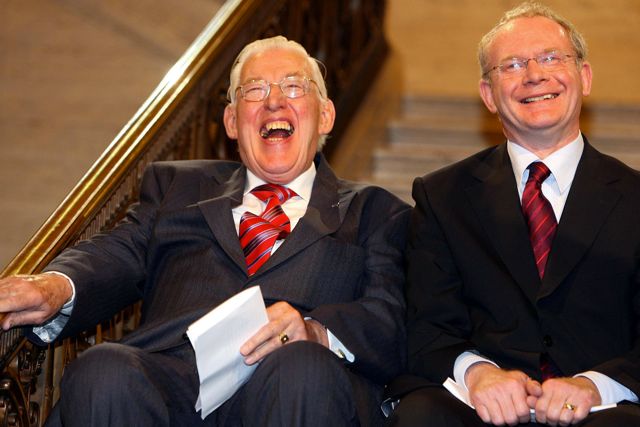 I still remember my mother lifting my sisters out of beds covered in glass after the windows had come in.

It was one of several such attacks on our home.

Eventually the windows were covered with grills, and there were times when you couldn’t step outside the door.

At night we didn’t sleep. You felt safest when everyone was inside, and we worried about every sound and noise outside.

Yet we are one of the lucky families – lucky because we came through that experience and survived it.

What I can’t understand is why forty years later there are families still living that experience – in the Short Strand, on the lower Newtownards Road and on many streets elsewhere.

This place has a high peace and a high politics that hasn’t yet found its way to the ground.

Look at the street mess linked to the City Hall flag row, and look at the kids of another generation being used as fodder in a play and another theatre of hate.

The PUP leader Billy Hutchinson describes the protests as a revolution with a small ‘r’.

I have used other words – calling it a dangerous street play that could have deadly consequences.

So, we need to ask ourselves, is this really the best we can do?

A part of one community is on the street because of the fallout from the flag decision, and in another corner of this play the argument for a border poll gets louder.

Are these really the priorities at this moment of a very confused and contradictory peace?

No. They are not.

I sent him a message on twitter: “It’s about what everyone can do. Unfinished business on table/all sides in room – leadership and no playing to the crowd.”

So, what is that unfinished business?

It stretches across the unanswered questions of the past and wounds that haven’t and maybe can’t be healed.

It’s about competing cultures and identities – marching, flags and the reality of communities still segregated on the streets and in our schools; about the walls that still keep people apart, and  about the organisations that are meant to have left the stage, but haven’t.

For far too many on the ground, the high peace and high politics is a million miles away. It’s out of sight.

So, the real challenge is to bring it to where everyone can see it and can begin to believe it.

It means we need to stop playing wars in the peace, and it means

being careful with language.

This is not the loyalist spring or revolution with a small ‘r’, and talk of unarmed resistance is not clever.

I watched a loyalist bite his tongue recently as a former IRA prisoner argued that the republican war was not with the Protestant or loyalist community but with the British Army.

The IRA slaughtered Protestants in Kingsmill, on the Shankill Road and in Enniskillen.

Those attacks were no different from the loyalist shootings in Greysteel, Loughinisland or in the bookies on the Ormeau Road.

People may try to present them differently – might argue that there was a different intention, but that doesn’t wash.

Republicans also know – because they have been told – that loyalists feel their noses were rubbed in it when the City Hall flag was filmed being lowered and then posted on YouTube.

This is not the stuff of grown-up politics, but rather something that has the feel of winners and losers.

Unionists also need to think about the impact of the leaflet targeting MP Naomi Long and the Alliance Party.

In a recent television interview with me the former UVF prisoner Alistair Little described its language as “inflammatory” – referring to the flag being “ripped down” and how those words were read and understood and used by others.

All of this now needs a breathing space – calm words, cool heads and leaders to lead.

This has been a shock to the peace and the cost has been huge – policing costs, lost trade and the image of Belfast battered on the international stage.

The peace is incomplete, and Vernon Coaker is right –it is time to finish it.

That means a structured dialogue.

It means finally tackling the most difficult of issues – not in a one-sided conversation but in a room with everyone inside and the political to-do list on the table.

We all need to understand that if people can’t see the peace, then they won’t believe it.