You are at:Home»News & Current Affairs»Opinion»Family Values: 2012 – The year on TV
Social share:

It was the year when Europe finally said goodbye to analogue TV and hello to the digital age.

It was the year when Internet channels like Netflix began to flex some muscle.

It was the year when the world was mesmerised by coverage of the London 2012 Olympic and Paralympics Games and Clare Balding finally cemented her place as a broadcasting star. 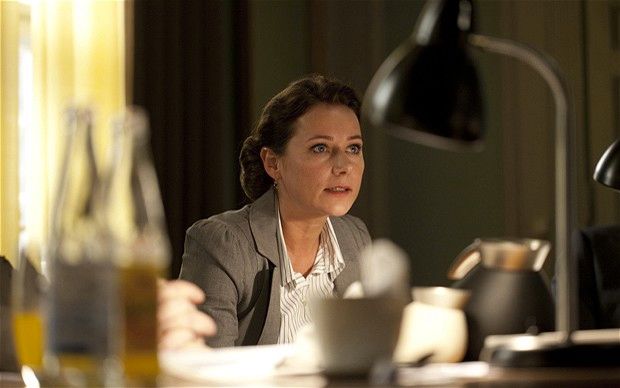 It was the year when President Barack Obama seemed to sleepwalk through the first Presidential debate against Mitt Romney, only to come back punching hard in the subsequent TV debates en route to a second term in the White House.

It was the year when ITV’s ‘Downtown Abbey’ killed off two of its major characters, including one on Christmas Day, in a double whammy that outraged some diehard fans.

It was the year when Silvio Dante’s doppelganger went to Norway in the rather iffy  ‘Lillehammer’ and Sarah Lund bowed out spectacularly in the third series of ‘The Killing’, while a rash of Scandanavian dramas graced our screens on BBC4.

It was the year when Sky One and Sky Atlantic not only delivered top quality imported comedy and drama in the shape of ‘Game of Thrones’, ‘Mad Men’, ‘Game Change’ and ‘Veep’ but decent homegrown comedy like Chris O’Dowd’s ‘Moone Boy’, Kathy Burke’s ‘Walking and Talking’ and ‘Alan Partridge’s Places In My Life’.

It was the year when William Shatner turned in a barnstorming performance as a guest host on ‘Have I Got News for You’, while Malcolm Tucker and a host of characters, old and new, mercilessly lampooned Westminster coalition politics in ‘The Thick of It’.

It was the year when Toby Jones delivered an uncanny impression of Alfred Hitchcock on BBC2’s ‘The Girl’ and Benedict Cumberbatch cemented his place as one of British TV drama’s biggest stars in the second series of ‘Sherlock’ and ‘Parade’s End’.

It was the year when Sean Bean donned drag in an episode of Jimmy McGovern’s ‘Accused’, Gabriel Byrne entered Downing Street in Channel 4’s ‘The Secret State’ and everybody waited for Claire Daines to pull her “Carrie cry face” in the disappointing second series of ‘Homeland’.

But for me, three programmes stood out 2012 – two dramas and one sitcom – and, interestingly, each had a distinctive take on family life:

Early in the year, Danish import ‘Borgen’ on BBC4 became one of the most talked TV shows on social media, thanks to its strong plots, excellent cast and another strong female lead.

In the finest political drama since ‘The West Wing’, Sidse Babett Knudsen played the leader of a centre left party who is unexpectedly thrust into the role of Prime Minister in a coalition government.

Not only did Knudsen’s Birgitte Nyborg have to battle with egos within her fragile coalition, political betrayal and a vendetta from Peter Mygind’s former Labour leader turned tabloid editor, she also had to hold her family together despite the competing demands of her job.

While the Machiavellian nature of Western politics provided the beating heart of Adam Price’s series, what set it apart was the domestic drama.

At the end of a gripping first season, Nyborg appeared to be on the ropes in her own home as her husband, Philip Christiensen (the excellent Mikael Birkkjaer) succumbed to the strain of playing second fiddle to his politician wife.

Roll on Series Two on BBC4 on January 5.

Michael Winterbottom has been one of the most original directorial voices of the past 20 years in British film and television.

In November he delivered the TV movie ‘Everyday’ on Channel 4 – a heartbreaking drama about a family struggling to stay together during their father’s imprisonment.

Rooted firmly in the European realist filmmaking tradition, Winterbottom’s movie followed the family on prison visits as their dad was shuffled across the country’s jails.

Painstakingly shot over the course of five years, Winterbottom cleverly cast John Simm and Shirley Henderson as the parents and four real life siblings – Stephanie, Robert, Katrina and Shaun Kirk – as their children.

As the two principals and the children aged onscreen, this made the drama seem even more authentic as Winterbottom charted the ups and downs of a family just about keeping their necks above water.

I have to admit the McGinns came to this hit ABC sitcom pretty late, even though we were well aware of its huge critical and ratings success in the United States.

Created by ‘Frasier’ writer Christopher Lloyd and Steve Levitan, ‘Modern Family’ is now on its fourth series and is now a firm fixture in our house – thanks to some of the best ensemble acting and comic writing on mainstream TV.

Ed O’Neill, previously known for his role in ‘Married With Children’, plays Jay Pritchett – the bemused patriarch of the Californian Pritchett and Dunphys families – who is now living with his second wife, Gloria (a fiery, younger Colombian woman) and her precocious son, Manny.

The third link in the family chain is Jay’s gay son, Mitchell (Jesse Tyler Ferguson) who has adopted a Vietnamese child Lily (Aubrey Anderson-Emmons) along with his partner Cameron (Eric Stonestreet) who gives a whole new meaning to Drama Queen.

The success of ‘Modern Family’ lies in its ability to brilliantly lampoon its characters’ flaws without being mean or cruel.

There is rarely a day when an episode isn’t watched by all of us and we have to thank Pick TV, iTunes, TV3 and 3e for at various points of 2012 delivering a sitcom which has been a genuinely funny, shared family experience.