Needless to say the family and friends of journalist Martin O’Hagan killed by Loyalists are disappointed at the decision of Director of Public Prosecutions Barra McGrory not to prosecute in the murder of the high profile journalist.

Mr O’Hagan, who worked for the Sunday World was shot dead in Lurgan in 2001.

There had been an expectation that an ‘assisting offender’ or supergrass would appear in court to give evidence in the Martin O’Hagan case.

Today, DPP Barra McGrory unusually undertook to personally inform Mr O’Hagan’s brother of his non prosecution decision and then appeared before members of the Press to state:

“I know this decision will be disappointing to Mr O’Hagan’s widow, family, friends and colleagues but the evidence that can be given by an assisting offender must be carefully evaluated and the test for prosecution applied on a case by case basis.

“Every case is different and the question whether the test for prosecution is met can only be determined on the merits of each individual case”, he added.

It is refreshing to see at last a Director of Public Prosecutions stepping out of the shadows to face the music for his decision making.

Despite the fact that Mr. McGrory contends that each case ‘can only be evaluated on the merits of each individual case’ one wonders what is the future of the practice of using so called ‘assisted offenders.’ 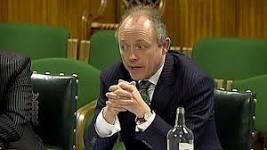 Social share:
Previous ArticleThe Weather
Next Article So here’s to you… Mr Robinson