On March 14 1991 The Birmingham Six walked free from jail after their convictions for the murder of 21 people in two pubs in England were quashed by the Court of Appeal.

The Irishmen who had spent seventeen years in jail always protested their innocence.

In 1980, Lord Denning, the former Master of the Rolls, judged that the men should be stopped from challenging legal decisions. 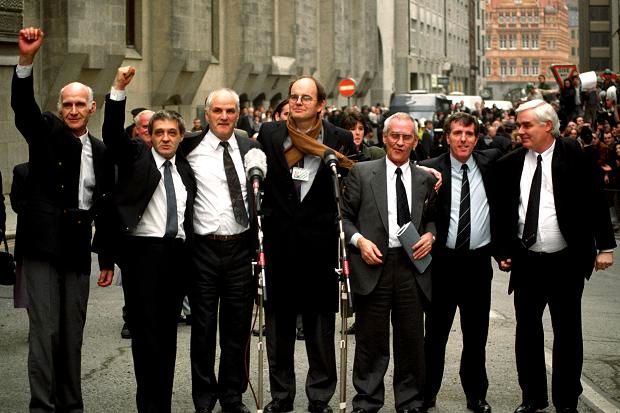 He listed several reasons for not allowing their appeal:

“Just consider the course of events if their action were to proceed to trial… If the six men failed it would mean that much time and money and worry would have been expended by many people to no good purpose. If they won, it would mean that the police were guilty of perjury; that they were guilty of violence and threats; that the confessions were involuntary and improperly admitted in evidence; and that the convictions were erroneous… That was such an appalling vista that every sensible person would say, “It cannot be right that these actions should go any further.”

After 17 years in prison, in 1991 the Director of Public Prosecution, Alan Green, said that the Irishmen’s convictions “can no longer be considered safe and satisfactory.”

I haven’t tracked any specific language from within the RUC or the security apparatus to match the colourfulness of Lord Denning’s utterances on the Birmingham Six in 1980 but needless to say those former police officers for whom the cap fits will not be unfamiliar with the terms ‘slabbing’ and ‘lawyering.’

This was RUC argot for police/army shoot to kill events at the height of the Troubles in Northern Ireland when the security forces  literally engaged in wiping out paramilitary units.

David Cameron has had the distinction in his brief tenure as Prime Minister of having to stand up in the Houses of Parliament three times to lay bare the ugliness of the actions of his security forces in the Hillsborough Disaster, Bloody Sunday and more recently in the case of solicitor Pat Finucane killed as a result of collusion.

Those close to the PM witnessed a shocked man who had just read Saville’s Bloody Sunday report and the De Silva review into Pat Finucane’s killing.

Another Cabinet Minister was correspondingly shaken by the lethal antics in the Finucane case in which the RUC and the security forces were involved.

A source close to David Cameron told me on reading the Bloody Sunday report by Lord Saville twice, he blurted out “It is the worst thing I have ever read.”

Addressing the House of Commons after the publication of the report on 15 June 2010, the PM described what British soldiers had done as “both unjustified and unjustifiable.” He added “it was wrong.”

He told MPs that all those who died were unarmed when they were killed by British soldiers and that a British soldier had fired the first shot at civilians.

He also said that this was not a premeditated action, though “there was no point in trying to soften or equivocate” as “what happened should never, ever have happened”.

Mr Cameron then apologised on behalf of the British Government by saying he was “deeply sorry.” 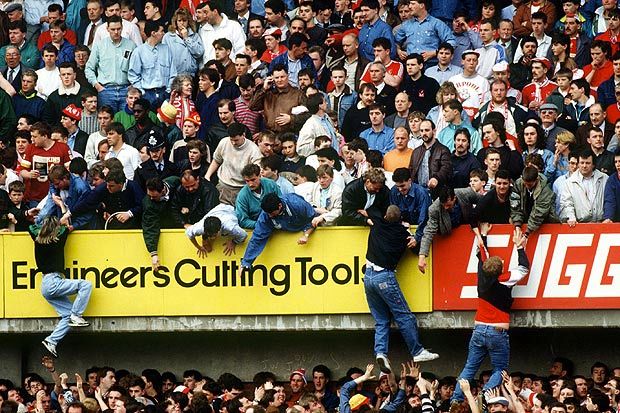 A former chief constable is to lead a new criminal inquiry into the Hillsborough disaster, which could result in the prosecution of police officers, over the deaths of 96 Liverpool fans.

“And it was wrong that the police changed the records of what happened and tried to blame the fans. We ask the police to do difficult and often very dangerous things on our behalf.

“And South Yorkshire Police is a very different organisation today from what it was then.

“But we do the many, many honourable police men and women a great disservice if we try to defend the indefensible. It was also wrong that neither Lord Justice Taylor nor the coroner looked properly at the response of the other emergency services.

“Again, these are dedicated people who do extraordinary things to serve the public.

“But the evidence from today’s report makes very difficult reading.”

“Mr Speaker, with the weight of the new evidence in this report, it is right for me today as prime minister to make a proper apology to the families of the 96 for all they have suffered over the past 23 years.

“Indeed, the new evidence that we are presented with today makes clear that these families have suffered a double injustice.”

An independent report in September found that police and emergency services had tried to blame the fans for what happened. It discovered that police statements had even been changed to put the blame onto the fans.

The report also said that as many as 41 of the victims’ lives could have been saved. 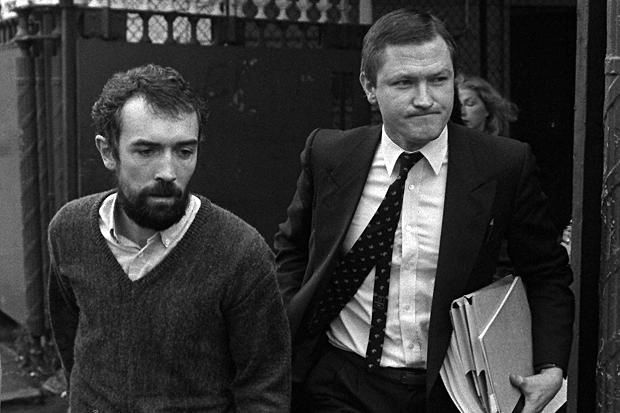 One of the most remarkable revelations by Desmond de Silva, the QC who reviewed the background into the Loyalist killing of Belfast solicitor Pat Finucane is the fact that 85% of all intelligence in the UDA’s basket in  the ’80s emanated from within the security forces.

Should we presume the other 15% of UDA intelligence which was not ascribed to the security forces enabled Mr De Silva to conclude there was no ‘overarching state conspiracy’ to collude, if not worse?

While there can be no tolerance of what happened on Bloody Sunday and the accompanying cover up, in many ways what De Silva reveals in his review into the killing of Pat Finucane is much more serious.

This was an iterative process with a premeditated plot involving many arms of the State co-operating with killers.

The enormity of what took place leading up to and after the killing of Pat Finucane is offensive in a democracy.

In 1997 father of-six Sean Brown, 61, was abducted as he locked up his GAA club gates in Bellaghy, Co Derry. He was bundled into the boot of his own car and later found shot dead a few miles away.

The Loyalist Volunteer Force admitted the murder and although a number of people were arrested for questioning, no one was charged.

A new probe was announced by PSNI Chief Constable Hugh Orde just ahead of a damning report by Police Ombudsman Nuala O’Loan.

She concluded there were “significant failures in the investigation” by officers of the former RUC.

She condemned the failure of Special Branch to hand on intelligence information about those possibly responsible.

She said: “I think it was enormously important that the intelligence was not passed on.”

Mrs O’Loan focused on the “unexplained disappearance” of an important police document on the case after her inquiry was announced.

She said the disappearance was “sinister” and had “seriously impeded my investigation”.

One of Mrs O’Loan’s investigators, David Woods, said: “This was a catalogue of incompetence and failures. There were very serious and inexplicable failures. It was very bad police work.

“This was an appalling investigation. It was unprofessional.

“This was a high-profile investigation into a sectarian murder at a highly politically sensitive time.

“It should have attracted a professional and robust approach that it did not receive.”

Despite the failings, Mrs O’Loan said she had found no evidence of police collusion in the murder, including no evidence that police allowed the vehicles used by the killers “safe passage” from the area.

She recommended that a “full independent review” be launched into the murder.

I recall one of the Police Ombudsman’s senior investigators saying that the poor handling of the investigation into the killing of Sean Brown was only one of hundreds of shoddy police investigations into controversial killings.

In recent weeks we learned  that High Court judge Seamus Treacy quashed a previous Police Ombudsman’s report into the Loughinisland killings in South Down in June 1994.

Police Ombudsman Al Hutchinson found there was insufficient evidence of collusion between police and a loyalist gang.

Six men died when UVF gunmen raked The Heights bar in Loughinisland in 1994.

Mr Justice Seamus Treacy issued an order to scrap the previous disputed findings by Al Hutchinson after being told the current watchdog, Dr Michael Maguire, consented to the move.

His ruling is being seen as a massive victory for the victims’ families.

It will now open the door for a fresh investigation into the shooting.

Those shot dead included 87-year-old Barney Green, one of the oldest victims of the Troubles.

Five others were seriously wounded.

No one has been convicted of the murders, although 16 people have been arrested in connection with the attack.

Victims’ relatives suspect the RUC investigation was undermined in order to protect informants.

“Rather, he is consenting to the court quashing that statement on limited grounds.”

Mr Justice Treacy then confirmed he would make the order requested and awarded costs to the Loughinisland families.

He added: “Of course, everybody has acknowledged that the present Ombudsman has behaved very properly and promptly in addressing the matter in the way he has.

“The order for costs is no reflection on him.”

Lawyers for the families described the outcome as a significant milestone in their campaign to establish the truth surrounding the atrocity.

Niall Murphy, of Kevin R Winters, said it was the first successful judicial review of a report by the Police Ombudsman’s Office.

“Our clients’ strong criticisms, made immediately in the wake of the publication of the report in 2011, have been vindicated and they deserve credit for their perseverance and dedication to establishing the truth about what happened to their loved ones,”  he said.

Any scrutiny of the above cases, not to talk about Loughgall,  Kingsmills, Enniskillen and so on, leads to one conclusion. 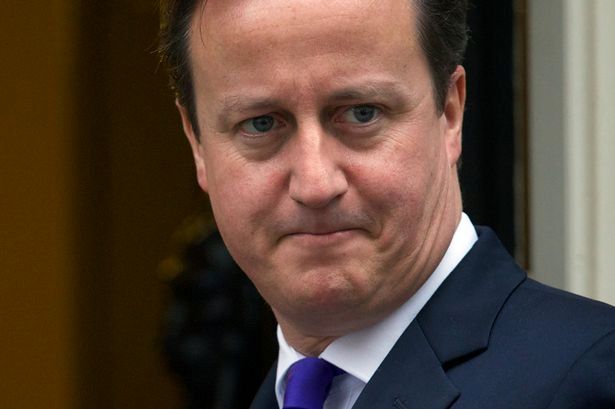 If David Cameron is not intending to spend the remainder of his term as Prime Minister apologising for the criminal and lethal behaviour of the many members of his justice and  security system, he ought to have a root and branch investigation into what is rotten in this security edifice.