You are at:Home»News & Current Affairs»Senior Unionist: “The Unionist Forum is a lot of sectarian bunkum. All Prods together.” Too cynical?
Social share:

It is the oldest trick in the book in government: hit an obstacle – solution – establish a committee or a forum.

It buys time, space and serves as an elastoplast.

Hence the putting in place by Peter Robinson and Mike Nesbitt of ‘a Unionist Forum’ to assuage angry grassroots Loyalists having discovered a ‘disconnect’ with impoverished Protestant working class areas in the past two weeks.

You do wonder where these leaders have been living? 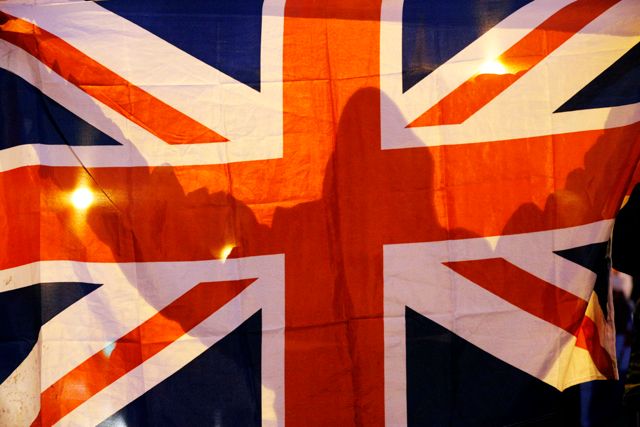 Deficits in education facilities, joblessness, poor housing and poor health are all part of these forgotten neglected communities.

The UVF community is also hurting, feeling victimised by the Historical Enquiries Team delving into historical crime. This was aired loudly during a community meeting I chaired in Lisburn.

Also sending shock waves through UVF ranks is the potential appearance in court in the early half of the New Year of a so called ‘assisting offender’ or supergrass.

There is a genuine worry at leadership level that this supergrass could inflict serious damage to senior personnel.

We are therefore dealing with a broken fractured Loyalist community and a Unionist leadership which as Alex. Kane has stated has always remained aloof from people at the bottom of the pile.

When Loyalists chose to take to the streets on the back of Belfast’s City Hall decision to limit the number of days the Union flag would fly, the leadership of Unionism, Robinson and Nesbitt who for the last thirteen years lived easily with the settled arrangement about the Union flag on Parliament Buildings on designated days, suddenly became exercised.

Fearing they would be left behind, they started out backing the protesters until the heat came on with the attempted murder of a young police woman in east Belfast.

By now the genie was out of the bottle. Robinson lost control of the political board.

Sammy Douglas, Ian McCrea and William Humphrey defied the DUP leader’s appeals to end all street protests and opted to stand shoulder to shoulder with the protesters.

The presence of MLAs at protests was eventually redefined – they were there as ‘observers.’

Jeffrey Donaldson now claims the police had asked his colleagues to attend protest meetings to help keep the peace.

What is this new credo in Unionism “peaceful protest is perfectly acceptable in a democracy.”

When was this new philosophy born in Unionism?

Industry was being hurt with the image of Northern Ireland being tarnished.

Good night Arlene. Nothing more was heard from her.

Faced with a rising tide of anger Mike Nesbitt and Peter Robinson came up with the idea of a ‘Unionist Forum’ to address unease in Protestants districts.

Suddenly we had a satellite administration addressing sectional interests – while we can only conclude the Executive has been left to twiddle its thumbs with the Cohesion, Sharing and Integration strategy wallowing in disagreement more than likely to emerge as a minority report.

Responsible informed community activists have been regularly expressing concerns to me about the delay in publishing the final Executive CSI report.

More worryingly, they tell me what is reaching their ears vis à vis the shape of that report, is far from edifying.

The early warning signs of trouble came with utterances from John McCallister of the Ulster Unionist Party and Chris Little of the Alliance Party.

McCallister contended that the report was not ‘inclusive’ in tone failing to embrace what he saw as reasonable sensible recommendations on many issues.

Both the SDLP and the Alliance Party say they wanted a comprehensive policy on flags and emblems. This was reportedly rejected by the DUP.

What is the new satellite Unionist/Loyalist Administration now addressing – you guessed it, Union flags, education, the economy etc.

What is going on?

Is there not an Assembly democratically elected with an Executive appropriately and proportionately appointed to resolve all of these matters?

Why is there a need for a ‘force within a force?’

What was the CSI strategy all about?

Weren’t we repeatedly told its purpose was to address all the remaining deficits flowing from the St Andrew’s Agreement in an effort to realise greater respect and sharing of our collective space? 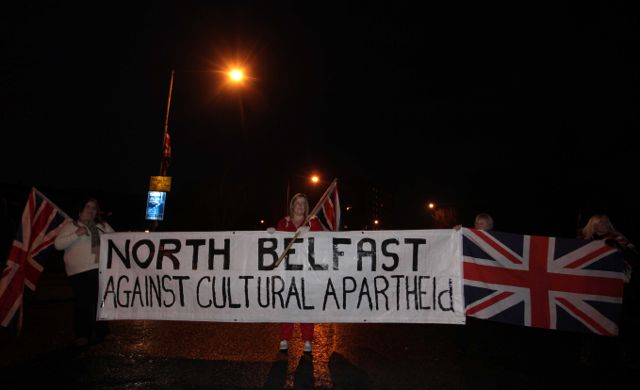 How many times have we heard from OFMDFM that the CSI report is arriving on their desk any day and that it will be published soon.

“The First Minister and I remain committed to building a united and shared community by continuing to improve community relations across our society.

Bringing forward a robust community relations strategy with a clear framework for action will be a critical part of achieving our vision of a better future for everyone.

We very much recognise the importance of translating the Executive’s commitment into clear, meaningful action, and we have asked the cross-party working group to conclude its work on developing the strategy as a matter of urgency.

We expect to receive a report from the working group in the coming weeks, which will allow a final strategy and high-level action plan to be published shortly thereafter.”

“It is profoundly disappointing that we are still awaiting publication of the Cohesion, Sharing and Integration strategy from the Executive.”

The new Secretary  of State Theresa Villiers is correspondingly frustrated at the tardy delivery of the CSI report.

Dr. Duncan Morrow, CRC Chief Executive outlined his thinking on the rôle of the CSI report:

“It is imperative that CSI ensures a shared, prosperous and democratic future for all the people of Northern Ireland. In addition to supporting peace building at local and regional level the strategy should also focus on the work of Government Departments and their agencies underpinned by Section 75 of the Northern Ireland Act 1998 which places a statutory obligation on public bodies to promote equality and good relations.

At this critical point in our history it is crucial that young people, victims and survivors, interface communities, prisoners, ex combatants, women and others have a voice in this consultation process and are fully included in the CSI strategy and its outworking.

The Community Relations Council believes that a shared and reconciled society offers the best way forward for Northern Ireland.

Council is fully committed to making this process work. It will be meeting to consider the draft strategy and will issue a more detailed response within the next few weeks.”

Clearly Dr Morrow ran out of patience. He has moved onto pastures new.

Needless to say the Unionist Forum seems to have done the trick for the time being.

The street protests have been scaled back. For this, we should all be thankful for small mercies.

Let us not deceive ourselves – an elastoplast will not cure a fractured working class Protestant community.

The CSI report ought to recommend putting a Marshall plan in place to sort out north and west Belfast for once and for all.

A senior Ulster Unionist who didn’t want to be named is very dismissive of the Unionist Forum – “the Forum is a lot of sectarian bunkum. All Prods together.”

The same source went on to say “What Robinson is doing is dangerous – raising expectations he can’t deliver.”