You are at:Home»News & Current Affairs»Opinion»Internet – The sword of legislation is ostensibly wrong
Social share:

In the face of this ugliness law enforcers have been fighting back. But arrests and prosecutions have been uncertain and inconsistent. And the law does not deal well with uncertainty; so policy makers have sought to bring a degree of legal clarity to the online world of social media. 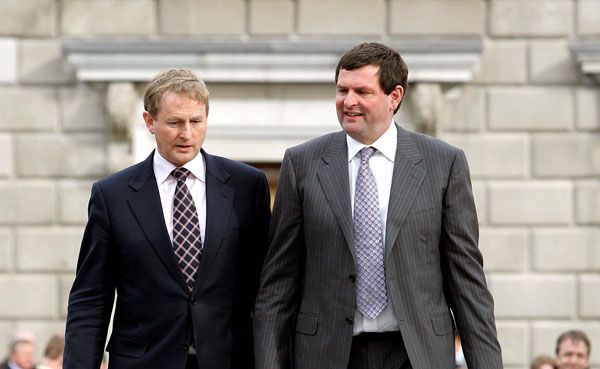 The Director of Public Prosecutions, Keir Starmer QC has recently produced interim guidance for England and Wales on when social media media wrongdoers should be prosecuted. The legal and law enforcement community largely welcomed the developments but undoubtedly the law has been caught sleeping.

Over here in Northern Ireland we’re pretty much in the dark. However the Republic of Ireland has taken the first steps towards bringing legal certainty to the borderless universe of new media.

We found out on December 27 that an Oireachtas Committee led by Fine Gael TD Tom Hayes will investigate by means of public consultation and public and private hearing social media abuses. Where England and Wales sought prosecution guidelines Irish policymakers are going further and essentially asking: do we need legislation?

The Committee on Transport and Communication will report back in early to 2013 to Minister for communications Pat Rabbitte.

The decision to look into whether or not to legislate and censor social media communications falls against a dark back cloth: the recent suicide of Fine Gael TD Shane McEntree. His death has been attributed in part to a recent period of social media abuse which followed the recent budget announcement. So undoubtedly these are emotive times and there seems to be a sense that a wrong needs righted.

The fact that Tom Hayes seems to be leading with the sword of legislation is ostensibly wrong. Like any criminal process that starts with the defendant presumed innocent this policy formulating process needs to start with a presumption of non-legislation.

To legislate would be to chill a fundamental right to free speech and curtail the freedom of the individual. But more significantly any move by Irish lawmakers to censor online communications could leave the door open for legal action before the European Court of Human Rights on the basis of an article 10 ECHR encroachment which protects freedom of speech.

Further to that, Irish law enforcers and courts already have a rich menu of legal tools upon which they can police and prosecute social media wrongdoers who harass, libel, defame, slander and incite hatred against others.

With the passage of time should come an understanding for accepted norms of what is right and wrong. And for where people stray beyond the accepted line of what is acceptable there will always be legal redress. After all politicians in the 17th century were horrified by seditious pamphleteers and now such agitators are an indispensable aspect of the democratic process.

England and Wales seem to be finding their way: that unless abuse is sustained and threats are material the police and courts should maintain a high threshold before intervening. And so Ireland too will find it’s way.

The law is a living breathing thing; to date it has been asleep but to rush to legislation would be heavy handed and plainly wrong. Self-regulation, the passage of time and a robust attitude towards free speech is what is needed as we move forward.