You are at:Home»News & Current Affairs»Opinion»‘Everyone has questions to answer’
Social share:

As the debate on how the past progresses it is essential that all conflict actors are engaged in a process that charts a way forward.  How the current debate is framed is itself contested.  In advance of the publication of the De Silva report into the killing of Pat Finucane I argue that the spotlight is again on the British state to account for their role in sustaining and perpetuating 40 years of conflict.

Brian Rowan in his piece ‘Finucane – Trying to Unearth the Ugliest of Truths’ asks the questions “not just about what happened but why”.  In this contribution I will seek to share some observations while also arguing that it is simply the wrong starting point to juxtapose the actions of non-state actors alongside those of the state and its actors. 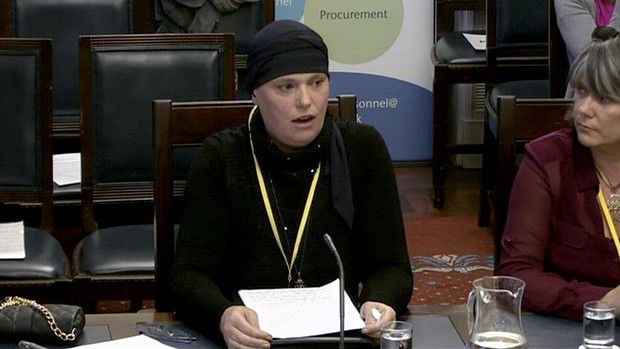 How the debate on the past is framed is itself a contested matter.  The reality remains however as expressed in the words of Guatemalan human rights lawyer Frank La Rue: “You cannot build the future of society if society is not willing to acknowledge the past.”

While Republicans and Loyalists have a moral responsibility to account for the ‘human bomb’ or the practices of the ‘Shankill Butchers’ there is a different threshold when it comes to the state in accounting for their actions.

It is the British state that has primary responsibility to uphold the right to life and to protect human rights in this jurisdiction – the real question is why the British state failed to protect the lives of so many who were either killed directly by the state or as in the case of Pat Finucane with the assistance of Loyalists who as Brian Rowan describes as “puppets in the plot”.

While I struggle to answer the ‘why’ question I am convinced that the actions of the state whether through torture in interrogation centres, the use of juryless, Diplock Courts, summary execution or emergency legislation contributed to the duration of the conflict and as an outcome indirectly contributed to conditions in which more lives were lost.

Broadly there were four phases to the conflict in the North of Ireland.  Phase 1, militarisation, from 1969 to 1974 – during this phase of the conflict, the British army was responsible for 90% of the 188 state killings. Phase 2, normalisation from 1975 to 1980 – is the period of when the number of state killings dropped dramatically to 54.  Phase 3, counter insurgency 1981-1994 again demonstrates that tactics and results changed again.  Phase 4 was the era of the peace process.

It is a matter of historical fact that the British state was involved in state criminality in the North of Ireland across each of the first three phases – a criminality that has left hundreds dead and thousands injured and imprisoned on extracted confessions.

The killing of Pat Finucane happened in Phase 3 at a time when the British state’s approach was to engage Loyalist groups in targeted killings. In this way they believed their role in Pat Finucane’s death would be concealed.

State interference in the Cory recommended Finucane inquiry, the introduction of the Inquiries Act, the formation of the PSNI Historical Enquiries Team, the lack of accountability of the Office of the Director of Public Prosecutions and generally in the Inquest System all signal that state accountability for past human rights violations will remain as elusive as ever.

The fact is that the British state equally uses the law to deny human rights and demands for truth continues to undermine confidence in the rule of law and its ability to address past violations.  The challenge before Sir Desmond De Silva is that he must identify what state actor “planted the seed” that led to the death of Pat Finucane – if not there is a real danger that confidence will again be undermined in the rule of law.

Over the last forty years the British state constructed their conflict frame to present the conflict in ‘a politically strategic way’.  Significantly the British approach was to ignore its own culpability and lack of independence in the conflict – which stands in contrast to the experience of so many (from within the Republican and Unionist communities) who lost loved ones directly and indirectly at the hands or instruction of the state.

It is perhaps therefore more than coincidence that the Eames-Bradley Report has been disregarded as it also highlighted that, “elements of the state, on occasions, acted outside the law.” (29 May 2008)

On recommending the Bloody Sunday Inquiry to the House of Commons in January 1998, British Prime Minister Tony Blair stated: “Bloody Sunday was different because, where the State’s own authorities are concerned, we must be as sure as we can of the truth, precisely because we do pride ourselves on our democracy and our respect for the law, and on the professionalism and dedication of our security forces… I believe that it is in the interests of everyone that the truth is established, and told.”

The reality is that the British state cannot honour that commitment into the countless other state killings.  The dismissal of a public inquiry into the death of Pat Finucane as agreed at the Weston Park negotiations is a clear act of bad faith.

This reluctance to honour their international human rights commitments speaks volumes about the British attitude to truth and justice.  That is the challenge before Sir Desmond da Silva – it is to shine the light into the dark recesses of the British state.  More generally there is an accountability gap when it comes to the British state accounting for their role as a combatant in the conflict here.

We now have a growing body of questions around the suspension of inquests on ‘national security grounds’ into state killings, the fundamental questions raised into the PSNI investigation into the killing of Gerard Lawlor, the question from the families in Enniskillen or indeed Anne Travers and the Finucane family.

All of which speaks to a deepening bitter debate and a moral and political imperative to design a genuine process that seeks to engage all actors in a process designed to address legacy issues. Such a process cannot involve nailing people to the wall but focus on corporate responsibility.

In conclusion this concealment of truth should concern all in this society who are committed to building a better future that is defined and shaped by confidence in the rule of law.  Indeed there are many unanswered questions from the past.  If however this society is to move on it is no longer an option for wider society to claim ignorance about the context, nature and consequences of past abuses.

The outcome of the de Silva investigation will set the tone as to how the next phase of the dealing with the past debate progresses.

Interpreting the words of Frank La Rue it is over to the British state to take the lead in acknowledging their contributions to past conflict horrors in the North of Ireland over the 40 years – perhaps then other actors may follow suit.