During the analogue TV era, many of us grew up dreaming of America thanks to imported drama.

Some dreamt of the Western plains and the cattle ranches of ‘Bonanza’.

Others dreamt of the oil barons of Texas and the Southwest, thanks to ‘Dallas’ and ‘Dynasty’.

Some of us dreamt of the mean streets of Manhattan, Chicago or LA, thanks to a range of police or medical dramas.

But what were the high points of US TV drama during the analogue age? 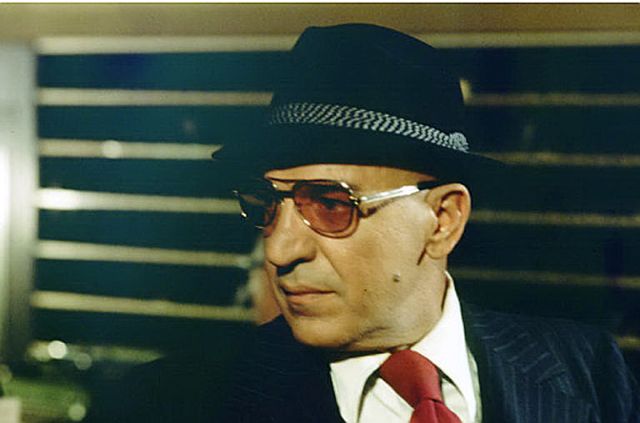 During the 1970s, David Soul and Paul Michael Glazer were two of US TV’s biggest stars, thanks to ‘Starsky and Hutch’.

But CBS’s ‘Kojak’, which aired on BBC1 on a Saturday night, always seemed to have more of an edge to it.

An attempt in 2005 to revive ‘Kojak’ with Ving Rhames in the lead role failed to match the magic of the original and failed to last beyond one season. 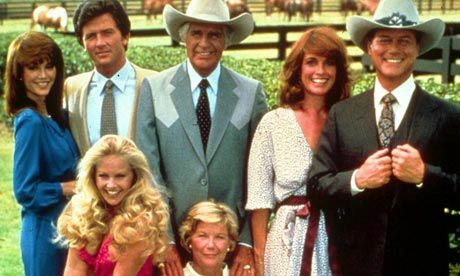 You could not grow up in the 1980s and avoid this shameless Reagan era prime time soap opera about greedy oil barons.

Sure, the writing was about as subtle as a breeze block but the show got by on account of Hagman’s magnetism – the twinkle in his eye as JR cooked up another crooked scheme to stab his do gooding brother Bobby (Patrick Duffy) in the back or undermine his great rival, Cliff Barnes (Ken Kercheval).

Victoria Principal as Bobby’s glamorous wife, Pamela, Charlene Tilton as JR’s promiscuous niece, Lucy and Linda Gray as his cuckolded alcoholic wife, Sue Ellen were also integral to the show’s success on BBC1 and RTE1, but there is no doubt Terry Wogan’s rather sarcastic dissection of each episode on his Radio 2 breakfast show helped fuel its popularity in the UK.

Its high point was undoubtedly the shooting of JR and the subsequent whodunit episode in 1980 (a major story for the BBC Nine O’Clock News).

But the show also gave us one of the most maligned and outrageous plots in TV history when Bobby Ewing’s death and disappearance for a whole series was written off as Pamela’s dream at the start of Season 10.

TNT’s recent revival of ‘Dallas’ with an ageing JR, Bobby, Cliff Barnes and Sue Ellen, currently being broadcast on Channel Five, has failed to match the original’s brassy charm. 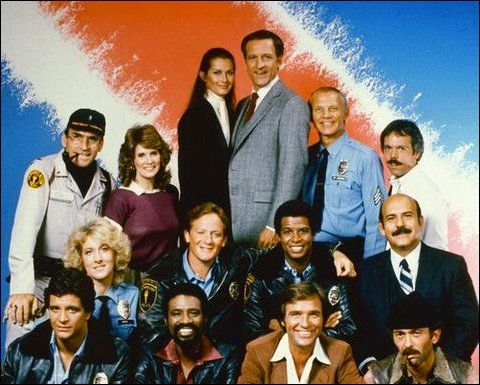 Created by Steven Bochco and Michael Kozoll, the show’s multi stranded story-lines, mixing gritty drama with moments of black humour, earned it a host of Emmy awards and set the mould for future TV dramas.

It also had an innovative pre-credits roll call sequence where first, Sergeant Phil Esterhaus (Michael Conrad) and later, Sergeant Stan Joblonski (Robert Prosky) set the tone for each episode before the programme launched into the sound of sirens and Mike Post’s memorable rippling piano theme tune.

‘Hill Street Blues’ shone an uncompromising light on the poverty and social problems that blighted inner cities during Ronald Reagan’s tenure in the White House, urban gang culture and the politics and corruption scandals that dogged many police forces.

But it also fleshed out its characters by showing their personal lives, their vulnerabilities and their flaws.

The show, which was broadcast initially on UTV and then Channel 4, certainly did not pull any punches and recent reruns have demonstrated why it remains a darling of the TV critics.

The quality of the scriptwriting was of such a high standard that it included work by Bob Woodward and David Mamet. 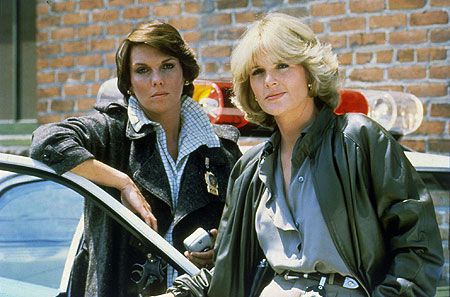 Like all great cop shows, ‘Cagney and Lacey’ had a great opening sequence with a catchy theme tune – Bill Conti’s sassy saxophone score – and dynamic lead actors surrounded by an ensemble cast on top of their game.

But what is also remarkable is that the series survived being axed twice by CBS – changing one of the lead actors and by mobilising its loyal fan base,

Tyne Daly was hassled mother of two, Detective Mary Beth Lacey while her partner, the more privileged and smooth Detective Christine Cagney was initially played by Meg Foster before Sharon Gless took over the role and made it her own.

As a double act, Daly and Gless gelled perfectly but there were strong supporting performances too from Martin Kove as the vain Detective Victor Isbecki, Carl Lumbly as the kind Detective Marcus Petrie, Sidney Klute as Detective Paul la Guardia and Al Waxman as the tough but fair, Lieutenant Bert Samuels.

But who could forget the touching performances from John Karlen as Mary Beth’s often stressed out construction worker husband Harvey or Dick O’Neill as Christine’s alcoholic retired cop father, Charlie?

The show, which aired on BBC1, was at its best when it depicted the personal pressures on its heroines away from the workplace but it also had a quintessentially New York brand of humour.

Daly and Gless netted Emmys for their work on the series and after its cancellation in 1988 they resurrected the characters for four TV movies between 1994 and 1996. 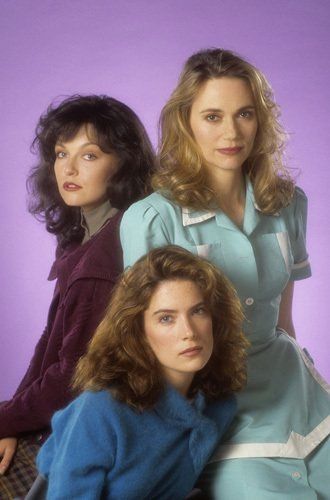 Looking back on it now, it all seems like a dream. Did ABC really allow one of American cinema’s most surreal filmmakers, David Lynch loose on prime time television?

Amazingly, the answer is yes and, along with Mark Frost, he came up with a typically quirky and sinister cult whodunit set in a rural town in Washington state, where seemingly innocent characters harboured dark secrets and double lives.

Like Lynch’s classic movie ‘Blue Velvet’, the series stripped away the pretty veneer of small town America to reveal a grotesque subculture and accomplished this with an awful lot of panache and plenty of oddball humour.

However, there were terrific supporting turns too from, among others, Ray Wise as Laura’s father Leland, Sherilyn Fenn as Audrey Horne, Michael Ontkean as Sheriff Harry S Truman and Lara Flynn Boyle as Donna Hayward.

Broadcast on BBC2 in the UK, ‘Twin Peaks’ had a great theme tune from Lynch, Angelo Badalamenti and Julee Cruise, a terrifying character called Bob and a lady with a log, but it was axed after two seasons after struggling to find a mainstream audience.

It remains a cult classic despite David Lynch’s return to ‘Twin Peaks’ with a messy spin-off movie, which served as a prologue and an epilogue to the TV series. 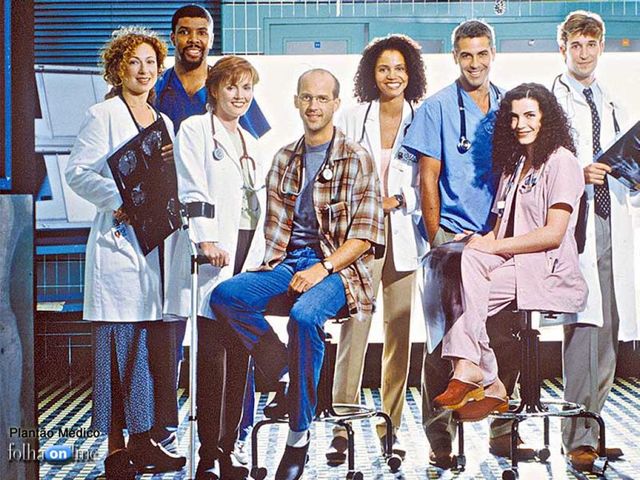 During the 1980s, the Boston series ‘St Elsewhere’ successfully took the multi-stranded storyline formula of ‘Hill Street Blues’, applied it to a medical drama and helped launched the big screen careers of Denzel Washington and David Morse along the way.

During the 1990s, ‘E.R.’ did something similar for NBC with acclaimed popular novelist Michael Crichton and Steven Spielberg’s production company Amblin Entertainment onboard. The series helped launched the big and small screen careers of George Clooney, Julia Margulies and Noah Wyle.

Set in a Chicago accident and emergency ward, the show was tightly plotted, thrillingly paced, stylishly directed and impressively acted, switching between the mania of the Emergency Room and the struggles of its main characters outside of it. 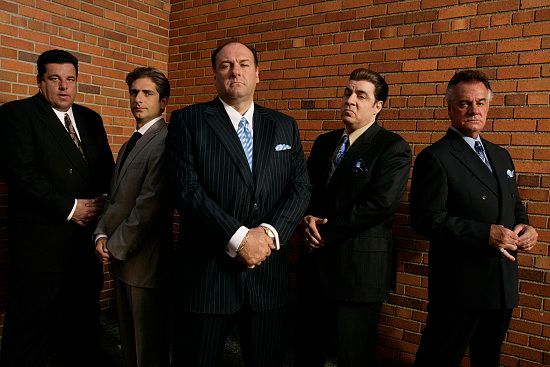 Broadcast on Channel 4 in the UK and RTE2 in Ireland, David Chase’s Mafia epic matched Martin Scorsese’s Mob movies for its intensity and like ‘Good Fellas’ was daringly built around an anti-hero.

James Gandolfini’s Tony Soprano is a thrilling bundle of contradictions. At times, he can be a monster – a brutal, cold, calculating murderer and philanderer – but occasionally, he is a charming, doting father.

Sometimes he is vulnerable – hen pecked by his mother and deadbeat sister, emotionally raw when he is pouring out his heart to Lorraine Bracco’s psychiatrist, Dr Jennifer Melfi and paranoid in a world of gangsters and FBI informants.

Brilliantly written, stylishly directed and intelligently acted, the series had a great soundtrack and credits sequence, including Alabama 3’s pounding track ‘Woke Up This Morning’.

It was unflinching in its depiction of violence and sex in a way that no American drama series (apart from HBO’s grim prison drama ‘Oz’) had been before.

The ‘Pine Barrens’ episode is a masterpiece in black comedy and the stunning climax to the series, with Tony sitting in a diner with his wife and son with its opening ending, remains a typically daring piece of TV drama. 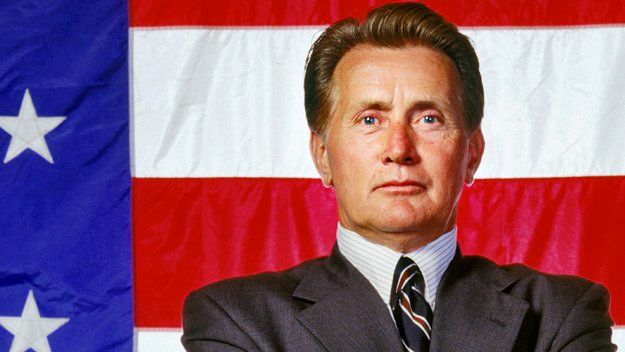 As the cable networks began to assert themselves in US TV drama, one mainstream network series stood tall.

Aaron Sorkin’s political drama ‘The West Wing’ for NBC thrillingly brought viewers into the corridors of the White House and Capitol Hill, with its soaring theme tune, informed writing and its smart walking, talking ensemble cast.

During the George W Bush years, Martin Sheen’s President Josiah Bartlet may have been a bit of a weekly comfort blanket for disillusioned Democrats but like all great US dramas, the show boasted strong performances from John Spencer as Leo McGarry, Bradley Whitford as his deputy Josh Lyman, Richard Schiff as communications director Toby Ziegler, Allison Janney as press secretary CJ Clegg and, for four seasons, Rob Lowe as deputy communications director Sam Seaborn.

Broadcast on Channel 4 and RTE1, Sorkin’s drama drew on the experiences of real life Washington operators like Peggy Noonan, Dee Dee Myers and Lawrence O’Donnell and was a commercial and critical success.

It brought issues as diverse as anthrax attacks, multiple sclerosis, attitudes to gays, lesbians and bisexuals, peak oil, federal funding for he arts, AIDS in Sub-Saharan Africa and even the Northern Ireland peace process into American living rooms.

One cannot help feeling, though, that the liberal idealism that fuelled the programme ultimately led to the network missing a trick.

After a series ending election face-off between Jimmy Smits’ Congressman Matt Santos and Alan Alda’s California Senator Arnold Vinick, it would have been really interesting to see what the writers would have done had it resulted in a Republican administration. 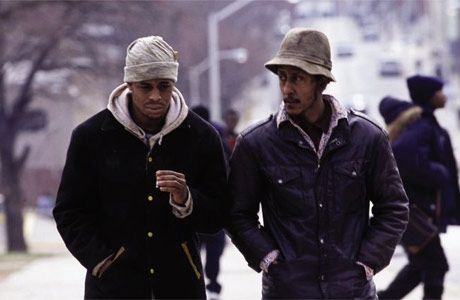 But in another game changing moment for US TV drama, he took the formula developed by ‘Hill Street Blues’ a stage further with complex multi-stranded story-lines focussing not just on a team of Baltimore cops but the drug dealers they pursued and later weaved in other characters from other professions.

Each season of the HBO drama focussed on a different aspect of corruption in Baltimore – the drug war in the projects, the sea ports, the state government, the education system and the decline of newspaper journalism.

Some people have compared Simon’s masterpiece to Charles Dickens and those who caught it late night on BBC2, TG4 or on a DVD box set would probably agree they aren’t too far off the mark. 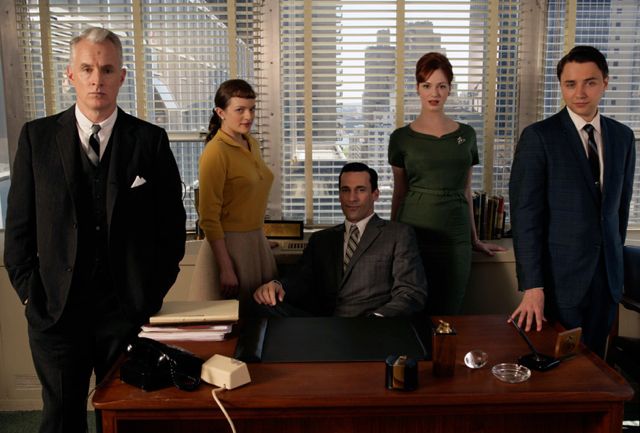 HBO hasn’t been the only US cable network to produce quality drama, with FX producing the gritty police series ‘The Shield’, Showtime producing ‘Homeland’ and AMC coming up with ‘Breaking Bad’.

Transporting audiences back into an era undergoing massive societal change, the show shines a harsh spotlight on its characters’ marital infidelities, drinking, smoking and sexual politics.

Boasting a stunning titles sequence, John Hamm has deservedly earned critical plaudits and awards as Draper, the advertising executive with a shadowy past.

In a golden age of challenging US TV drama, ‘Mad Men’ is simply unmissable.