In an article on this site a few days ago (Obama will win. He doesn’t deserve to.) I concluded: ‘Anyway, it looks like Obama will win, albeit unconvincingly and for most of the wrong reasons. That said, I wish him well: the world needs a strong, decisive President in the White House. Maybe, in his second term, Obama will realise that’.

Well, it was a slim victory, but a victory is a victory and Obama remains the world’s most influential political leader. The question is this: what does he do in the next four years? His victory speech was a brilliant piece of oratory, a tidal wave of passion, enthusiasm and vision: a fleeting reminder of the practically unknown young Democrat who spellbound the Democratic Convention in 2004. 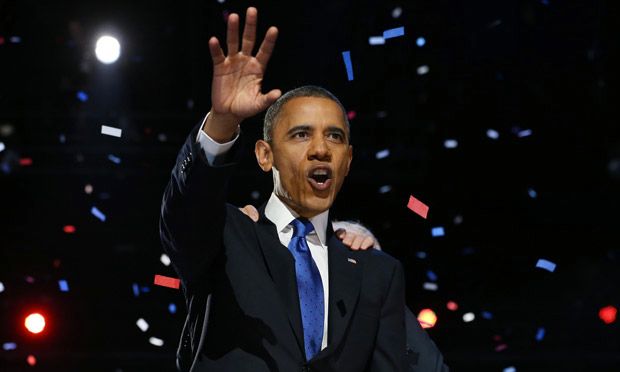 Yet all the way through that speech in the early hours of Wednesday morning I couldn’t help reflecting that Obama had been incapable of converting the poetry into hardnosed political decisions between 2009 and 2012. Will he have the same problem after re-election?

That depends on his willingness to abandon his natural caution and concentrate on building a solid legacy. I don’t underestimate the courage it took to push through Obamacare (and the struggle clearly wore him down), but he needs to devote some time to actually explaining the full benefits of the scheme and then push to expand it.

He spent so much time dithering and watering down the original proposals that he allowed his opponents (some of them in his own party, by the way) to paint an almost entirely negative picture of it.

For the next two years (and probably longer) he will have to deal with a Republican majority in the House of Representatives. But that doesn’t need to be as big a problem as it has been. He won’t face re-election and he is in a stronger position to face down that majority.

And it needs to be remembered that if the Republicans want a chance of retaking the White House in four years they will probably have to be seen as more centrist than they have been. Blocking the President may be fun, but it won’t, necessarily, attract the sort of ‘soft’ Democratic votes they need in 2016.

He needs to open direct lines of communication–along with a few tactical back channels–with key Republicans in the Senate, Congress and individual States. It’s a pact which can benefit both Obama and the more liberal wing of Republicanism; a wing which recognises that the party most move to the centre if it is to recover.

One thing is certain, gridlock doesn’t help either party and it makes it extraordinarily difficult to make the clear cut decisions required to tackle deficits, social change, world policing and increasing competition from younger, fitter economies.

Meanwhile, the Republicans have a problem. Romney generally performed better than candidates in State elections. Indeed, it’s hard to avoid the conclusion that it was the perceived ‘redneck’ wing of his party which may have cost him the presidency. Obama lost a few million votes, but not enough of those voters were willing to transfer to Romney.

And they are not going to transfer to a party which seems determined to portray itself in such an unflattering light. It gave lots of reasons for not voting Obama, yet not enough for voting for Romney instead.

The other problem for the Republican high command is that even though they shifted to the right to accommodate their evangelical wing, it seems that they didn’t succeed in maximising and delivering those votes. So they lost at both ends: not fervent enough for their hardliners, but too bellicose for their moderates.

They will find it very difficult to return to the White House unless they can square that electoral circle. Becoming increasingly insular, while trying to convince themselves that the ‘broad church’ approach is a credible strategy, will see them continue to fracture and bicker.

The Democrats know the difference between a coalition of mutual interests and a ‘broad church’ which seeks to accommodate competing and contradictory gospels, congregations, choirs and ministers. They have recognised that life, along with social and moral attitudes, is changing: and that change isn’t always a bad, dangerous or heading-straight-to-hell bad thing.

They have tapped into the shifting demographic patterns, too, realising that younger voters, from diverse and growing communities (sexual, social and political) want candidates who reflect their lifestyles and expectations. 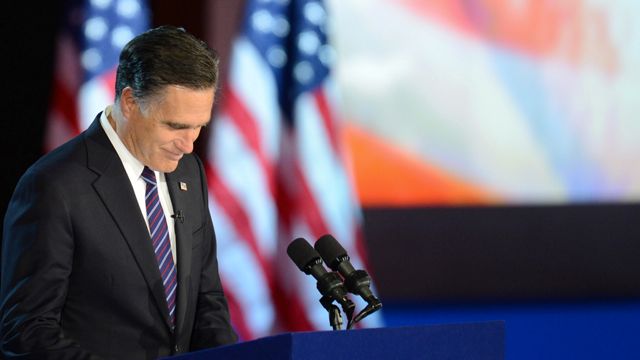 Meshing all of that into a coherent platform—as well as trying to placate the spouting mouthpieces of the Tea Party—is proving increasingly difficult and will probably get more difficult as the factions fight each other for control.

The simple fact of the matter is that America is changing. Tuesday’s Presidential showdown was between a white Mormon and an African-American. Obama supports gay marriage. Colorado and Washington voted to legalise the recreational use of marijuana. Maine and Maryland backed same-sex marriage.

A tweeter very neatly summed it up: “In the state Mitt Romney governed, it’s now legal to smoke marijuana at your same-sex wedding”. Which may explain why Romney and his running mate Ryan both lost their home states.

Republicans will seek comfort in the fact that they ran Obama so close. Close—but no cigar. If they couldn’t topple a black, liberal, pro-life, pro-gay President presiding over the worst economic downturn in living memory, then how are they going to fare in a less opportune climate for them? Elections are and always will be about the shifting sands of demography.

So yes, Republicans can whinge about the ‘sort of people who come out for Obama’, or they can seek to persuade them to their side. That will mean shifting from fixed positions (positions which sometimes seem to have been fixed before the Civil War started!) and embracing new realities.

The Republican Party is not going to disappear if it chooses to continue to placate its increasingly strident right wing at the expense of its more liberal wing. It will still have huge reservoirs of support in places like Texas, Oklahoma, Kansas, Alabama, Idaho, Montana etc and will still be a considerable presence in Congress.

But Republicans may find it hard to win the glittering prize that is the White House if the Democrats continue building their coalition/s of mutual interests, while they, instead, circle the wagons around a belief that isn’t even worth defending anymore.

One of the reasons Romney did much better than people expected was that he managed—pretty successfully, actually—to distance himself from some of the more extremist views of his republican base: albeit not far enough. As Erica Grieder, senior editor of Texas Monthly noted on Tuesday evening; “Romney is, to be fair, outperforming the GOP senate candidates. Tonight is a rebuke to the far right more than anything else”.

I haven’t made much of a secret of my lack of enthusiasm for Obama. He could have been defeated if the Republicans hadn’t lumbered Romney with such a stolid, inflexible platform. My concern is that the Republicans will learn the wrong lesson from this: namely, that the platform wasn’t stolid and inflexible enough to attract the hardest of their hard core. 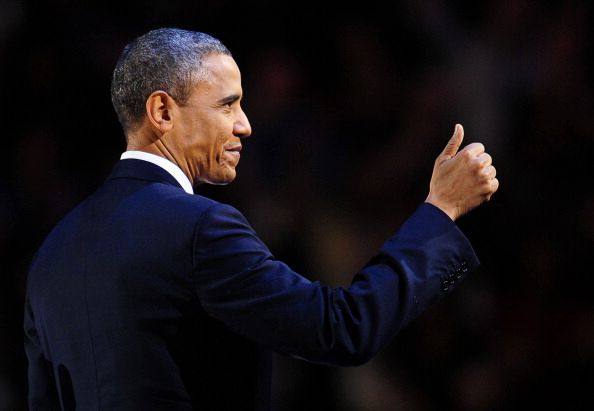 The problem the party faces was brilliantly encapsulated by Ross Douthat in Wednesday’s New York Times:

But the lesson of the election is that the Obama coalition was truly vulnerable only to a Republican Party that took Obama seriously as an opponent – that understood how his majority had been built, why voters had joined it and why the conservative majority of the Reagan and Bush eras had unraveled.

Such understanding eluded the Republicans this year. In part, that failure can be blamed on their standard-bearer, Mitt Romney, who mostly ran as a kind of vanilla Republican instead of showing the imagination necessary to reinvent his party for a new era.

Romney’s final month of campaigning was nearly flawless, though. His debate performances were the best by any Republican since Reagan and he will go down in history as one of the few losing challengers to claim a late lead in the polls.

A weak nominee in many ways, he was ultimately defeated less by his own limitations as a leader, and more by the fact that his party didn’t particularly want to be reinvented, preferring to believe that the rhetoric and positioning of 1980 and 1984 could win again in the America of 2012.

The era of Reagan Republicanism is over. The sooner his party realizes that and reinvents itself for the America that exists now and continues to evolve, the sooner it will be back in the White House.

Any furthering drifting to the right will simply alienate a core section of its traditional base—pushing them towards the Democrats or away from voting altogether.

Social share:
Alex.Kane America Democrats Obama republican Republicans Romney Ross Douthat
Previous ArticleObama will win. He doesn’t deserve to
Next Article As Enniskillen Remembers – Brian Rowan reports on the past in the here and now