You are at:Home»News & Current Affairs»Obama will win. He doesn’t deserve to
Social share:

The most damning failure of Barack Obama’s first four years in the Oval Office is that he remains as divisive a figure today as he was back in 2008.

For a man who built his original presidential bid on hope, bridge-building and ‘the bringing together of the peoples and races of America,’ he must surely be disappointed that the country seems more polarised than ever and that millions who once supported him now seem to feel betrayed and abandoned.

It’s all a far cry from that moment on February 10, 2007, when he announced his candidacy in front of the Old State Capitol building in Springfield, Illinois: the very place where, in 1858, Abraham Lincoln had delivered his ‘A house divided against itself cannot stand’ speech. 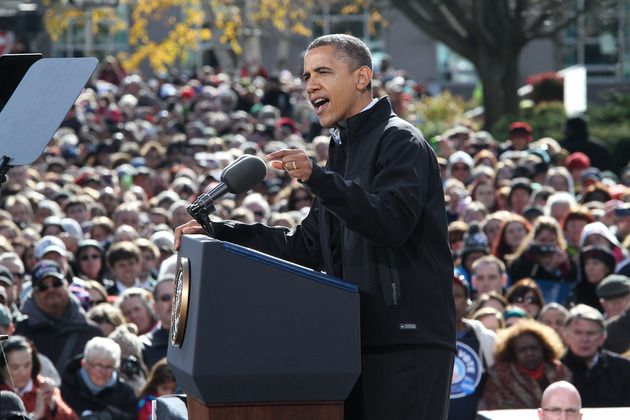 It’s also instructive that, against the background of an economic downturn and high unemployment—when there should be evidence of a swing against bankers and the champions of red-in-tooth-and-claw capitalism—he has been running neck and neck with a billionaire businessman who is known to favour lay-offs and the pursuit of cheap labour and cheaper costs.

Back in 2008 (indeed as far back as 2004, when he wowed the Democratic Convention with a primetime speech backing John Kerry) Obama was the performer, the entertainer. He was the new kid on the electoral block at a time when American Idol was dominating the ratings and proving that anyone, from anywhere, providing they had the talent, could storm to the top if they had the popular vote behind them.

He was the walking, talking embodiment of Weldon Irvine’s 1970 anthem ‘To Be Young, Gifted and Black’:

During that 2004 Convention speech I was reminded of Sidney Poitier in the wonderful 1967 film ‘Guess Who’s Coming to Dinner’—a brave, ground-breaking film made at a time when a story about an inter-racial love affair would be enough to have the film banned (albeit unofficially) across huge swathes of America.

‘You don’t own me! You can’t tell me when or where I’m out of line, or try to get me to live my life according to your rules. You don’t even know what I am, Dad, you don’t know who I am. You don’t know how I feel, what I think. And if I tried to explain it the rest of your life you will never understand.

You are 30 years older than I am. You and your whole lousy generation believes the way it was for you is the way it’s got to be. And not until your whole generation has lain down and died will the dead weight of you be off our backs!

You understand, you’ve got to get off my back! Dad… Dad, you’re my father. I’m your son. I love you. I always have and I always will. But you think of yourself as a colored man. I think of myself as a man. Now, I’ve got a decision to make. And I’ve got to make it alone, and I gotta make it in a hurry’.

And Obama did make his decision and make it in a hurry: because a mere four years after the Convention speech he was President of the United States: the fifth youngest and the first African-American. It was a convincing 7% win, too, on a turnout of 62%: up 6% on the 2004 election and 12% on 2000.

He was helped by the fact that John McCain was a warrior and hero at a time when millions of young, new voters didn’t want reminders of the past. It did him no harm, either, that Sarah Palin sounded, at times, like she was just one raisin short of being a complete fruitcake.

Obama arrived at the Oval Office with a convincing victory behind him, millions of young voters willing him to succeed and a world-wide audience who saw him as a brightly shining beacon of hope in a very dark world.

His job, in one sense, was relatively simple (not unlike the sort of challenges that Ronald Reagan faced when he became President in January 1981): bind the nation, rather than divide it and be seen to rise above the smash and soundbite of everyday confrontational politics.

His greatest gift—the platform upon which it was believed he would ‘build the change and harness the hope—was, supposedly, his oratory. Yet within months of taking office it became clear that, just like the American Idol winners, he seemed to be limited to the same song constantly sung in the same wearisome style.

Worse, he seemed genuinely incapable of making tough decisions quickly, opting, instead, for a constant watering down of proposals which persuaded his opponents that he was weak while convincing his supporters that he was a plain, old fashioned cog in the Washington machine.

I have said many times that he reminds me most of President Jimmy Carter: a decent man, but a congenital ditherer. A man with the unerring ability to sideline and leave behind the very people who propelled him to office in the first place, while singularly failing to win over people from the other camp. The worst of all positions to be in during a bid for a second term.

It’s worth remembering that the Democrat’s high command were practically praying for Romney to win the Republican nomination; believing that his combination of quirky religion, reliance on rednecks, billionaire business chums and wooden delivery would leave him easy pickings for Obama.

Yet here we are, a couple of days from the big showdown and the race is still being described as incredibly tight or too close to call. That’s what worries the Obama camp. Their man should be cruising to victory at this point and yet he seems to be struggling. He didn’t wipe the floor with Romney during the debates. Romney has weathered just about everything that’s been thrown at him.

Most observers agree that Romney has had a better campaign than Obama. What it boils down to is this one simple fact: for most of this campaign Romney has looked and sounded Presidential. More important, he has made sure that Obama was never able to pounce on any policy, position or press release and use it to scare people into going to the polls just to vote against him. 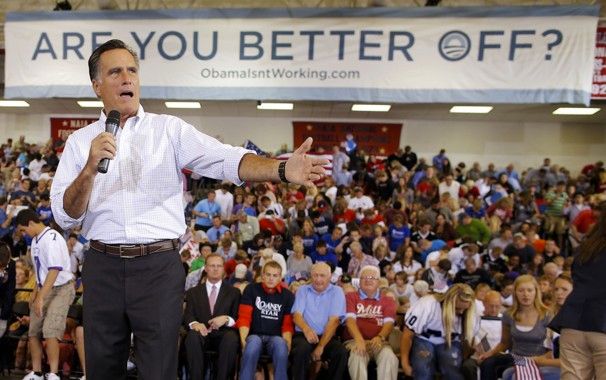 Actually, I think the experts will look back on Romney’s campaign and conclude that it’s one of the best ever campaigns—certainly up there with JFK in 1960.

Will he win? Can he win? The very fact that those questions are still being asked at this stage—and asked of both candidates—is a measure of Romney’s success and Obama’s failure to stake out credible positions.

The odds still favour Obama and I would be surprised if he didn’t win.

Yet it’s what he does with that second victory which will determine how history remembers him. Since he can’t seek re-election in 2016 there will be no need for the same caution (much of it unnecessary) which he has demonstrated since January 2009.

He may well be lumbered with an unfriendly Congress and Senate, so he must decide if he is prepared to face them down, or be rolled over and trapped in the gridlock until his second term peters out. There was certainly nothing in his stump speeches or policy agendas to suggest that he has any big ideas or coherent vision for the next four years.

In other words, I fear he would be a President in name only.

If I had a vote I would vote for Romney. Oh yes, there are many aspects of his platform which worry me, yet I sense that he would be willing enough and strong enough to stand up to the more libertarian and hillbilly wings of his support base.

Look at Reagan, who took no nonsense from those factions he believed were damaging his party’s electoral fortunes—thereby ensuring that his eight years were followed by success for his vice-President, George W. Bush.

I also think he would be a much more effective person for dealing with the ongoing financial crisis; since it has always struck me that Obama has no grasp of, nor grip over economics.

Anyway, it looks like Obama will win, albeit unconvincingly and for most of the wrong reasons. That said, I wish him well: the world needs a strong, decisive President in the White House. Maybe, in his second term, Obama will realise that.

Social share:
America Barack Obama Mitt Romney President
Previous ArticleDealing With The Past: bringing a sense of ‘naive realism’ to the debate – by Dr. Jonny Byrne
Next Article Romney’s party must stop drifting towards lunatic fringes