You are at:Home»News & Current Affairs»FINUCANE – Trying to Unearth the Ugliest of Truths
Social share:

Asking the State who wanted Pat Finucane dead is like asking the IRA who ordered the ‘human bombs’, or loyalists to explain the vile practices of the Shankill Butchers.

These things reach down into those deepest of hiding places where the ugliest of war truths are buried.

The questions are not just about what happened, but why.

They could be asked about many other circumstances and happenings in a decades-long conflict; about the bodies that were ‘Disappeared’ or the policy and the deadly plays relating to agents, whether inside the loyalist organisations or the IRA.

In that undergrowth that is the ‘dirty war’, there is information and secrets that will never be revealed. 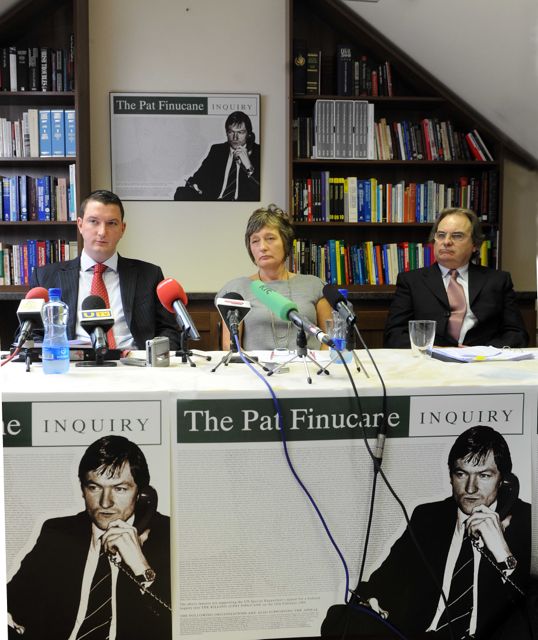 So, there will always be missing pieces, unanswered questions, and that means the whole story of Pat Finucane’s murder is not about to be revealed.

This is not meant in any way as a criticism of Sir Desmond de Silva, whose review is to be published on December 12, but rather a statement of the obvious.

No matter who is asking, there are questions that will never be answered, and that applies across all the sides to this conflict.

Those ugliest of secrets will not have been committed to writing, and there will be no paper trail leading to the whole truth of the Finucane killing.

The loyalists who shot the Belfast solicitor 12 times in front of his family at his home in 1989 were the puppets in this plot.

The biggest question is who planted the seed?

To where in the places of politics and intelligence does that question lead?

Will there be an answer in two weeks’ time?

The Finucane family is certainly not expecting such revelations.

In the past couple of days, Seamus Finucane – a republican and brother of the murdered lawyer – set out his thinking within the confines of twitter’s character count.

“Brits set Dec 12th for next battle to conceal truth and high level involvement in Pat’s murder,” he wrote.

In an earlier tweet he accused the British Government of “whitewash” and of “setting the context for major dupe”.

The family’s demand has always been for an independent public inquiry, and they believe the Government’s intention is to ensure that the “truth never sees the light of day”.

This was a murder plot in which many State agents were involved, and yet the killing was not prevented.

That question will always be there, and will still be there in two weeks’ time.

Some of the agents, including Brian Nelson and William Stobie – both now dead – have been publicly revealed.

Stobie was killed by loyalists to silence him.

Other agents in this killing game live seemingly untouchable lives – in senior ranks in the UDA organisation and with lifestyles far beyond any legitimate means of income.

They are a protected species, players and puppets in the filthiest of wars, so far shielded from any scrutiny.

There are so many questions about this killing about Special Branch briefings, political statements, about who knew what and when and why the gunmen still got through. 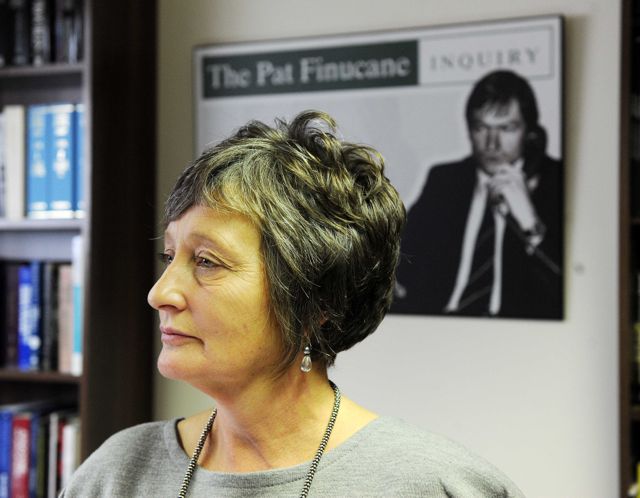 Who wanted Pat Finucane dead is and will always be the biggest question?

It is one of many questions from an unanswered past.

Just look at recent days, the questions about the bombs in Birmingham, the loyalist killing of Gerard Lawlor and the IRA murder of Mary Travers.

Others have questions for the Irish Government, and in all of this the past is not being answered.

It is being moved around and moved about in a play that hopes it goes away; goes away before the ugliest of truths are found.

Loyalist leader Billy Hutchinson wrote this week that “we need corporate responsibility, no focus on individuals”.

So, who will take corporate responsibility for the Finucane murder, and for the many other killings that are crying out for answers?

Who will design the process that will allow the governments – British and Irish – to answer along with the IRA and loyalist organisations?

It will be a long wait for any such process – and for the information that many people are trying to dig out of the different hiding places.