You are at:Home»News & Current Affairs»As Enniskillen Remembers – Brian Rowan reports on the past in the here and now
Social share:

The open wound that is our bloody past has been visible for all to see in recent days – seen in the hurting faces and heard in the voices of the people of Enniskillen.

For them the memory of that bomb 25 years ago is a constant – something that could have happened within the past 25 seconds or 25 minutes. 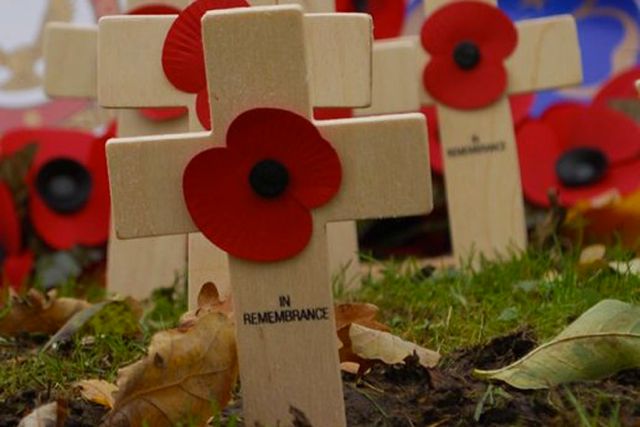 How could they ever forget that dark intrusion by the IRA on that solemn day of remembrance on November 8 1987?

For them it is not the past. It is the here and now – the present, every minute of every day.

Gordon Wilson lost his daughter in the no-warning explosion and in 1993, two years before his sudden death, met face-to-face with representatives of the IRA on a peace journey he described as “mission unaccomplished”.

He felt he had not been heard, but this week the former Methodist President Harold Good, who witnessed the IRA’s decommissioning, told me that his late friend had “a profound impact” on those he met – that his words had made “an important contribution to bringing us to where we now are”.

That information was shared with Rev Good at Gordon Wilson’s funeral in 1995 when he sat with a senior member of Sinn Fein, but Mr Wilson never knew.

Just months before his death, he told me: “I got nothing – not an inch in reverse, but my conscience was clear. I had tried.”

The emerging story as told by Harold Good on UTV suggests something different, and the challenge highlighted again this week is how to bring the scattered pages of the past into one book or story-telling process.

Loyalist Billy Hutchinson said: “We need to get back to dealing with the past… do it to bring about closure rather than doing it to nail people to the wall.”

Today, there is another development; another paper on the past published by the SDLP to coincide with its party conference.

It calls for a comprehensive process of truth, and says the test for Sinn Fein and the IRA is will they endorse such a process and “support robust mechanisms of accountability”.

The document reads: “There are vested and personal interests in State and terror groups who have little appetite for a comprehensive process of truth.”

It states that “London does not intend to lead the argument” for such a process – and that within the IRA, loyalist organisations, police, Army and Security Service there is resistance and attempts to “suppress the past”.

“Strikingly, few unionist representatives call for a comprehensive truth process,” it says, and the document calls on Dublin “to set as an imperative the task of addressing the past…developed with the full involvement of victims and survivors.”

It is yet another political document addressing the unfinished business of the peace process, but will a political approach or paper unlock the answers that are being sought?

The answer to that question is no.

This document will become another jigsaw piece in a picture that doesn’t connect.

There will always be missing pieces, always the resistance identified in the SDLP’s paper – resistance from all sides involved in a conflict that has too many ugly truths.

But, as a first step, how do we connect the pieces that are there – including the information shared this week by Rev Good as Enniskillen remembered its dead?

How are the pages of that story-telling brought together in a process and place where all can read and contribute?

In the short term this is maybe a more realisable goal – and it does not need governments or politicians to make it possible.