You are at:Home»News & Current Affairs»Opinion»You need the truth to find reconciliation – A personal experience by Conall McDevitt
Social share:

We are not all to blame for the troubles. That is the first message I want to send those like Sinn Fein Chairperson, Declan Kearney who are suggesting that we all, somehow, have to share responsibility for what happened. What we do all share is responsibility for promoting reconciliation and building a new Ireland.

The second message I would like to send all those who have been talking about reconciliation is that real reconciliation and truth are two sides of the same coin. You cannot get one without the other. Former IRA and Sinn Fein leaders seem to suggest that this is not so. That is a disingenuous approach which will do nothing to transform our island or heal the divisions of the past.

I make this point because like many people in this part of Ireland, my life experience and family history have been shaped by the failure, over the past century, to build a reconciled island at peace with itself. I have also been part of Spain’s transition, another country which has struggled to find reconciliation following the Franco era.

I was born in Dublin six months after Bloody Sunday. I say this because my early years were lived against the backdrop of the early years of the troubles and a constant sense of conflict, seen through the lenses of a family which was, and largely remains, republican and socialist. We never supported the provisional IRA campaign in the North but we never trusted the British government either.  That mistrust extended often to successive Irish governments’ approach to Northern Ireland.

When the recession of the early 1980s bit hard, my family was not unaffected. With my father’s business lost, we decided to start afresh in Spain and arrived there on Good Friday 1982. 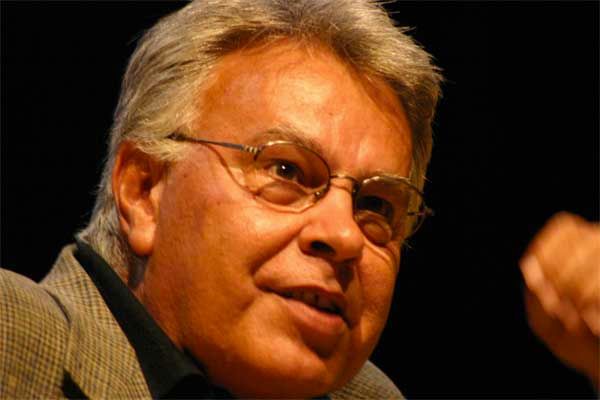 Felipe Gonzalez was elected Prime Minister of Spain on 28th October 1982. I remember well my dad pointing out the PSOE (Partido Socialista y Obrero Espanol) billboards that summer. The slogans were ‘socialismo es libertad’ – ‘socialism is freedom’ and ‘por el cambio’ – ‘for change’.  At last he would live under a socialist government; something which he would talk about incessantly and infectiously. It worked. I was hooked. That election turned me into a ten year old social democrat, something I remain today 30 years on.

The sense of hope was palpable. The new beginning was everywhere. Looking back at some of the media coverage from that time, the whole of Europe was celebrating the change and the new Spain. The architects of the transition which had given Spain a new constitution and democracy could rest in the knowledge of a job well done.

It takes a ten year old about a year to become fully fluent in another language. I know because I learnt this the hard way. For months I could only follow the maths class. But by September 83 things made sense and friendships began to form.

The father of one of my friends knew all too well the perilous cost of principled activism in Franco’s Spain. He had spent time in jail in the 60’s for ‘political activity’ and was a supporter of the Spanish Communist party which I am told recruited 200,000 people in the year after it was legalised in 1979. He was also angry. It took me several years to get to the bottom of his angst. His dad was disappeared during the civil war in Malaga. One of an estimated 4000 to have been killed and whose bodies were never returned. He welcomed the transition of course. He loved the opportunities Francisco and I would have in the new Spain but hated the price his family was paying. They were just one of hundreds of thousands of families being told to forget by the new state.

La ley de la amnestia 1977 (Amenesty Law) was described by a Basque nationalist deputy during the parliamentary debate as an amnesty ‘from everybody to everybody, a forgetting from everybody to everybody’. As Madeline Davis reminds us in her paper ‘Breaking the Pacto del Olvido’ the law was passed by an overwhelming majority in the Spanish Parliament and was seen as a means of pardoning, forgetting and reconciling in the new Spain.  It secured the release of all political prisoners and prevented the prosecution of Francoist repressors.

Throughout the eighties Francisco’s dad was a voice in the wilderness. But as the nineties dawned the family began to ask questions. Slowly the new generation which had been given such opportunity during the transition were looking for the truth about their loved ones. The collective amnesia was wearing off for some although the political establishment was still not ready to revisit the compromises made in 1977. Felipe Gonzalez built schools, hospitals and a welfare system. His government kick started an economy and put Spain at the heart of Europe. It was a great decade for the many and for the young.

The disgusting dirty war being perpetrated against Basque separatists was still a secret dirty war and the ‘Pacto del olvido’ held tight. 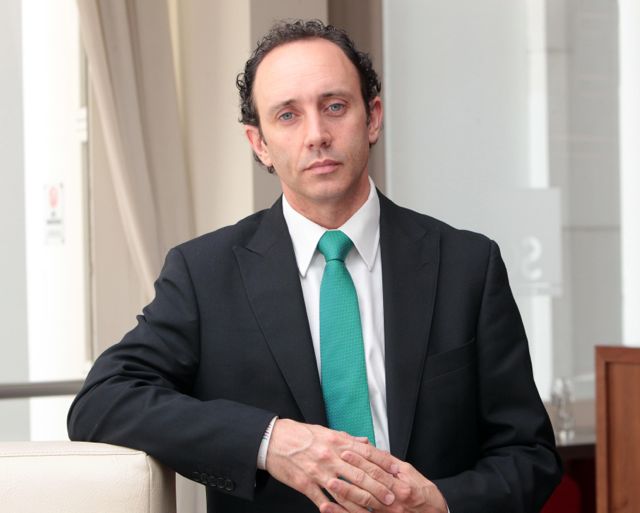 I returned to Ireland in 1990 and, as Vice-President of the European Community Organisation of Socialist Youth (ECOSY), I first met John Hume at a PSOE election rally in Barcelona alongside Felipe Gonzalez.  Hume received a rapturous reception. His message of peace, truth and reconciliation, delivered to Catalans in perfect French resonated with the new Spain and Barcelona basking in the afterglow of a very successful Olympic games the previous year.

Little did we know that within five years we here in Ireland would be facing our own transition and the possibility of a new beginning. In Spain, Francisco became a doctor, the first ever graduate in his family and testament to the opportunities afforded to our generation.

In the early noughties the families of the disappeared found their voice. It happened somewhat accidentally after a journalist, Emilio Silva, from Madrid, whose granddad had been disappeared organised the excavation of a mass grave at Priaranza del Bierzo in Leon. It captured the imagination and secured the support of some on the left in politics. Within a year ARMH (la Asociacion para la Recuperacion de la Memoria Historica) was established and so began a process which would ultimately challenge the Pacto del Olvido and some of the central compromises at the heart of the Spanish transition.

What happened in Spain is not that Spaniards forgot the past but that a political decision was made to build a narrative which sought to suppress or de-emphasises memories which could be seen as destabilising or threatening of consensus.  They promoted the idea of reconciliation but the meaning of reconciliation was seriously skewed by the residual power of the right wing.

Bluntly, the price of peaceful handover of power would be silence about the past.

Whether you think about the idea of forgetting and some in Ireland think a lot of the idea, the fact is the Spanish experience has been challenged on two levels which are worth reflecting on from our position here in this northern region of Europe.

Following a referral by the ARNH the United Nations Working Group on Enforced or Involuntary Disappearances found in Aug 2002 that the Spanish political and judicial authorities lacked an interest in the cases of 30,000 disappeared believed to lie in mass graves around Spain. This ‘perpetuates discrimination against that part of the population who were considered defeated as a result of the civil war and constitutes non-compliance with its obligation to investigate and to guarantee a right to the truth’. 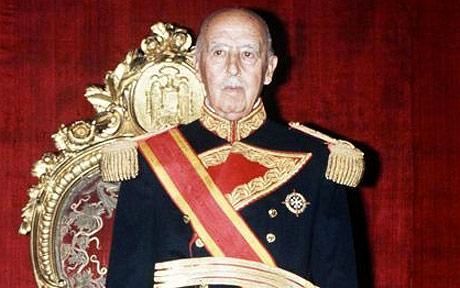 I’ll leave it to the scholars to debate the extent to which the Spanish experience marks a new trend in so called memory politics but as an SDLP MLA, an Andalucian and an Irishman whose life has been touched by the survivors of Francoist, IRA, Loyalist and State murder I am firmly of the view that forgetting is not an answer.

The majority of those whom the IRA killed were Catholic yet they are practically forgotten in our peace process. Like Francisco’s family they are being told to get with the new beginning, to cherish the opportunities peace will create for us all. They are asked to accept a consensus that denies them the right to truth.

The case of Anne Travers crystallises this in many people’s consciousness. Her quiet dignity as she campaigned against the appointment of Mary McArdle as a special adviser, when it was known that Ms McArdle was involved in the murder of Anne’s sister Mary, has been inspirational to many who believe that victims of our troubled past should not have further trauma revisited on them and their families.

She also represents that forgotten majority of Catholic victims of the IRA who, as much as any affected group in the North, are demanding and deserve the truth as a major step towards reconciliation.

and kiss Achilles hand, the killer of my son.’

Michael Longley’s poem ‘Ceasefire’ quoted the Iliad and sought to capture the complexity of peace.

Many argue that we have peace but reconciliation is of course a further state, one which Spain is still struggling to find and which we must work urgently to achieve knowing that truth and reconciliation and inextricably are linked and mutually dependant.

Conall McDevitt is the SDLP MLA for South Belfast. He is the SDLP's Party's Health spokesperson, sitting on the Health committee, and he is also a member of the Policing Board. Born in Dublin he spent his formative years in Malaga, Spain. He was Director of Communications for the SDLP in Northern Ireland from 1996 to 1999 a time that included the negotiations running up to the Good Friday Agreement, subsequent referendum and Assembly elections. He served as a Special Adviser in the first Power Sharing Executive in the North of Ireland, advising the Minister for Agriculture and Rural Development. He is a former Managing Director of Weber Shandwick and also a former Chairperson of the Chartered Institute of Public Relations.