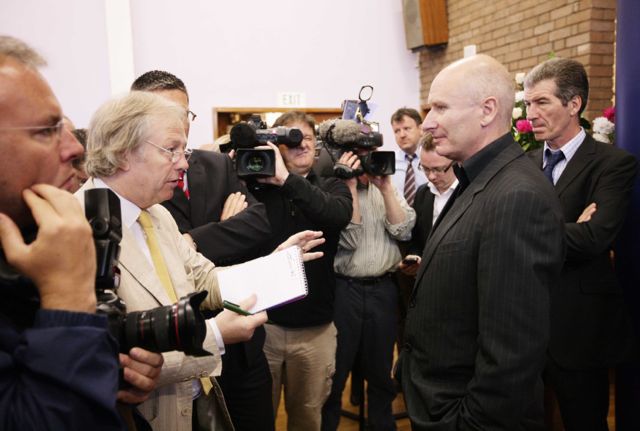 First of all, I would like to set the present day context in which we operate and how things have changed since the period 1994-1998 to which Brian Rowan refers.

As a Political Party we must accept that people are unhappy with the status quo. In the Unionist Community we increasingly find the rumblings of discontent; vast swathes of people who believe they have been neglected whilst their community has been made scapegoats for the wrongs of the past.

The recent summer stands as a testimony to how deep that chasm has become and is something that needs to be given attention by all Political Parties not just the PUP.

The frustration of the summer within working class Unionist communities came as close to boiling point as I have seen in many years.

That frustration is borne of a helplessness and a disenfranchisement from the process – a disconnect from the political class and a genuine belief that those reporting events do not give Loyalists a ‘fair crack of the whip’.

That belief is more acute today and however it is argued away, working class Unionist communities are saying they have had enough.

They wonder quite legitimately why historical enquiries, in all their out workings, seem to concentrate on the Unionist community when the same community was responsible for proportionately much less of the violence.

They wonder why the media three months on is still concentrating on music being played outside a place of worship when a few hours later an automatic weapon was discharged outside another one but with little lasting coverage.

They wonder why media reporting of republicans is done in a sensitive manner but loyalist organisations are bandied about so casually.

They wonder why flute bands who bring much to the local economy, who give young people, vulnerable to the lure of anti social behaviour, a positive route away from crime and who despite hundreds of peaceful parades by tens of thousands of members are vilified when one person, or one band, does something regrettable without any mention of the other 99% of their positive contributions.

The nuances of all of this aside, this is a genuine feeling within working class Unionist communities. It was not created by the PUP, nor were its flames stoked for that matter.

I am willing to take any responsibility I have and use any influence I can to address these issues. But I am not making them up and I cannot resolve them all.

The lustre of the peace process has long dulled in these communities and as much as the PUP would like to deal with the ‘big issues’ we can only move on when the most vulnerable, and the most disconnected are included.

The PUP can provide a real commitment to supporting the rights of working class unionists and other marginalised groups.

However if the PUP is to fulfil this role then the party must mobilise behind an agenda for social transformation.  The party can only effectively gain support from working class communities if it effectively shares this message for change.

As loyalism has left the conflict behind it must be ready to take up this new challenge.

I as leader of the PUP am committed to moving this society forward through politics. The Party will at all levels represent the people in the people’s interest – not in our own. The PUP have never been interested in carve ups, not interested in trade-offs nor buy-offs. 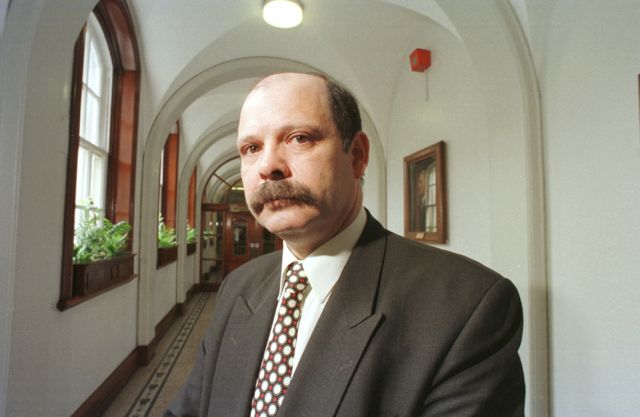 I will repeat again the words of my late colleague David Ervine “this Party will put Country before Party in the interest of our people”. As leader I do not intend straying from that position now or in the future.

The vision of the Progressive Unionist Party is the same today as it was in 1977, in 1994, and in 1998. I was part of creating that vision and as leader of course I want to get back to when I was once described as the “authentic voice” of Loyalism.

Let me be clear, I was not and never believed that I was the “authentic voice” it was the Progressive Unionist Party and it members that provided the “authentic voice” and will continue to do so if the people are again to put their faith in us as we attempt to push back the tide that is engulfing our tradition presently.

I told conference on Saturday, “Loyalism is opposed to organised crime and this Party calls on the PSNI to deal with criminality and this should be done without let or hindrance.”

Let me repeat myself “you cannot be a loyalist and a criminal” people should not use a flag or badge of Loyalism as a convenience. The PSNI should be supported in their efforts to tackle organised crime.

Loyalists are working to improve the quality of life for people living in disadvantaged neighbourhoods and reducing crime and anti-social behaviour is part of this.

We now have representatives on Policing and Community Safety Partnerships, supporting approaches that encourage the PSNI to work together with communities to tackle anti-social behaviour.

The Alternatives programme, developed by loyalists, is a leading and respected initiative diverting young people from crime through community-based interventions.  A community-based approach to tackling crime supports young people to realise better alternatives while addressing the issues that contribute to their offending behaviour.”

The Progressive Unionist Party truly understands the problems that exist and believe we are the Party that can truly address the issues.

There are a number of Social issues and policies that exist in the Assembly that must be challenged; we will do that as we believe that they are not in the interest of the most vulnerable in our society.

We must ensure that people get equality across all the issues and that people’s human rights are upheld. The PUP will strive to create a Good Society and doing that we believe will strengthen the Union.

All of this cannot be done by us alone. If we want to achieve a society that offers us a future without the remnants of the past then the Party need the help of civic society and that includes the media to build the society we all long for.

Irrespective of our past it is the future the people in the PUP want to build.

Billy Hutchinson is leader of the Progressive Unionist Party. He has been active in Loyalism since the early 1970s and was involved in securing the CLMC ceasefire in 1994. He stood as a North Belfast candidate in the 1996 Forum elections, was elected to Belfast City Council in 1997 and became a North Belfast MLA in 1998. He played a central role in the negotiations which led to the Good Friday Agreement.