You are at:Home»News & Current Affairs»Opinion»Whatever You Say, Say Nothing: Truth, Justice and the Boston Tapes
Social share:

(The following article was co-authored by Dr Cillian McGrattan)

The transfer of tapes from an oral history archive at Boston College to British authorities has inspired a range of sententious comment concerning the need to respect academic (and by implication, journalistic) integrity.

The tapes, which are recordings of interviews from republican and loyalist terrorists, were to be quarantined until the deaths of the individual respondents.

The aim of the project was to try to shed light on the motivations of some of those responsible for the almost four thousand deaths that were related to the Northern Irish conflict.

The lessons that could be learned from what brought belligerents to espouse peaceful negotiation lay at the heart of the project’s rationale. 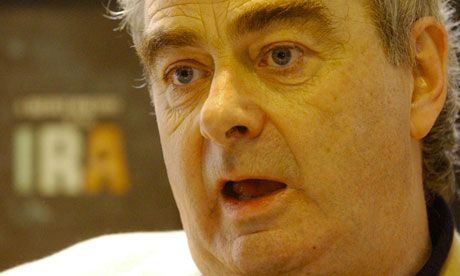 Two of the main researchers on the project, Dr Anthony McIntrye (a former republican prisoner and a political scientist) and Ed Moloney (a respected journalist who has written ground-breaking histories of Northern Ireland) have argued vociferously in print and before the United States judicial system that the tapes should remain sealed: their contents could endanger lives and potentially lead to the collapse of the Northern Irish peace process.

Other academics and political commentators have argued that academic integrity needs to be respected.

The decision to hand over the tapes will have a deleterious impact on academic research goes the argument: people will be less willing to talk to researchers and journalists about their experiences if confidentiality and anonymity cannot be guaranteed.

Following the Moloney line, the Guardian conjectured that the ultimate result of the decision could be to render hopes for truth recovery in Northern Ireland futile: factual knowledge about murders could be suppressed and the possibility of societal reconciliation would disappear in a haze of suspicion and renewed distrust – culminating in a revival of the state of affairs described in one Seamus Heaney poem as ‘Whatever you say, say nothing’.

Dr McIntyre is a serious and courageous researcher who has suffered for his dissection of the Adams-McGuinness leadership and its intimate relationship with the logics of doublethink.

However, it is not the PSNI nor the US courts that have damaged journalistic or academic research but the high-handed idea that somehow that research can easily be divorced from the messy realities of ethnic conflict. 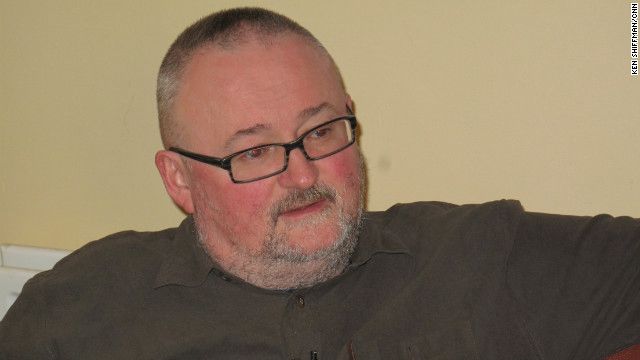 McIntyre has plausibly claimed that his former IRA comrades will consider his involvement as a breach of the organisation’s ‘code of silence’ – and he is surely correct to fear the lessons of recent history in that regard, despite the evidence of senior police officers to the contrary.

In this regard McIntyre too finds himself at the mercy of revisionists and those journalists and academics that refuse to draw a line between fact and fiction, who refuse to draw attention to the conceit of the inevitability of violence, and who refuse to distinguish between victim and perpetrator.

When the case first arose to prominence during the summer, Professor Eunan Ó Halpin, an historian at Trinity College Dublin, robustly defended the position of victims.

In cases of murder, torture, and disappearances, prosecuting perpetrators takes precedence over the particularities of academic research, he argued.

Indeed, it could be added, projects such as Boston College’s or a similar one, at Queen Mary’s University London, receiving almost £1millon from the EU, from which republicans have reportedly withdrawn consent are politically naïve and morally vacant – after all, as the novelist Glenn Patterson has pointed out, we have surely heard enough from the perpetrators of mass murder in Ireland.

In the words of Baroness Nuala O’Loan speaking on RTE’s Prime Time: ‘we’re building a new society in Northern Ireland. A society based on the rule of law. And international law says, we don’t have amnesties for gross violations of human rights. And abducting a mother and murdering her is a gross violation of human rights. So where material is gathered and where it is available it should be there for the investigator.’

But, what about if Ó Halpin’s position is carried through?

What might the Boston College tapes entail for Northern Ireland in general and Sinn Féin in particular? 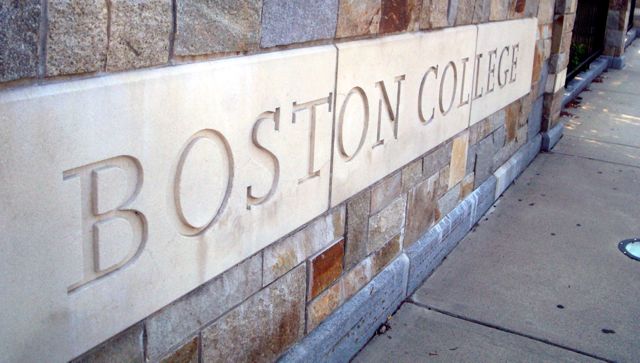 The Boston College tapes apparently implicate Gerry Adams in the disappearance of Jean McConville, a mother of ten, in 1972.

The best case scenario for Sinn Féin is that Moloney’s assertions are borne out and Adams is not mentioned in the tapes (although this has been disputed by Price).

Another scenario might be that even if Gerry Adams is questioned by police his supporters will either ignore it or will interpret it as forces from the past pursuing vendettas against democratic and peaceful politicians.

Sinn Féin seems to enjoy dominance in the north and is continuing to experience uplift in the south.

Citizens of both jurisdictions have not expressed any real, concrete wish to pursue the party about its shady pasts and perhaps the party can continue to bank on the wilful amnesia that exists around its history.

In that scenario, the easy consensus surrounding issues of truth and justice will simply be recycled.

The worst case scenario is however substantively different and would see Adams is indicted for war crimes – the practice of disappearance falling under Geneva Protocols and International Convention for the Protection of All Persons from Enforced Disappearance.

International law provides for no exceptional circumstances whatsoever may be invoked as a justification for enforced disappearance.

In this instance, with the conjecture developed by more recent public statements made by Price, Adams would be undeniably comparable to recent international war criminals.

Quite how republicans would integrate their narrative of the conflict – a quasi-liberationist struggle against a neo-imperial occupier and a defence against recalcitrant Protestant colonists – with that would be another matter.

For it appears that for Adams “the wriggle room has diminished and the criticisms have grown more insistent”.

Such an integration would, perhaps, require Sinn Féin and provisional Republicans to examine their own bloodied past – in which their armed wing, the IRA, turned its back on the peaceful and successful civil rights movement and undertook a war of aggression. And, in turn, such a revision may open up the space for victims’ voices to be given a fair hearing within Northern Ireland.

This deferral of consideration of factual truth appeared in a most robust form in the comments of the influential Irish journalist Niall O’Dowd who seemingly believes that attention to context is critically missing from the debates over Gerry Adams and his past. Unfortunately, O’Dowd attempts to fill his readers in with his own reheated version of the republican narrative of Northern Irish history. 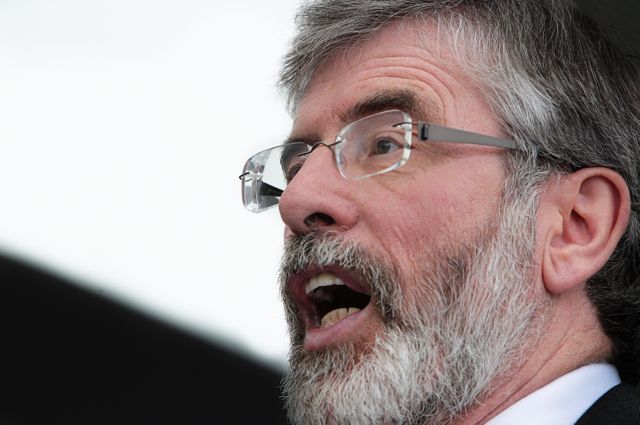 Gerry Adams, he tells us, was just like every other ‘able-bodied man back in the days when the Troubles were at their height’ and understandably therefore ‘got involved’. Understandably, since:

‘Decades of complete Unionist misrule led to a tinder-box situation after civil rights marchers were batoned and beaten off the streets in 1968 and 1969. It all inevitably exploded and then all hell broke loose when the British Army was called in to defend the indefensible status quo we had Bloody Sunday and a fully-fledged IRA campaign’.

This is bad history: on the one hand, recent historical work by Simon Prince has pointed out that marchers were batoned off the streets of Derry long before 1968 – the difference as any history student knows was the presence of television cameras.

On the other, work by Thomas Hennessey has demonstrated that the decision to ‘take the war to the Brits’ and attempt to finish the revolution that started in 1916 was deliberately taken by the IRA at the end of 1969.

Given O’Dowd’s revisionism it is worth repeating that the civil rights movement was peaceful and had achieved most of its aims before the IRA’s decision to go to war.

Secondly, to conflate a genuinely mass movement with a terrorist insurgency is to sully the names and memories of those who strove to find peaceful solutions to Ireland’s problems.

It is bad history and more: for O’Dowd’s revisionism serves to muddy the waters politically and ethically.

Comparing terrorists with peaceful marchers leads inexorably to the idea that everyone was a victim and everyone was responsible for the killings.

The appeal to history is, in this instance, a red-herring and a way of silencing accurate historical judgments – a contemporary, postmodern version of German Philosopher Theodor Adorno’s ironic advice that it is impolite to talk of nooses when we find ourselves in the house of the hangman.

The above article was co-authored by Cillian McGrattan. Cillian lectures in Politics at Swansea University. He received his PhD from the University of Ulster. His books include Memory, Politics and Identity: Haunted by History (Palgrave Macmillan, 2012);Everyday Life after the Irish Conflict: The Impact of Devolution and North-South Cooperation(Manchester University Press, 2012) (co-edited with Elizabeth Meehan); Northern Ireland, 1968-2008: The Politics of Entrenchment (Palgrave Macmillan 2012); and The Northern Ireland Conflict (Oneworld, 2010) (with Aaron Edwards).