You are at:Home»News & Current Affairs»Opinion»Without ‘Stormontgate’ it’s possible that we wouldn’t now have an Assembly…
Social share:

It’s ten years to the day—midnight on October 14, 2002—since the fallout from ‘Stormontgate’ (when Sinn Fein was accused of running a spy operation from the heart of Parliament Buildings) forced Secretary of State John Reid to suspend the Assembly and re-introduce Direct Rule.

In so doing he killed off the first phase of post-Belfast Agreement devolution and, albeit by accident rather than design (I think!), kick-started the ongoing implosion of both the UUP and SDLP. 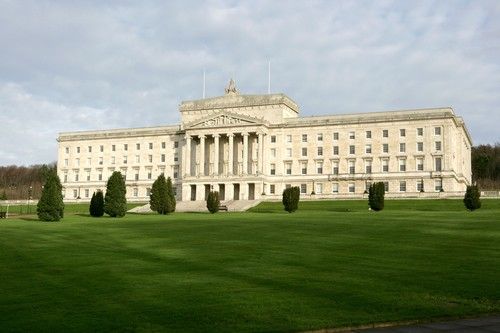 The immediate consequence of the suspension was that the next Assembly election, in November 2003, was held against a background in which David Trimble had absolutely nothing to show for all the risks he had taken from 1997 onwards.

No devolution. No Assembly. Very little in the way of decommissioning from the IRA. And nothing to offer his own voters, let alone the wider unionist electorate, as evidence that Sinn Fein should be trusted.

Meanwhile, the DUP fought the election with the very easy-to-understand strategy that it was ‘time for a fair deal’. This was a very subtle shift from the rampant negativity of their 1998 campaign: this time they acknowledged that power-sharing with Sinn Fein was probably inevitable and that they could bring themselves to do it—but only if a series of tests and conditions (particularly on decommissioning and policing and justice) were met.

In essence, all they had to do was point to the mess that Trimble was clearly in (not to mention the increasingly bitter civil war that engulfed his party) and say that they could do better. 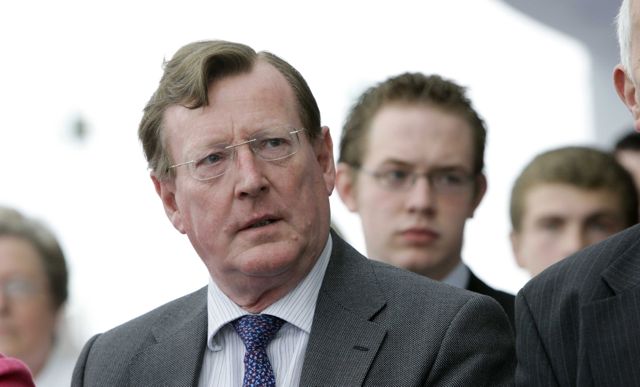 In some ways it wasn’t a disastrous result for the UUP: losing only one seat. But it did slip into third place behind the DUP and Sinn Fein. No, what really scuppered Trimble was the defection of three of his MLAs—Jeffrey Donaldson, Norah Beare and Arlene Foster—to the DUP in January 2004, leaving the DUP as the undisputed majority voice of unionism in the Assembly.

Meanwhile, Sinn Fein had established an even more comfortable lead over the SDLP: meaning that any new deal and any chance of restoring devolution was going to depend on Ian Paisley/Peter Robinson and Gerry Adams/Martin McGuinness reaching an agreement of their own.

History is fuelled and fates are determined by all sorts of quirks and unexpected incidents. If ‘Stormontgate’ hadn’t happened is it possible that the UUP could have held on, maybe even picking up a couple of extra seats?

Is it possible that the SDLP could have minimised the challenge from Sinn Fein?

Maybe Jeffrey Donaldson and Arlene Foster wouldn’t have begun negotiations and overtures with the DUP, paving the way to their extraordinarily speedy defection to the DUP a matter of weeks after the election.

Maybe Sinn Fein wouldn’t have been able to portray itself as more sinned against than sinning (blaming the ‘Brits’ for trying to undermine them in the Assembly), a tactic which almost certainly helped it to topple the SDLP.

Conspiracy theorists have had a field day. If the British and Irish governments had already concluded that the UUP and SDLP weren’t able to hold the Agreement and Assembly together and ensure political stability, then surely it would be to their advantage if Trimble was made to look like a fool for trusting Sinn Fein and if Sinn Fein was able to play the ‘poor us’ electoral card?

We may never know: or we may know in a few decades, when official papers are put in the public domain. All that matters is that the Assembly election following ‘Stormontgate’ put the DUP and Sinn Fein in the driving seat and filled the particularly dangerous vacuum which was growing by the UUP and SDLP’s failure to make progress between 1998 and 2002.

But if ‘Stormontgate’ hadn’t happened then it’s possible that the UUP and SDLP would have kept their noses in front of the DUP and Sinn Fein, which would have probably resulted in yet more limping along and even the possible, irretrievable collapse of the whole process.

Anyway, we probably will never know if ‘Stormontgate’ was part of a wider black arts strategy, entirely serendipitous or just mere happenstance.

The only thing that matters in history is the consequence of an event: and in this case the consequence was a political/electoral outcome which forced the DUP and Sinn Fein to the same negotiating table and soon afterwards to the joint office of First and Deputy First Minister.

Without ‘Stormontgate’ it’s possible that we wouldn’t now have an Assembly.