You are at:Home»News & Current Affairs»Opinion»‘Red card’ for all of them referee!
Social share:

When is the sporting world going to stand up and protect referees and officials in football?

When is the ruling body in football going to afford referees appropriate protection to do their job on the field?

Why is it acceptable for referees to be subjected to menacing verbal abuse week in and week out by highly paid loud and foul mouth louts of players? 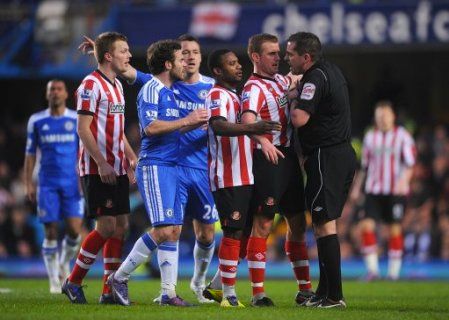 Do you ever see a match on television or at any grounds where the referee is not surrounded by five or six menacing players baying for blood, finger-pointing and seeking to intimidate and force a change to a decision?

Has the time not come for referees to show ‘red’ to all those and I mean all those, five six, however many are involved, verbally and abusively challenging decisions on the field?

If referees were to denude teams’ number in critical games, behaviour might alter pretty rapidly.

I have watched great players like Ryan Giggs endlessly yapping and directing criticism at the referee even when it is blatantly obvious that he is in the wrong. 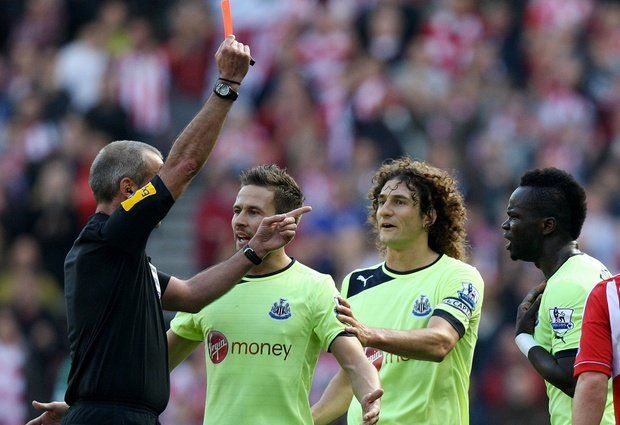 What sort of example are these guys to young children?

Is it any wonder that retaliation is the order of the day now – any and everywhere there is a difference of opinion among young people?

Unless the footballing authorities get a grip of what is unfolding before our eyes we are going to end up in a sorry mess.

Footballers are so lionized that they think they can do what they like.

What we witness is endless contempt in so many cases on and off the field for rules and society.

Has the time not come for zero tolerance of player misbehaviour – period? 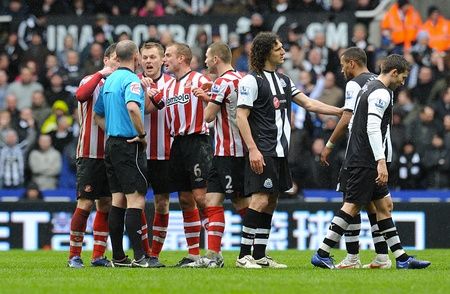 Social share:
football misbehaviour referees
Previous ArticleSink or swim for the City of Culture and its organisers – Ruairi O’Kane warns
Next Article It was chess, Jim, but not as we know it… Romney versus Obama – take three