You are at:Home»News & Current Affairs»Opinion»Mediocrity recognises nothing higher than itself
Social share:

Back in January, on this site, I wrote: ‘The irony, of course, is that Obama is a terrible President. You have to go back to 1976 and President Carter to find someone quite so dithery and incapable of making decisions.

All the hope and change he promised has turned to hype and stasis.

When he sees a problem he throws words at it, whole tidal-waves of rhetoric, in fact, trapped in his self-delusion that what worked with a gullible electorate in 2008 can also work with the intractable realities of an economic crisis.

He deserves to lose and lose heavily.

But it looks like he will hold on for no other reason than that the battle for the most powerful political position in the world will descend into an electoral farce between a Mormon who believes that God lives in a world called Kolob and a President who often behaves as if he already inhabits another planet!’ 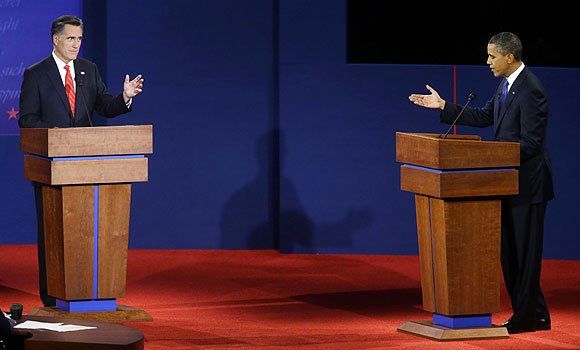 And that’s where we are today: with Obama using the first televised debate last week to deliver a series of mini lectures to camera (I assume he believes that ignoring your opponent is the ‘Presidential’ thing to do); while Romney jibber-jabbered away about ‘lost hope and lost opportunities,’ yet failed to land any killer, let alone knockout blows.

Yes, he did well in that debate, but that’s because expectations were so low for him and so high for Obama. He has had a surge in the polls, but it’s almost certainly too little too late. Also, expect Obama to be ‘on fire’ at the next debate.

Another reason Obama will probably cling on (and it tends to be forgotten that re-election for Presidents is not a shoo-in: indeed, of the last ten, only Reagan, Clinton and Bush jnr served a full second term) is that Romney has ongoing problems nailing down one key constituency.

Namely, the most extreme end of the born-again, tea-partying, fruitcake-spouting, flag-flying, “why-aren’t-we-allowed-to-call-Obama-a-black-Muslim” fundamentalists — the living embodiment of American Gothic — who can’t/won’t make a choice between a black man and a Mormon.

The Republicans who hate Romney—and they really do hate him—don’t regard him as a Christian (even though he does have a belief in the same Christ and God as they do). For them he is just peculiar.

While they regard the Bible as true, the direct Word of God, they are outraged that Romney believes in a book handed down by an angel to Joseph Smith in 1827. Yet they have no difficulty believing the activities of the dozens of angels who acted as messengers in the Bible.

They don’t like the fact that Mormons used to practice polygamy, but can easily forgive Christians who cheat on the one wife they do have, or who have been married more than once.

They don’t like the Mormon’s willingness to baptize the dead, yet they themselves and political sinners (who happen to be Republican, of course) can be ‘saved’ and redeemed merely by describing themselves as born again.

Meanwhile, Obama has roped in Bill Clinton as his primary cheerleader, crowd pleaser and fund raiser, deploying him as a conduit to those ‘softer’ Republicans who are uncomfortable with Romney, as well as those ‘harder’ Democrats who feel let down by Obama. 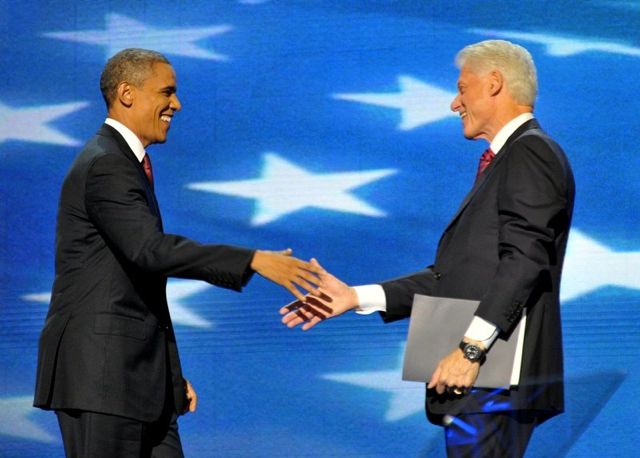 Actually, am I the only one who finds it extraordinary that Clinton, a philandering liar who drenched his career and the Oval Office in sleaze and embarrassment, should still be regarded as a vote winner?

Anyway, it has been a pretty dull campaign up to now, notwithstanding that wonderfully surreal moment when Clint Eastwood conducted a conversation with a chair during a primetime slot at the Republican Convention.

Romney won the nomination because he had deeper pockets, better organization and had done it all before back in 2008.

It helped, of course, that his internal rivals were a weird and wonderful array: Newt Gingrich, a thrice-married serial adulterer who had to give a public guarantee that he wouldn’t cheat on his present wife; Ron Paul, who wanted to legalise drugs and let people do whatever they wanted to do in the bedroom; Rick Perry, who seemed incapable of stringing a coherent sentence together; and Rick Santorum, who was so right-wing he kept meeting himself coming around the corner.

Not one of them had an iota of presidential material about them–unless they ever found themselves next to Obama and got a bit of dandruff brushed from his shoulder.

Therein lies what I once described as the ‘sheer wonder and oddity of American politics’. How can a country which prides itself on the scale of its democracy, freedom of expression and can-do, pioneering spirit end up, time after time, with such a limited, uninspiring bunch of Presidential hopefuls?

Indeed, how does it get along with just two major political parties, neither of which is left wing in any traditional sense of that term?

Yet in asking that question I am struck by the fact that the United Kingdom is no better. Two weeks ago Nick Clegg wrestled himself to the ground as he tried to apologise and aggrandize at the same time. 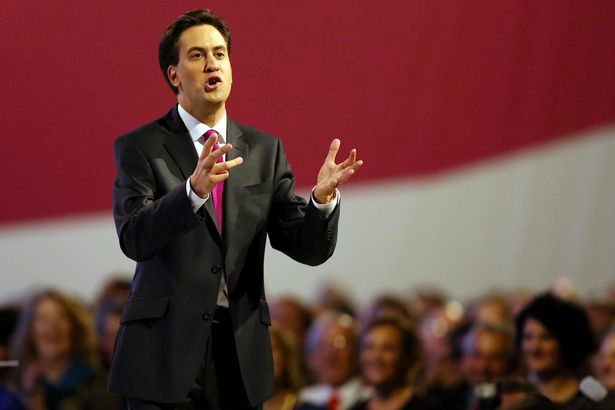 Last week Ed Milliband walked around a platform and seemed terribly pleased with himself for making a speech without notes: a pretty easy thing to do when you have nothing of particular interest to say.

This week David Cameron made a scripted, over-rehearsed speech: but it amounted to no more than a stick of seaside rock with ‘nothing new here’ running all the way through it.

The parties they lead are dull, visionless and ideologically empty and their Parliamentary ranks are top-heavy with fodder cloned from sponge.

The real difference between the US and the UK is that the President can still lay claim to the mantle of being the most powerful, influential political figure in the world.

David Cameron can’t even claim to be the most powerful, influential political figure in his own party! Yet the other thing—along with most other Western democracies—they have in common is the fact that turnout continues to spiral downwards.

We should be worried that more and yet more people are not buying newspapers or tuning in to news programmes (and nor are the majority of those former readers or listeners/watchers opting for websites and blogs to provide news).

We should be worried that so many people have so much undisguised contempt for politicians.

Why should we be worried? It goes back to my earlier point about the Presidential choice being limited to such an uninspiring bunch. The disconnect between voters (at least those who can still be bothered to vote) and would-be representatives seems to encourage blinkered, shallow minded ‘career politicians’ rather than ideologically driven parties and politicians with a genuine passion and a desire to make a difference.

As Sherlock Holmes noted, “mediocrity recognizes nothing higher than itself”; and it looks to me like political parties and governments are now mostly the preserve of the professionally mediocre. 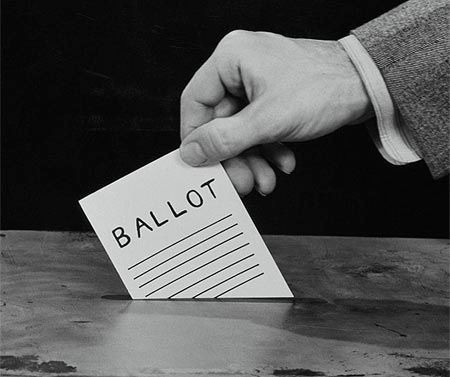 Voting does matter. Ideology matters. Reasoned, articulate debate matters. The involvement of ‘real’ people rather than just ‘career politicians’ matters. Politics is now dominated by people who recognize nothing more important than themselves.

So staying at home on election day and generally turning a blind eye and deaf ear to everyday politics is the worst thing that any of us could do.

If it really is true that we get the politicians we deserve then we can hardly complain if, having ignored the ballot box and opted out of political life, we end up with politicians who merely react to events rather than determine them.