Alfred Hitchcock once remarked that in feature films the director is God but in documentaries, God is the director.

Throughout the analogue age, there have been a host of amazing TV documentaries which have shed light on some of the great wonders of life, life’s struggles, our history and our demons.

Viewers have walked with dinosaurs, have got a sense of what it was like to do battle in Sparta and sympathised with those battling Alzheimer’s.

Here’s my choice of eight classic documentaries from the era of analogue television: 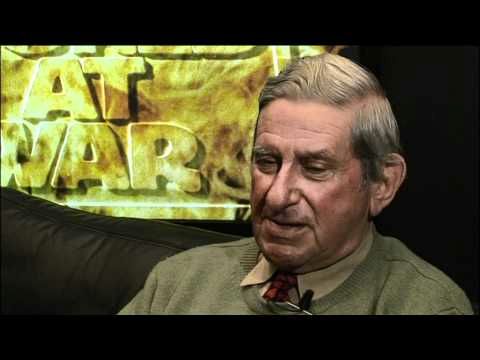 The World at War

I was too young to catch Jeremy Isaacs’ landmark 26-part chronicle of the Second World War when it originally aired on ITV in 1973 and 1974 but there have been plenty of opportunities to catch repeats over the years.

Narrated by Sir Laurence Olivier, Isaacs’ groundbreaking series covered the rise of the Nazi Party in Germany to the Allies’ conflict with Japan to the post-War legacy for Europe with interviews with figures as diverse as J B Priestly, James Stewart, Third Reich Minister Albert Speer, Lord Mountbatten and the historian, Stephen Ambrose whose book ‘Band of Brothers’ would later be dramatised by HBO.

With a stirring musical score by the composer Carl Davis, the series conveyed how the horrors of the Second World War affected soldiers, sailors and civilians – especially those who suffered in the Nazis’ Concentration Camps.

Isaacs’ series was deservedly acclaimed wherever it was screened and to this day, Olivier’s final word: “Remember” at the end of the series remains as poignant as when it was first screened. 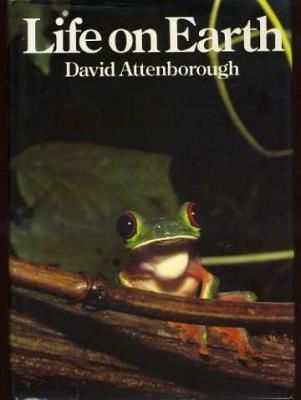 The BBC has produced many great nature documentary series over the decades with David Attenborough at the heart of them.

His examination of marine life in the eight part BBC series, ‘The Blue Planet’ in 2001 is without a doubt a classic, with its stunning BAFTA and Emmy award winning cinematography. However the series has been slightly tarred by the revelation that some of the scenes were shot in an aquarium in Wales.

However it is Attenborough’s 13 episode BBC series ‘Life On Earth’ in 1979 that remains his real masterpiece, with his crew going to extraordinary lengths to capture some of the rarest animals in action. This included filming a bat in flight in a wind tunnel to capture its wing span in slow motion and recreating a mole rat run.

The series is, of course, best remembered for David Attenborough’s magical encounter with a group of mountain gorillas in Diane Fossey’s sanctuary in Rwanda – a stunning piece of television that has not lost its power to this day. 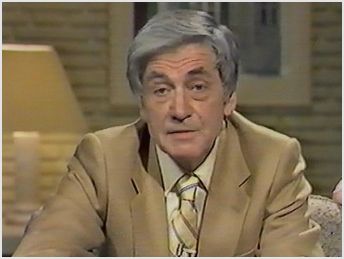 In 1981, as Northern Ireland was caught in the turmoil of the hunger strikes, veteran broadcaster Robert Kee (pictured above) bravely took on an epic series for the BBC and RTE that examined the history of Ireland from pre-Christian times to the present day.

Kee wanted to inform British audiences’ understanding of what was going on in Northern Ireland with a comprehensive study of the island’s history and he produced a gripping 13 part series.

With emotions running high about violence in Northern Ireland, his programme drew some criticism which the BBC captured on its programme ‘Did You See?’.

And while Robert Kee’s ambitious series undoubtedly reached an audience, it ultimately failed to engage a mass audience in Britain that had largely switched off from the Troubles and wasn’t really interested in Ireland and Ulster’s history because they believed it was intractable.

Nevertheless ‘Ireland: A Television History’ was a daring series which challenged its viewers by bringing interviews with gunmen and politicians from the Irish War of Independence to the Troubles right into their living rooms. 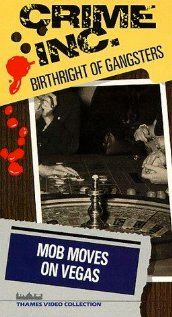 Long before Martin Scorsese gave us ‘Good Fellas’ and David Chase gave us ‘The Sopranos’, this compelling Thames Television series gave ITV audiences an insight in 1984 into what the American Mafia was really like.

The series featured FBI surveillance recordings and interviews with Federal agents and gangsters who turned state’s evidence including the wonderfully named Jimmy ‘The Weasel’ Fratianno. These interviews shed some light into the inner workings of the Mob including the rituals gangsters had to undergo in becoming a “Made Man”.

Written and narrated by its producer Martin Short (not to be confused with the Hollywood comic actor), it was also memorable for its rich vein of anecdotes about gangsters from the reign of Al Capone right through to the 1980s.

The show was the first time I came across the amazing story of Cleveland Irish-American mobster, Danny Greene who took on Mob bosses in a bloody turf war (inspiring the movie ‘Kill the Irishman’) and it featured an interview with the hitman who eventually assassinated him, Ray Ferritto who later turned stool pigeon.

An interview with Judith Exner, Chicago Mob boss Sam Giancanna’s Mistress who was linked to JFK, also raised uncomfortable questions about links between the Mafia and the Kennedys. 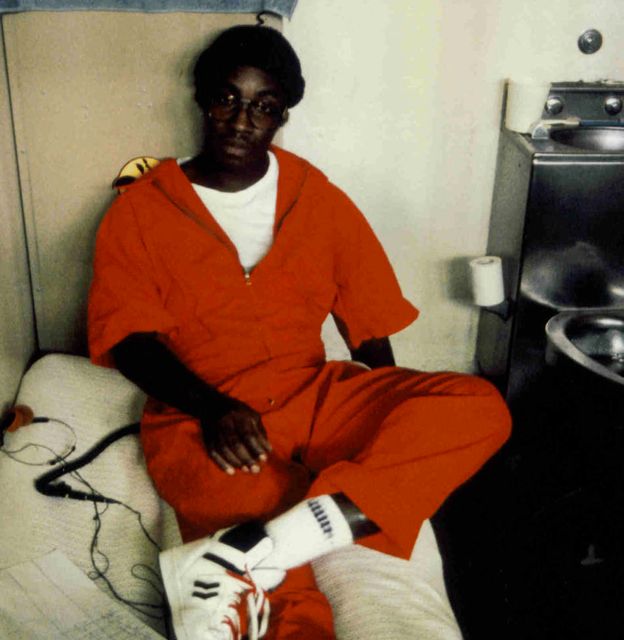 Fourteen Days in May

Long before Tim Robbins’ tackled the topic in his hard hitting movie ‘Dead Man Walking’, the BBC screened a powerful Death Row documentary in 1987 about English lawyer Clive Stafford Smith’s efforts to spare Edward Earl Johnson, who was convicted of the rape of a 69 year old woman and murder of a policeman in Mississippi.

The camera crew followed Johnson and his family, the warden, guards and chaplain in Mississippi State Penitentiary during the countdown to his execution by gas chamber.

Johnson maintained his confession to his crimes was extracted under duress and the documentary certainly raised questions about the way the judicial system in the US applied the death penalty along racial lines.

The documentary, which runs for almost an hour and a half, deservedly won a British Film Institute Grierson Award. 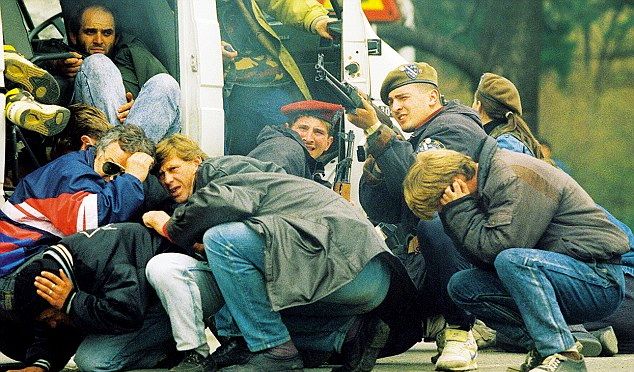 The Death of Yugoslavia

This 1995 five part documentary series for the BBC by the production company Brook Lapping was a brilliantly researched study of the forces that led to one of the most shocking conflicts in post-Second World War Europe.

Featuring interviews with a lot of the main players in the Balkans including Slobodan Milosevic, Radovan Karadzic and Franjo Trudman, it traced the collapse of the former Yugoslavia after the downfall of Marshal Tito, the rise of nationalist sentiment in Serbia, Croatia and other emerging states and the ethic prejudices that ultimately led to horrific acts of genocide in Bosnia.

Producer Norma Percy’s series featured memorable accounts of the three month siege of Vukovar, the massacre at Srebrenica and the terror waged by a Serb sniper operating near Sarajevo’s Holiday Inn.

The production team would go on to make a compelling four-part series about the end of Northern Ireland’s Troubles, ‘Endgame in Ireland’ with the help of a certain Mr Mallie but this remains their greatest work – a chilling reminder of the destruction waged by ancient ethnic prejudices. 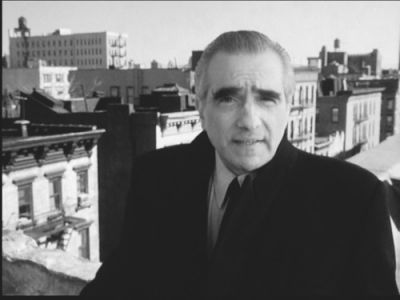 If I’m being really honest, Northern Ireland filmmaker Mark Cousins’ excellent 15-part series ‘The Story of Film’ for More 4 last year is, in my view, the greatest documentary series on cinema.

But as that was made for a digital channel, I cannot include it here. So I’ve opted instead (you may think rather predictably) for Martin Scorsese’s three part documentary tribute to American cinema which aired on Channel 4 in 1995.

Why? Because it was a revealing insight into the cinematic influences that shaped the greatest US filmmaker of the past four decades as he waxed lyrical about the silent movies of King Vidor and DW Griffith,the Great Musicals of Vincente Minnelli and George Cukor, the Westerns of John Ford and Clint Eastwood and the groundbreaking work of Orson Welles, Alfred Hitchcock, Stanley Kubrick and John Casavettes.

This was a generous nod by a filmmaker in his prime to his predecessors and it was told with the zeal of an enthusiastic teacher. The cineaste in Scorsese would no doubt have wanted to have paid tribute to Michael Powell, Emeric Pressburger and other great filmmakers from around the world but he stuck to his brief admirably and turned in a thrilling examination of the power of American cinema. 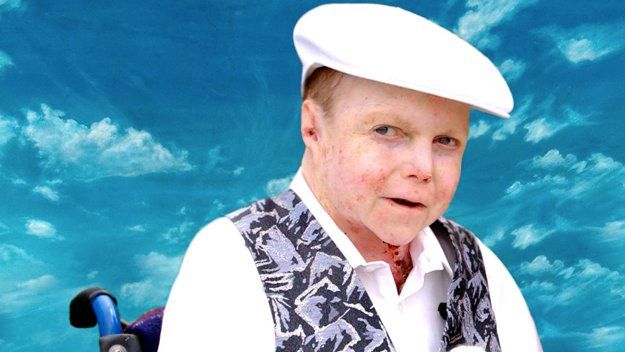 The Boy whose Skin Fell Off

A great documentary can give viewers a sense of what it is like to live in the most heartbreaking of circumstances and yet turn that into an inspirational story.

In March 2004, Channel 4 did just that with a provocative and humorous documentary about 37 year old Jonny Kennedy from the north east of England who suffered from a horrible genetic condition called dystrophic epidermolysis bullosa where his skin could fall off at the slightest touch.

What made this tough documentary so compelling was the way Kennedy was so candid about the suffering he encountered and his impending death as he battled with skin cancer.

But it was also a hugely uplifting tale about a life lived to the max as Kennedy set about fulfilling his ambition of flying a glider – undoubtedly the highlight of a wonderful documentary.

Social share:
Crime Inc. Dan McGinn Fourteen Days in May Ireland - A Television History Life on Earth Martin Scorsese - A Personal Journey through Movies The analogue television The Boy whose Skin Fell Off The Death of Yugoslavia The World at War TV documentaries
Previous ArticleAre there ‘any islands in the sun’ for children in working class Protestant districts?
Next Article Sink or swim for the City of Culture and its organisers – Ruairi O’Kane warns