You are at:Home»News & Current Affairs»Opinion»Hutchinson and the PUP – it’s not too late to talk Billy
Social share: 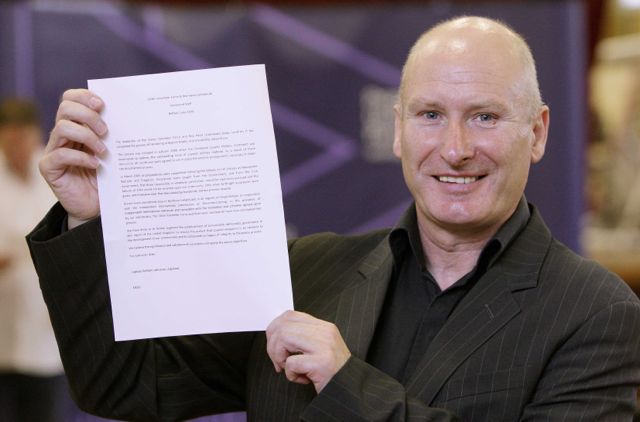 I remember once describing Billy Hutchinson as the “authentic voice” of loyalism.

It was when there was a credible and believable loyalist project in that phase of the peace process that stretched from the ceasefires of 1994 to the Good Friday Agreement in 1998.

That year both Hutchinson and David Ervine were elected to the Stormont Assembly as members of the Progressive Unionist Party (PUP), which is politically aligned to the UVF.

It is to the credibility of that period that loyalism needs to return; this is the challenge for Hutchinson and others in his community – their road map.

Loyalism lost itself in the murderous feuds that followed one after another in a period from 2000 onwards, undermined its decommissioning in the killing of Bobby Moffett, however the UVF tries to justify that shooting, and lost its political place in Stormont.

Describing these things is not negative journalism – not anti-loyalist. 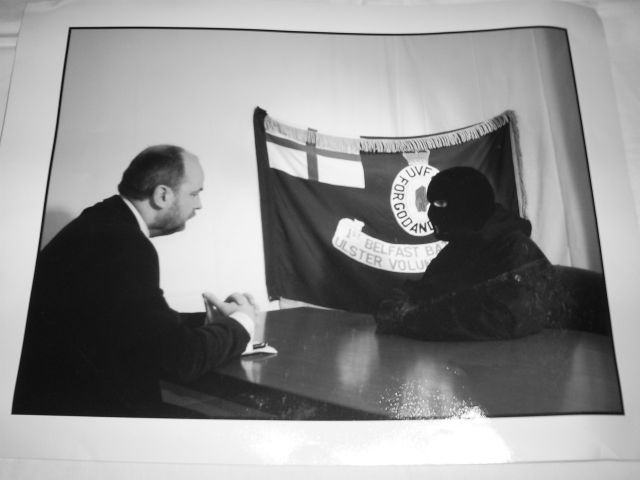 I spent years of my reporting career in contacts with the UVF, UDA and Red Hand Commando leaderships; contacts covering numerous statements, briefings and interviews.

In my book ‘Behind The Lines’ published in 1995 I described one of my first meetings with Hutchinson; an interview I conducted with him and David Ervine in a club on the Shankill Road.

At the time, I wrote: “In the background the daily routine of the club continued as normal. There was the sound of the fruit machine being played in the hall, above the bar the television was tuned to BBC 1 for the one o’clock news and for the Australian soap Neighbours, and the women behind the bar served out the lunchtime specials of pork and steak.”

Over lunch that day Hutchinson, a former life sentence prisoner, told me he would not be an apologist for violence, but added:

“Obviously if we want to try to influence people who are carrying out acts of violence there is no point in condemning them.

“It’s about understanding why they do it and then trying to convince them that political dialogue is the way forward.”

These many years later, the wars are now over – loyalist and IRA – but there is still more convincing to be done; the challenge found in a few words spoken by Chief Constable Matt Baggott at today’s PUP Conference (Saturday October 13) and tweeted by UTV’s Marc Mallet.

“I would love to see a total paramilitary withdrawal,” Baggott said – a challenge that stretches across both loyalist and republican communities.

On twitter on Friday and in Saturday’s Belfast Telegraph I had described the likely course of today’s PUP Conference; a motion on the abolition of the Parades Commission and seeking a “viable alternative”, discussion on welfare reform, Irish language and the controversial use of “supergrass trials” and a high profile guest to speak on policing.

I had also drawn attention to the conference date – October 13 – and its significance on the loyalist calendar.

It was on that same date in 1994 that the then Combined Loyalist Military Command (CLMC) declared its ceasefire in response to the IRA, and this is the read back into that period when loyalism had credibility linked to that cessation and the developing politics.

Today, in 2012, the PUP must define itself, what it wants to be and that has to be something much more than the party of parades; the party that will lead on the right to march.

Young people in loyalist communities need something more than a band and a drum to define their place in society. 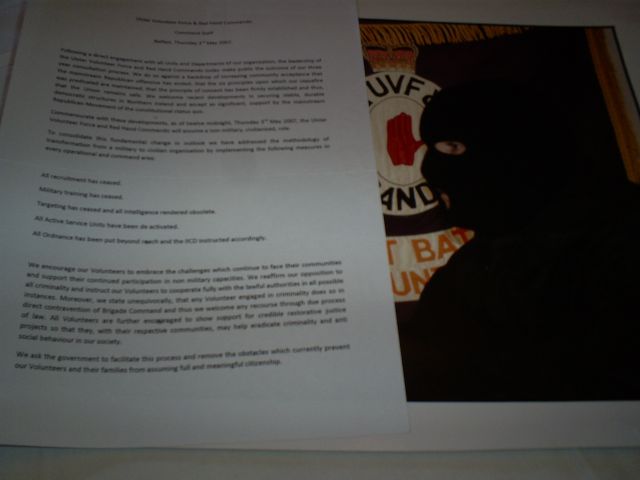 They need education and jobs, and, as Eamonn Mallie has written on this website, on any march for those things many would join them and the route would not be contentious.

Alan in Belfast tweeted a line from Dr John Kyle spoken at today’s PUP Conference that the “best thing I could give some of my patients is a job”.

How right he is in identifying that particular medicine.

Billy Hutchinson says he wants to give the loyalist community a voice, wants the party he now leads to be part of creating “a good society”, wants to rid the streets of criminality and wants to protect the vulnerable.

If those are the things that he and his party want to talk about, then, to play on a title, it should not be too late to talk to Billy, but… and there is a but;

Loyalists have to make that possible.

A dialogue is not just about their needs, but the needs of all.

In recent days, Billy Hutchinson reminded me of that comment I once made about him being the “authentic voice” of loyalism; and I reminded him of the period and the context in which it was said.

Despite what some are saying, the world and the media are not against the loyalist community.

I can remember republicans accusing me of a ‘securocrat’ agenda and being anti-peace process when I linked the IRA to the break-in at Castlereagh Special Branch offices, the ‘Stormontgate’ intelligence gathering scandal and arms development in Colombia.

Journalists have a huge responsibility, and I acknowledge and have written that in conflict situations there is no such thing as a perfect reporting record.

Falsely accusing journalists of an agenda can put them in danger, and this is something those loyalists involved in these smears need to think about.

To go back to Matt Baggott’s words, there is a need for “a total paramilitary withdrawal”, and not just in the loyalist community.

The nationalist/republican community needs to make that absolutely clear to dissidents, and then, on a level pitch, let us see where this process can lead.

That is not one side deciding what it wants to do and then doing it.

It is about all sides making this a place and a process not of communities, but community.

Social share:
Billy Hutchinson Brian Rowan David Ervine Loyalism PUP
Previous ArticleMediocrity recognises nothing higher than itself
Next Article Without ‘Stormontgate’ it’s possible that we wouldn’t now have an Assembly…