You are at:Home»News & Current Affairs»Opinion»Exposing and closing the PSNI’s revolving door – by Gerry Kelly
Social share:

Ten years is a long time in politics – and in policing – in Ireland.

On 4th October 2002, I found myself ascending the stairs in Parliament Buildings, TV crews on my shoulder, as a PSNI raiding party fled from Sinn Féin’s offices with a CD and a floppy disk returned four days later.

The PSNI Special Branch had just orchestrated a raid on Stormont which ultimately led to the collapse of the embryonic power-sharing arrangements. 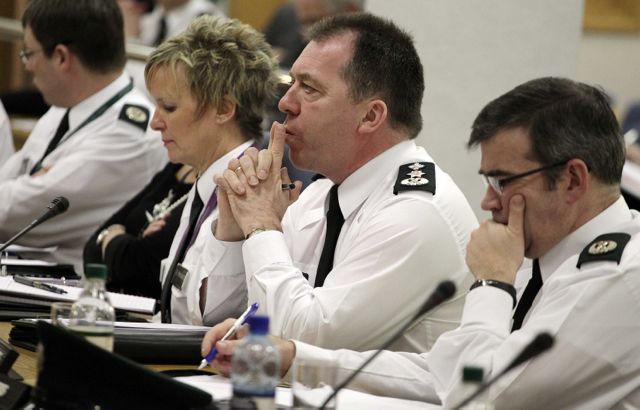 Exactly ten years later, on 4th October 2012, the PSNI, the TV crews and I were together in one room again, but for a very different reason. This was the monthly, public accountability meeting of the Policing Board with the PSNI Chief Constable.

Power-sharing was not in peril this time: a sign of the progress none of us should take for granted. But the volatile relationship between policing and peace-building is still under huge strain.

The recent Audit Office report into the PSNI policy of rehiring retired police officers is a disturbing and damning account of this relationship.

The PSNI Chief Constable has now publicly conceded that this policy compromised “the spirit of Patten”.

In answer to the Policing Board on 4th October, the PSNI has admitted that this recruitment policy was not equality-proofed. A week later, in the first time since the transfer of policing and justice powers, the Public Accounts Committee (PAC) heard evidence from the PSNI on the findings of the Audit Office report.

The PSNI Deputy Chief Constable said that “It is the vision of the SET (Senior Executive Team) that we should be as representative as possible”.

In response to questions from the Sinn Féin members of the PAC, both chief PSNI officers in attendance confirmed that the objective of a representative policing service was adversely affected by retiring and rehiring.

All of this is constructive but real questions remain unanswered. 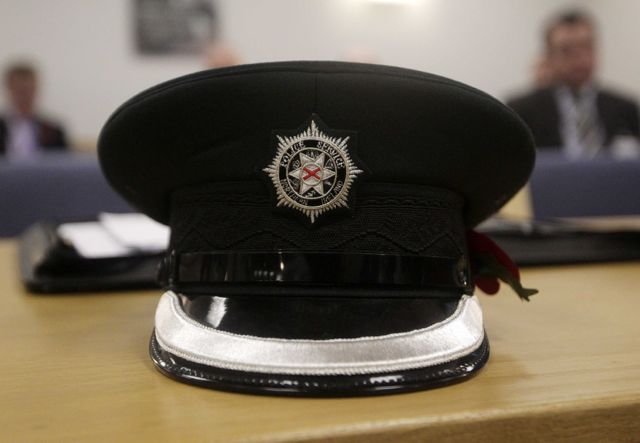 £500 million pounds of public money was set aside for Patten severance to help to make space for a policing service which would be fully representative of our society.

Everyone receiving severance got the first £40k tax-free. Some received hundreds of thousands. On top of this, they had no pension abatement, thereby earning more after retirement than during their years of service.

Upon being rehired, they topped up their income with more public money, and some avoided their tax obligations. By forming shell companies, individuals avoided 20% more tax.

For many years, questions about the PSNI policy of retiring and rehiring have received evasive answers, which were at least, economical with the truth and disguised the effect of this policy.

When the Policing Board was reformed 15 months ago, Sinn Féin’s questions were met with derision and false information. Others in the police support staff who later came forward to the Policing Board to blow the whistle were warned not to do so.

On 1st November 2011, the PSNI responded to Sinn Féin questions that it did not know how many retired police officers had been rehired because : “The previous employment history and pension arrangement of associate (agency) staff are not held centrally by (PSNI) Human Resources (department)…”

In truth, for more than a decade, the number of retired officers being rehired had always been centrally held by the PSNI.

The PSNI knew that retired officers were being rehired but refused to admit the existence of this policy or the numbers involved.

In December 2011, Sinn Féin obtained the first solid evidence to confirm this and took the information directly to the Audit Office.

The findings of the Audit Office are a devastating critique of how the PSNI Human Resources department permitted this policy to get ‘out of control’. Far from chaos, this was much more organised.

Variations to contracts for the recruitment of agency, associate and consultancy staff have been made several times by the PSNI. These variations were always to the financial advantage of one company: Grafton.

In one instance, the variation was worth an additional £44m. Claims that this was best use of public money by the PSNI are totally unproven.

In 2005, when the Policing Board raised concerns and asked that the irregularities should be examined by the PSNI’s own internal audit committee, that request was refused.

Claims by the PSNI that everything has been regularised since January 2011 are not very convincing in the face of the facts. The Audit Office found that the average proportion of retired police officers rehired over the last ten years was 39%.

Yet, at March 2012 the current cohort of PSNI ‘associates’ is 73% retired officers including some rehired in the last twelve months. Among them are faces familiar to some of the Senior Executive Team, including those the Audit Office found to be avoiding tax. 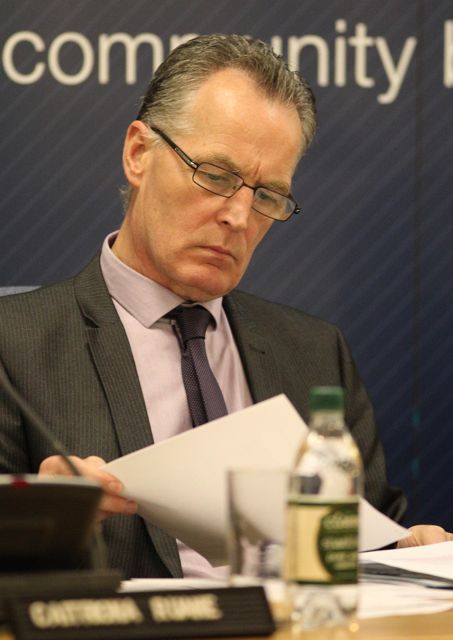 Inside the PSNI you’ll hear that retiring and rehiring was an open secret. Those responsible boasted that they had “planted so many trees no-one would be able to find the forest”. Hence the red herring that local Districts were the problem.

In reality, the bulk of those retired and rehired were recruited by PSNI Command and HQ Departments, including Human Resources.

Indeed, there appears to be a desire by sections of the PSNI that the wrong doing and the wrongdoers should be left alone. The PSNI Chief Constable had foresight of the Audit Office report since July but he has yet to identify who was to blame for this scandal.

Instead, a phoney PSNI counter-narrative has been concocted which blames the Policing Board alleging it was misaligned to receive information. It blames the Audit Office for distorting facts.

The PSNI even claims this policy only came about as a result of the Patten Report : the same policy which the PSNI now admits compromised the “spirit of Patten” !

Someone in the PSNI has decided to defend the indefensible. Whilst adding insult to injury, this PSNI response is only making the contradiction of rehiring retired officers even more acute.

The revolving door in the PSNI and the influence of the old boys network has been denounced by members of the Policing Board, human rights groups, trade union leaders and most importantly many of those employed in policing.

If the PSNI is ready to debate future plans, it starts with an end to this policy.

Sinn Féin can distinguish between those in the PSNI who are committed to public service and those in it for self-service.

For the sake of repairing the damage to policing, let’s hope that the present PSNI leadership can prove it knows the difference too.