You are at:Home»News & Current Affairs»Opinion»Dealing With The Past: bringing a sense of ‘naive realism’ to the debate – by Dr. Jonny Byrne
Social share:

Over the last twelve to eighteen months there has been a renewed emphasis from a number of politicians, academics, political strategists, practitioners and journalists to offer up some position or methodology on the most appropriate means to address the legacy issue.

More often than not, this forum has provided host to these conversations, and provided the platform for honest critiques and reflections on this sensitive and emotionally charged issue.

Here, I take stock of the current discourse and provide my own interpretation on the current conversations and offer some observations on their content, meaning and impact.

It hasn’t gone unnoticed that we are already witnessing several processes to deal with the past, whether it is through the Historical Enquires Team; the Police Ombudsman of Northern Ireland; Public Inquiries; academic research; theatre productions, newspaper stories, and television programmes (The Troubles I’ve Seen).

Yet, public and political criticisms have dogged the majority of these initiatives, reinforcing the hostility and fragmentation, which surrounds the subject of our past.

There appears to be no collective agreement about the values, which may or may not underpin a legacy process, which incorporates the ideals of Truth, Justice and Reconciliation. Or about whom it should encompass? Or what the intended outcomes would look like?

Instead the public bare witness to silo-ed perspectives of what a process should entail, which are clearly underpinned by their own ideological and political positions.

Put simply, the on-going discussions around methods to address the past have no traction at a cross-political or cross-community level, which has resulted in policy stagnation and risks further public apathy towards future debates.

The remainder of this article focuses on six observations, which relate to the enduring debate on the legacy of the past. They are not criticisms, nor are they nods of approval, instead they provide a platform for a renewed focus on what has previously been said, and how it may influence new thinking. 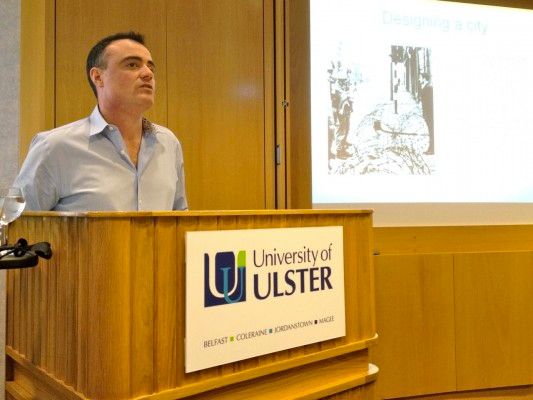 Firstly, the debate has been framed in such a way that we have come to Personalise the Past. Almost every article or conversation about ‘legacy’ contains some reference to a specific victim, perpetrator, or atrocity.

In no way am I belittling their experiences, or advocating a hierarchical charter of historical conflict events. But by constantly evoking individual accounts, we run the risk of restricting our ability to consider notions of reconciliation through a holistic framework.

In order to build a critical mass of public support for any initiative it may be necessary to shift the debate away from personalities and one, which recognises collective notions of reconciliation, which are not underpinned by the values of any particular religious, ethnic or political group.

Unfortunately, the evidence suggests that there is resistance in some quarters at the political level to unpack the context of the past, and provide the symbolic catalyst, which could lead to a consensus on the way forward.

Secondly, one could question the total number of people and institutions actually promoting the need for a mechanism to address our past.

The audience of actors engaged on this issue is extremely small and selective, which could lead some, to question the public appetite for any form of widespread discussion and dissemination process.

If this is as important and significant as we are led to believe, then one would expect greater lobbying of politicians, more media attention and public protests and rallies on the absence of such a process.

Thirdly, one should not overlook how previous decisions associated with the conflict have been made. Let us not forget that the peace and political processes have largely been negotiated behind closed doors involving a very select group of individuals.

Historically, key issues surrounding our conflict such as the establishment of cease-fires; negotiating the fine print of the Belfast and St Andrews Agreements; the early-release of political prisoners; the decommissioning and putting weapons beyond use, and the restoration of powers to the Assembly have for the most part consisted of an exclusive members club.

Although these events and processes included elected representatives, they also comprised non-state actors who were unelected and unrepresentative of the wider population.

The general public have come accustomed to ‘others’ acting on their behalf and therefore, being asked to form an opinion, create ownership and participate in a very public process is somewhat alien to them.

Fourthly, there have been very strong opinions put forward which articulate a legacy process managed and overseen by international representatives.

There is a degree of wisdom to this perspective, but one could also argue, that fourteen years into a peace process and with established political structures, that ownership of any process must lie and be embedded within our own communities.

The elected politicians are the representatives of the people; therefore, they are duty bound and best placed to provide the legitimacy and accountability that any process would require.

Furthermore, any meaningful and lasting process, which is not wedded to local institutions, could ultimately collapse under criticisms of ownership and a lack of collective participation.

Fifthly, there have been a number of perspectives put forward about what a legacy process would and should entail. However, I would argue that the messages have been lost and that the general public cannot imagine what such a process would actually look like.

Recently, senior Republicans and Unionists while articulating their positions on the legacy issue have included references to a border poll and membership of the IRA respectively.

I think these references simply cloud the issue and widen the debate to such an extent that focus is lost and framing concepts such as Truth, Justice and Reconciliation become an impossible task.

For the public to imagine such a process it requires not only strong leadership but also a degree of common sense regarding what is achievable and realistic.

Building momentum around such a process will not be easy, but establishing small successes may provide the public confidence, which could lead to a critical mass towards addressing our past.

Sixthly, are the peace and political processes really at risk if we do nothing in relation to the legacy issue?

Is there willingness within certain communities to dismantle the political institutions, and bring back the guns, bombs and sectarian killings if we do not address our past?

What if the legacy debate simply withered on the vine and died – are we so certain that this would be detrimental to our society?

I am not advocating such an approach, but I think that we need to consider how we assess the risks around pursuing an agenda where we are unclear as to the desired outcomes.

In bringing this article to a conclusion, I am aware that there is a degree of naive realism about many of the observations.

However, the fact that no single individual, community, political party or government representative has managed to articulate a formula which has garnered collective support, tells me that significant challenges exist.

I believe that the public continues to have difficulties comprehending the concepts of Truth, Justice and Reconciliation because it remains unclear as to what the sole purpose of any legacy process would consist of.

Ironically, if one unpicks the content of speeches made by Republicans, Nationalists and Unionists and moves beyond the petty points scoring rhetoric, there are valid and meaningful arguments, which could move us beyond the current deadlock.

Yet, for me, the existing debate can be captured best through two conflicting themes, which appear to underpin much of the current thinking on this issue.

When we enter into conversations about the past are we talking about dealing with actions and consequences, which can be attributed to the conflict from 1969?

Or alternatively, are we instead examining the root causes of difference in our society, namely sectarianism, discrimination and inequality?

Personally, I think that these are two very different processes that have become entwined within the emerging discourse on dealing with our past and have restricted our ability to develop the language through which we can frame the issues and conduct debate.