You are at:Home»News & Current Affairs»The legal position on amnesties and the duty to prosecute – by QUB’s Professor Kieran McEvoy
Social share:

In response to The Reverend Lesley Carroll’s call (in the comments section of Brian Rowan’s article titled: “The sorry truth – Are we healing or hiding from the past?) for members of the legal community to clarify the position on amnesties in terms of the local debate on truth recovery I thought I should respond.

Together with my colleagues Louise Mallinder (UU) and Gordon Anthony (QUB), we are just beginning a project to have a public debate on precisely these issues in partnership with local NGO Healing Through Remembering.

In addition, for the past four or five years Louise and I have also been studying amnesties internationally, including in what circumstances they are lawful and what effect they have had on other peace processes. 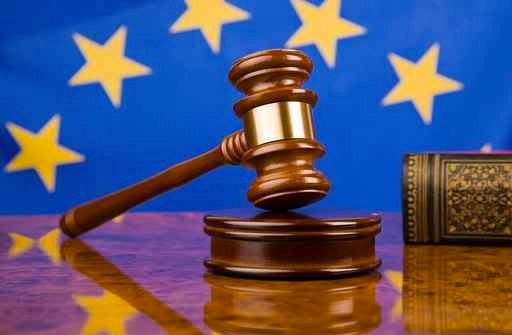 These issues are complex, but below I have tried to simplify them as much as possible but forgive me if it’s a little long as I wanted to be as accurate as possible:

The first point to make is that amnesties can be perfectly lawful and indeed quite a normal part of the transition from conflict. Between January 1979 and December 2010, an average of 12 amnesty laws were enacted each year around the world.

It is true that ‘self’ amnesties (such as those given by General Pinochet to himself and his supporters in Chile) are no longer lawful under international law. However, amnesties which are conditional and which linked to other processes, such as truth recovery (as in South Africa) or apologies\acknowledgement of what has occurred can be perfectly lawful.

It is true that there is a duty to prosecute offenders when they have been guilty of ‘genocide, war crimes in international conflicts and crimes against humanity’. While these terms are sometimes bandied around rhetorically in politics in Northern Ireland, they are terms which have quite a precise legal meaning and, long story short, these categories most likely do not apply in Northern Ireland.

3. LEGALITY UNDER THE ECHR

Lesley is right of course to raise the relevance of the European Convention of Human Rights. The ECHR creates a duty on states to carry out an effective investigation when state actors have been involved in human rights abuses, it does not impose a duty to prosecute in all circumstances.

The issue of derogation from the ECHR – (derogations occur when the life of the nation is threatened and thus the current threat of violence in NI would not really justify such a dramatic move) –is therefore irrelevant.

Mechanisms which removed the duty to prosecute if they were explicitly linked to other objectives (e.g. truth recovery, closure for victims, reconciliation etc) could, in my view, be perfectly lawful under the ECHR if designed carefully enough.

Indeed, as readers will already be aware, such mechanisms have already been utilised in terms of the legislation introduced with regard to the discovering of the bodies of the disappeared, the guarantee of immunity for those who gave evidence to the Bloody Sunday Tribunal, the decommissioning legislation – all of which were ECHR compliant.

5. PROPERLY DESIGNED AMNESTIES CAN BE LEGAL, ISSUE IS POLITICAL

In short designing a lawful amnesty in Northern Ireland linked to truth recovery and reconciliation is certainly feasible from a legal perspective. The real difficulty in the local context with regard to amnesties are political rather than legal. Given that reality, perhaps it makes more sense to speak in terms of looking more closely at the duty to prosecute and in what circumstances the duty to prosecute remains in the public interest.

As was illustrated by the recent collapse of the Loyalist Supergrass trial, prosecutions for historical cases remain notoriously difficult to achieve. Eye witness evidence is unreliable, forensic evidence may not exist or be contaminated, defendants will often remain silent and of course trials and investigations are extremely expensive and may ultimately fail. If in the case where is successfully prosecuted, if the offence occurred before 1998, the maximum they will serve is two years.

If a person is held on remand, they may be convicted, and still walk free from prison within a very short time of the trial being completed because their time spent on remand is likely to be calculated as part of the two year maximum sentence. In such a case, the trial becomes almost entirely symbolic. Certainly adversarial trials are not a place where defendants are likely to share the kind of truths that victims often crave. Some may argue that such symbolic punishment is important enough, but a broader question then becomes whether it is in the public interest.

7. PROSECUTIONS AND THE MEANING OF PUBLIC INTEREST

In 1951 Sir Hartley Shawcross QC MP, the then Attorney General, made the following statement to Parliament in relation to prosecutorial discretion. “It has never been the rule in this country…that suspected criminal offences must automatically be subject of prosecution”

Issues which the PPS may consider in determining not to proceed with a prosecution in the public interest include; the severity of the likely penalty (bearing in mind the two year maximum time served for pre-Good Friday offences); the age of the defendant at the time ; where the defendant has ‘put right the loss or harm that was caused’ and a range of other non-exhaustive considerations.

Although one suspects that the PPS would require a specific set of guidelines to deal with conflict related cases if there was a broader political agreement that it was in the public interest to stay prosecutions because other processes were being established (e.g. a truth recovery mechanism) the broad point remains – Prosecutors already have a discretion not to proceed if it is deemed in the public interest.

I hope this is helpful.

Kieran McEvoy is Professor of Law and Transitional Justice and Director of Research at the School of Law Queens University Belfast. He is also a former Director of the Institute of Criminology and Criminal Justice. He has written or edited six books and over fifty journal articles and scholarly book chapters on transitional justice related issues including prisoners, victims, amnesties, truth recovery and the role of lawyers. He has also conducted comparative research in over a dozen conflicted and transitional societies.