You are at:Home»News & Current Affairs»Opinion»The Argument for Argument
Social share:

At a local Council meeting this month one Councillor (it’s not important who) said the following: “As Councillors we should represent all the people of this constituency.” Is this possible? 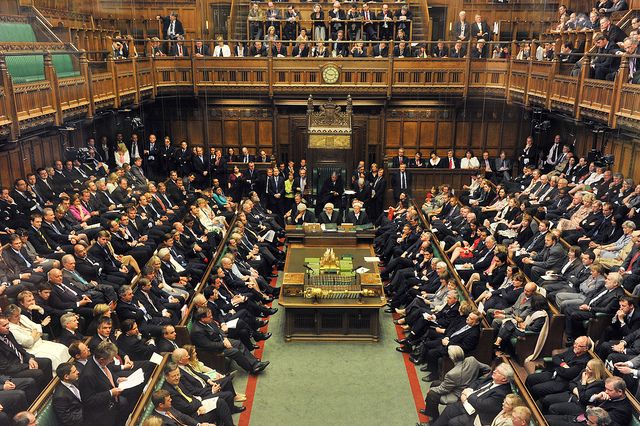 So what are we to make of this talk about, “representing all the people”? How can something which sounds so righteous be wrong? It is wrong precisely because it is vague, and because being vague allows politicians to obscure the debate and present themselves with a blank cheque and an open mandate.

The principle of the British Parliament is that it is adversarial. Parliamentary candidates nail their colours firmly to the mast whenever they stand for election and then behave and vote according to the principles they’ve expounded if they become Members of Parliament.

The differences of opinion between each party should be so profound that, like magnets, it would be impossible for them to come together. This system has been a guarantor of our liberties for centuries, ensuring that no one political ideology can rule over us indefinitely. However we are watching, applauding, as it withers and dies under the weight of grandiose commitments to represent all the people, build consensus, and work together. Previous generations would have been suspicious of this, rightly.

The trend has been fully manifested in our current Coalition government, which was formed out of expediency and with remarkable ease. Having failed to form a Parliamentary majority on the back of either manifesto, the Conservatives and Lib Dems decided to club together and make it up as they went along.

Now the Lib Dems are positioning themselves as kingmakers in the event of another hung Parliament in 2015. Simon Hughes has admitted texting Ed Miliband, but it’s all part of “grown-up politics”, you understand. 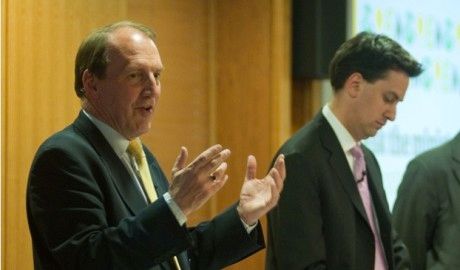 This is what he said exactly: “In sensible, grown up politics you talk to people about how you get the best deal for Britain. I have talked to Tories and Labour people all my life in Parliament. I think people often say why don’t you work together? And sometimes working together is a very good thing.”

Note the assumption in his words that politicians can work out amongst themselves what is, “the best deal for Britain”, rather than stating what they think should be done to improve the country and allowing the electorate to decide if they agree.

Remember also the chilling words found in the New Labour manifesto of 1997: “New Labour is the political arm of none other than the British people as a whole.” Any party which claims to be the party of an entire people is making the case for a one-party state, any dissent from such a party would in these circumstances be considered contrary to the interests of the British people. 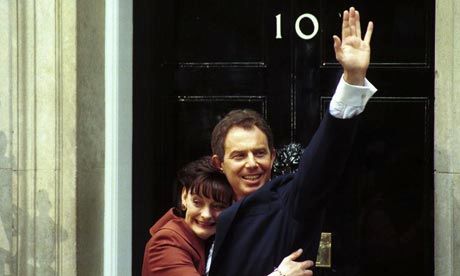 The Blairs outside No. 10 Downing Street

The power of New Labour was such that this phrase was barely noticed. It was also this great power which forced other political parties to scuttle towards the New Labour centre-left, like Indians dancing around a Blairite totem pole. Thus the consensus which was apparently built by the Coalition has in fact existed for years, and, like most consensuses once they are formed, it has become the only acceptable corpus of political beliefs in town.

Think Labour would take a different approach to the economy? Then you should pay more attention to Ed Balls, who has been tacitly admitting Labour wouldn’t reverse Coalition spending cuts throughout this year. Why would he? There have barely been any.

Think Michael Gove’s education reforms are anathema to the left? They were pioneered by Andrew Adonis. These days you couldn’t fit a whisker into the differences between Labour, the Conservatives, and the Lib Dems.

What has been the effect on the electorate of this representation of the people? Since all of us are represented, surely we are all continuing to support our representatives? Not so, in 2010 34.9% of the electorate did not vote. In 2005 that figure was 38.7%.

If you have ever wondered exactly who a politician is referring to when he says he must represent “all the people”, or why exactly he must bow before the conditions put forward by politicians who are supposed to be his rivals, demand of him an answer. Very often he will be using this as an excuse to further objectives with which he knows you disagree, like a national game of Mafia.